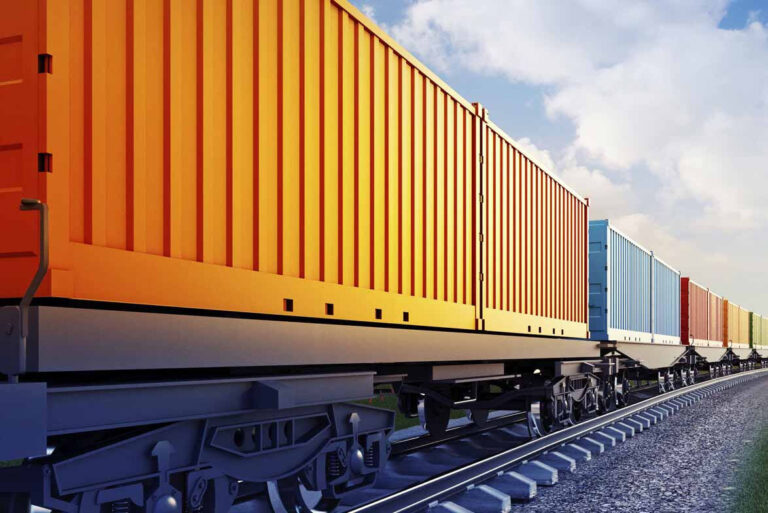 The container block train will reportedly travel through these three Caspian Sea littoral countries to carry paper-based products in thirty-two 40-foot containers to the final destination in India.

ADY Container LLC, the Azerbaijani operator of the train, said the pilot project was implemented to assess the transportation results, which could help organize regular cargo deliveries along the corridor.

“The rail platforms, which were sent to Finland for container loading, are owned by ADY Container LLC,” the company said in a statement.

“Such an act for the implementation of this project has been undertaken by the company in order to stimulate the organization of regular transcontinental block trains within the INSTC.”

Multimodal transportation means, including rail, road, and ship, will move the containers to the Nhava Sheva Port, the largest container port in India.

The International North-South Transport Corridor is a 7,200 km (4,474 mi) multimodal network of rail, road, and sea routes. The route is supposed to shorten the length of time it takes to transport cargo between South Asia and Russia and the Baltic Sea area, from six to three weeks, and open an all-new distance, which is 3,000 km (1,864 mi) shorter than conventional routes.

All countries involved are expected to benefit from the route. Located between Iran and Russia, Azerbaijan will expand its transit potential as a critical hub situated at the crossroads of Europe and Asia. In addition, the INSTC is expected to facilitate the integration of landlocked Central Asian countries into the global trade and transport network.

Meanwhile, the corridor is believed to become an alternative to traditional intercontinental cargo transportations over time in the light of the one-week blockage of Egypt’s Suez Canal, which has paralyzed global trade in billions of dollars in March.

“The North-South corridor is a great option to replace the Suez Canal with a reduction in travel times to 20 days and savings of up to 30 percent,” Iranian Ambassador to Russia Kazem Jalali wrote on his Facebook after the incident at the Suez Canal.

He further added that the billions in a loss increased the importance of the INSTC as an alternative to the global trade route. 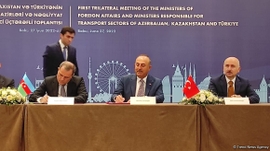 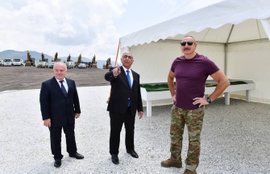