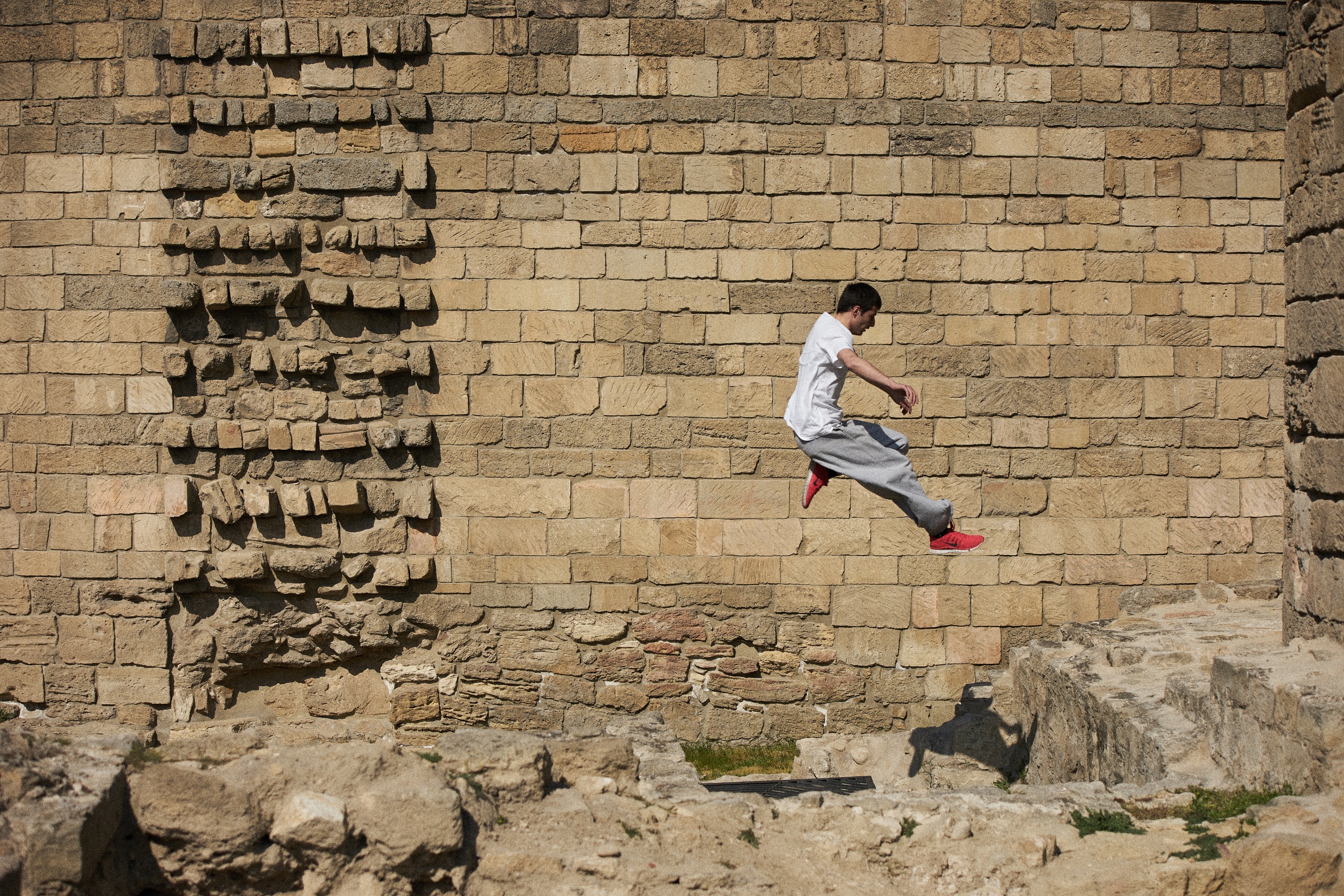 Hundreds of people watched and enjoyed a parkour show – a dynamic fitness and sports performance – held on April 8 in Icherisheher, the historical center of Baku.

The open-air sporting event featured performances by Swiss and Azerbaijani traceurs, who were running and jumping in front of the famed Maiden Tower, a Historical Monument listed under the UNESCO World Heritage List.

The show was co-organized by the Swiss embassy, the Icherisheher Historical-Architectural Reserve and the International Eurasia Press Fund. 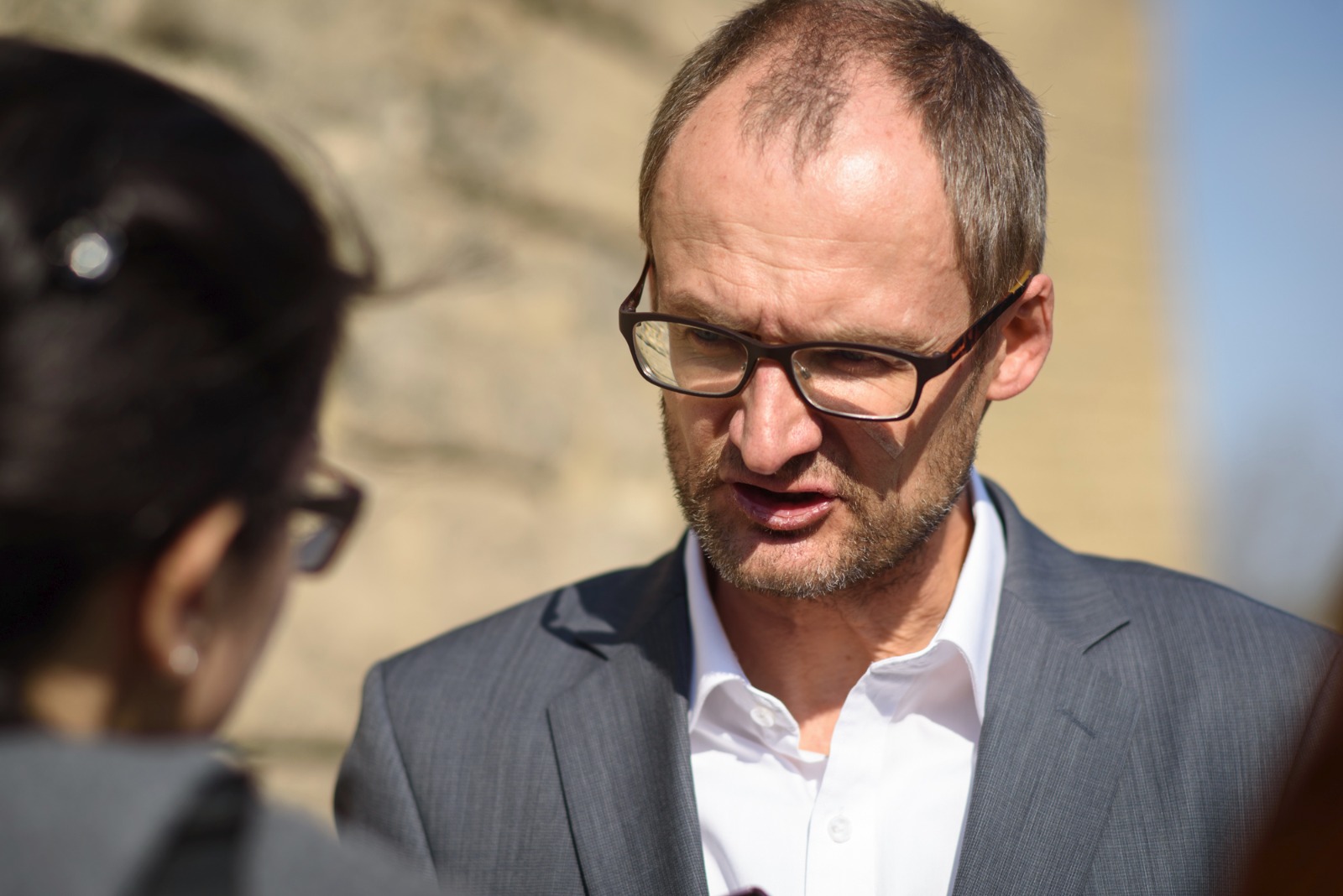 Swiss Ambassador to Azerbaijan Phillip Stalder says the parkur show in Baku was held within the Francophonie Days, which is observed once a year by all French-speaking countries. / Farid Mammadov / Caspian News

The performance was held within what are known as Francophonie Days, a period observed every year by all French-speaking countries around the globe.

“Last year we brought Swiss cuisine to Baku and organized a cooking master-class. We also show movies sometimes, but this year we decided to hold a sporting event,” Stalder explained.

Following the event, Swiss traceur Kevin Krupi said he was happy that so many people turned out to see the show.

“I loved Baku, especially the people. We enjoyed today’s event a lot. I hope that this event will attract Azerbaijani youth to try parkour,” Krupi told Caspian News.

Founded in the early 1990s by French actor, film choreographer and stunt coordinator David Belle, parkour has spread around the globe. The sport, which originated from military training and is considered a non-combative martial art, includes running, climbing, swinging, vaulting, jumping, rolling and other movements, with an aim to get from one point to another without assistive equipment and in the fastest and most efficient way possible. 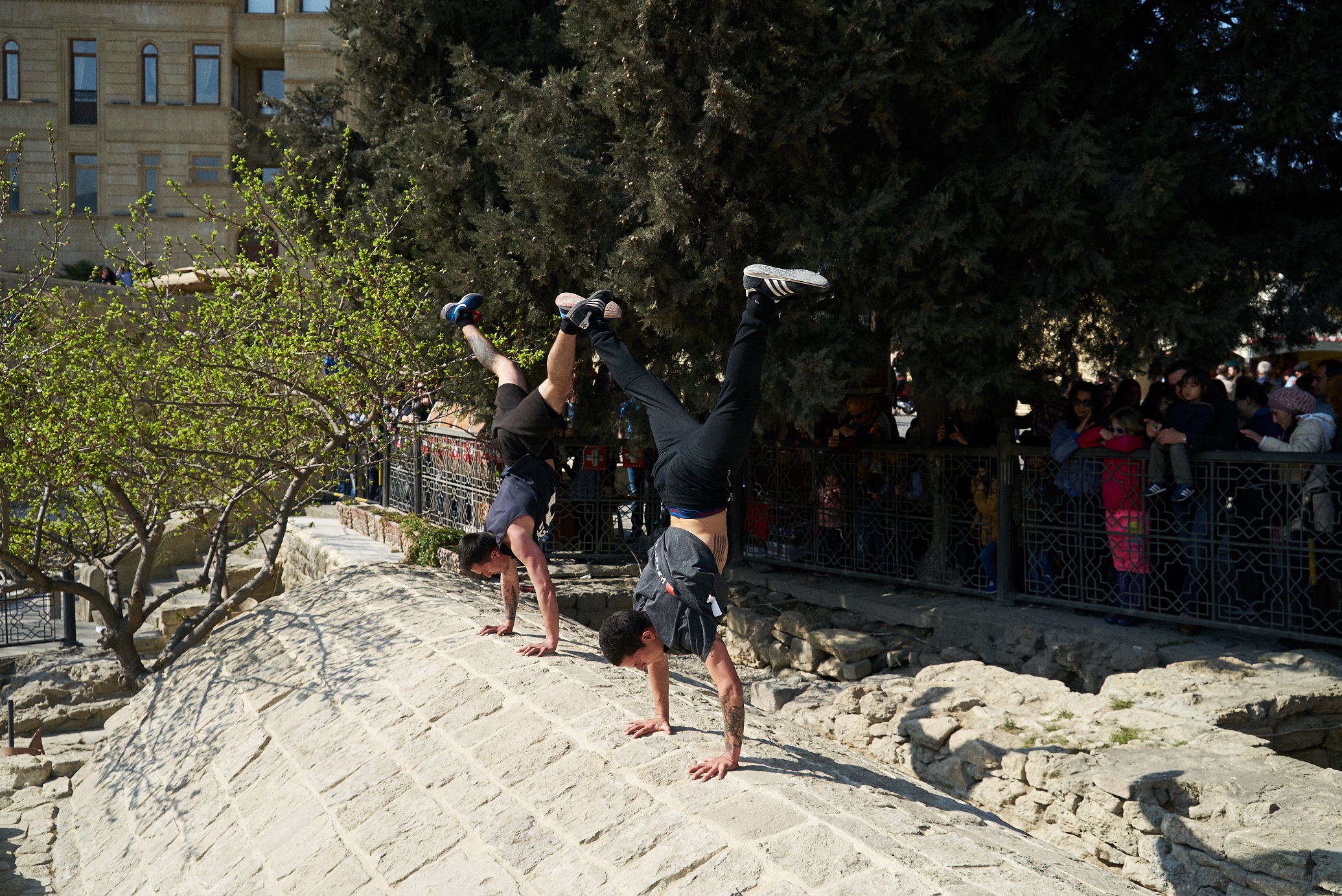 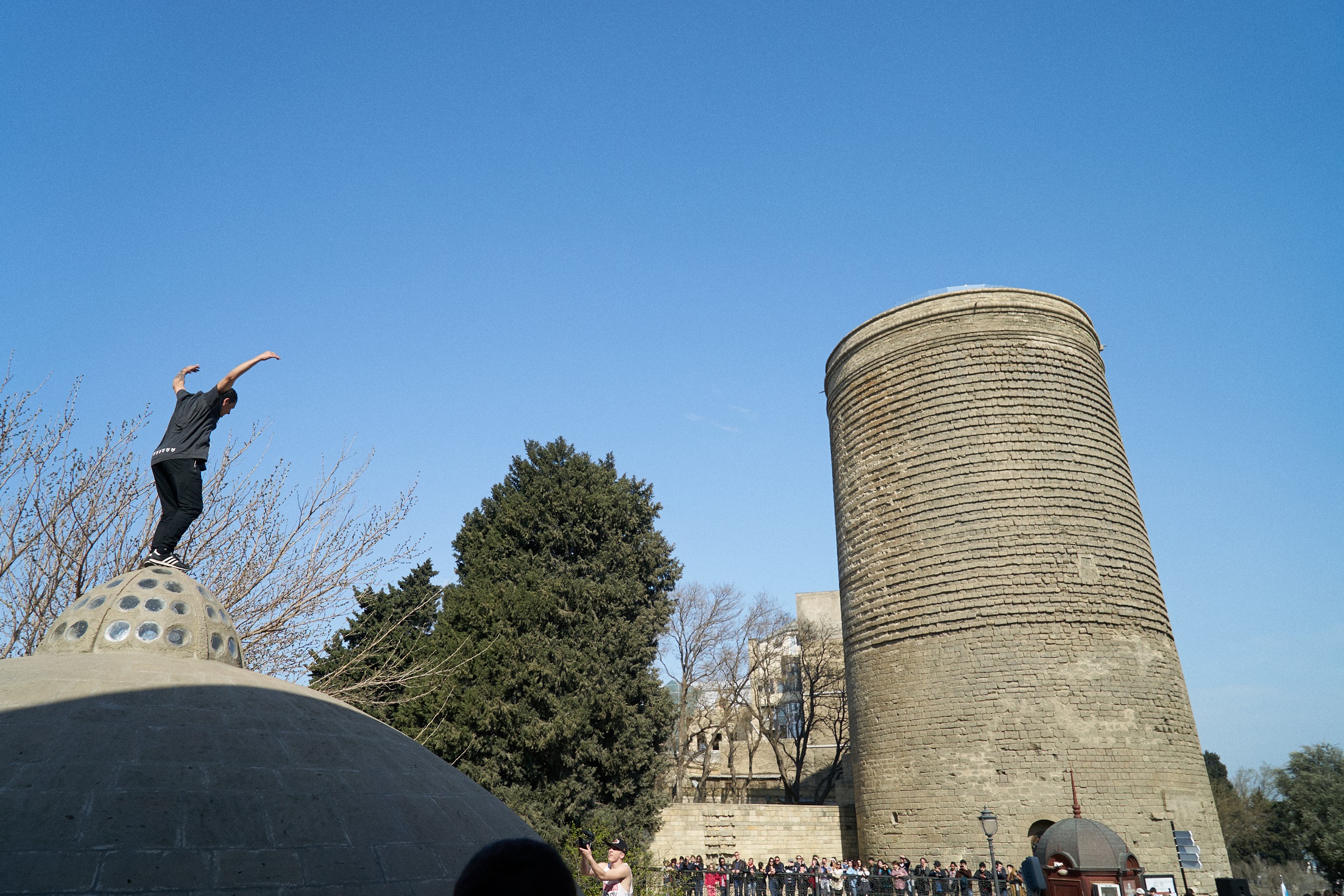 Swiss and Azerbaijani traceurs running and jumping in front of the Maiden Tower, a medieval archi... 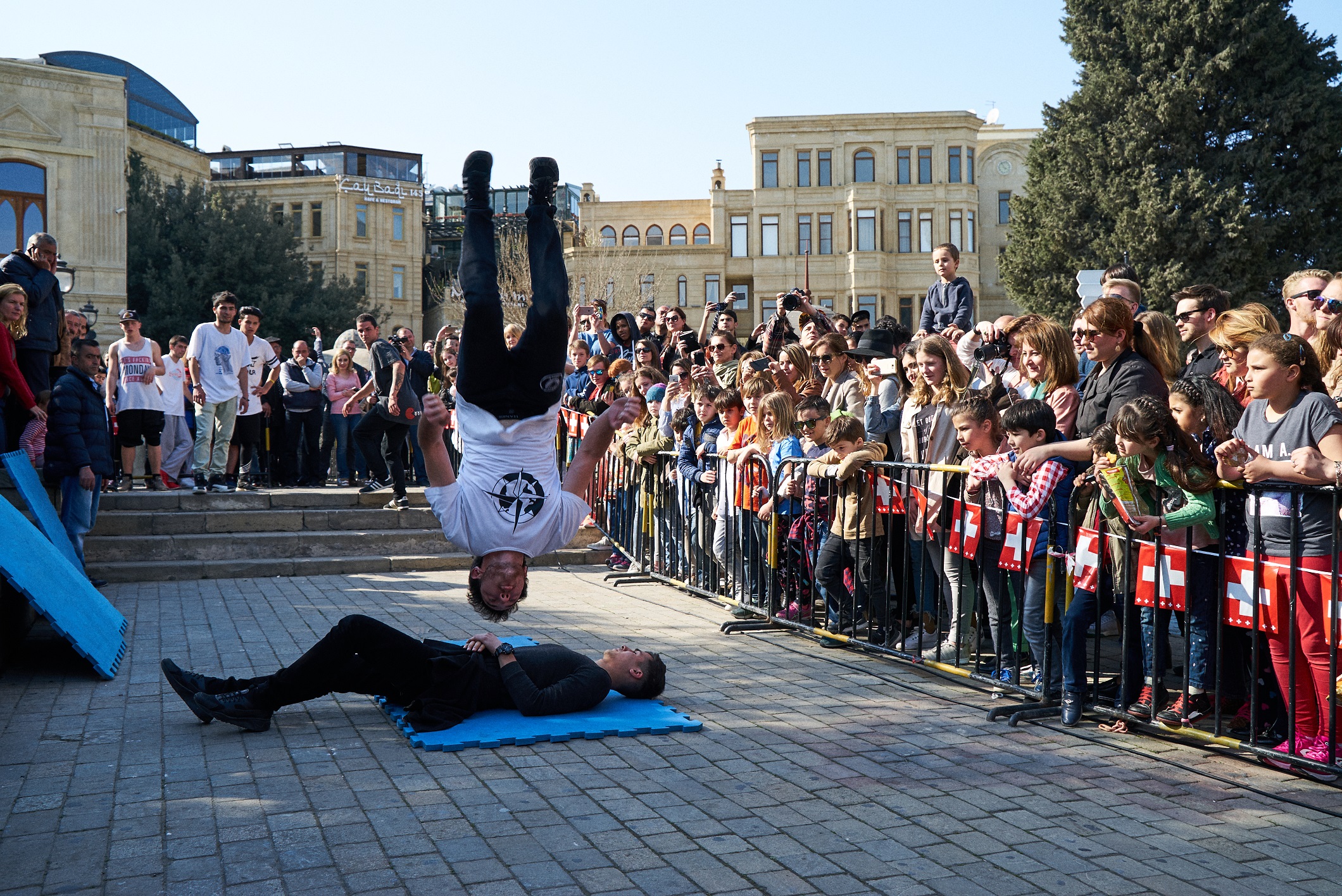