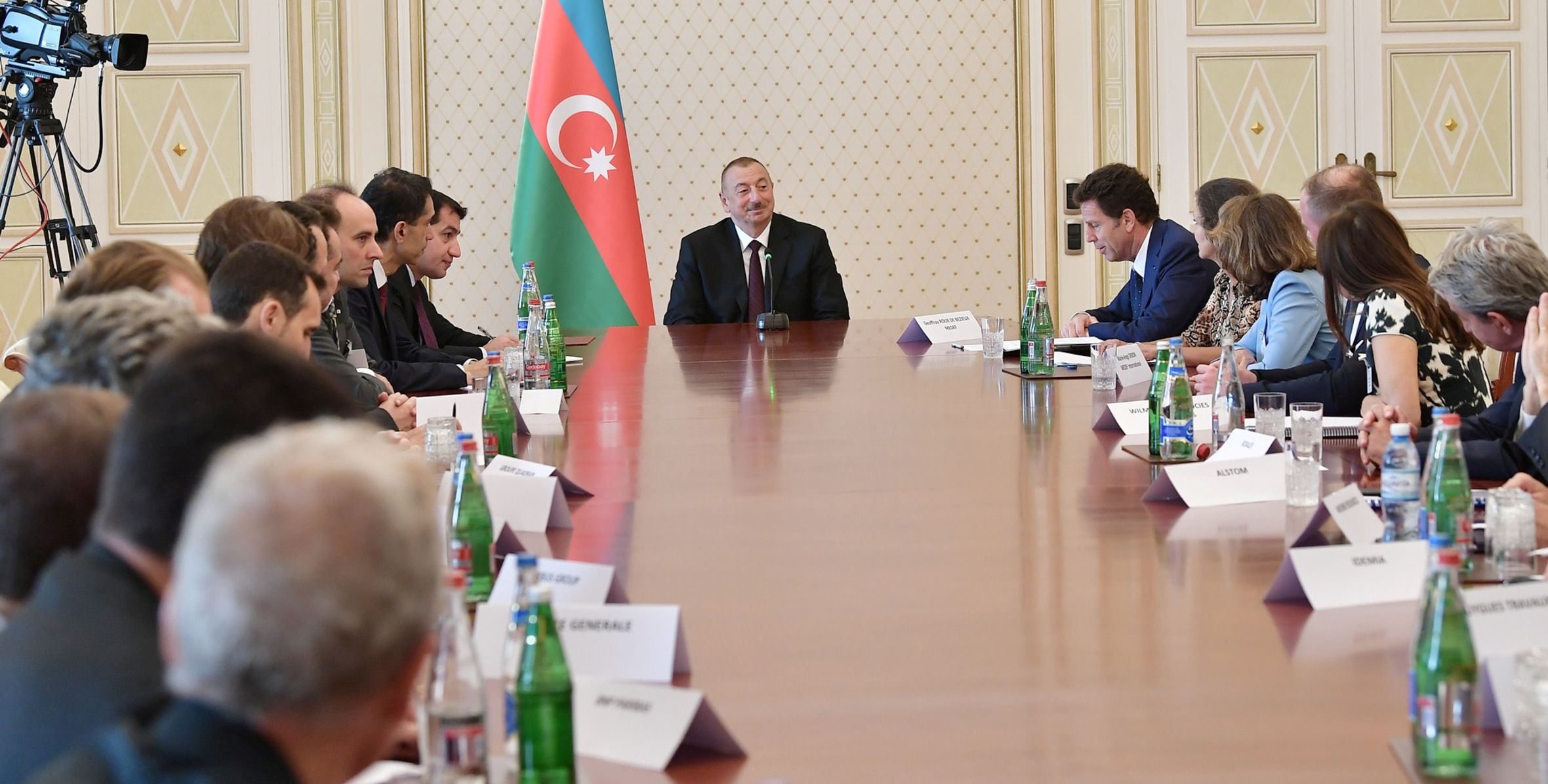 President Ilham Aliyev received MEDEF delegation in Baku on July 10, 2019. This was his third meeting with MEDEF members over the last three years / President.Az

Azerbaijan continues to draw in European entrepreneurs and businesspeople. The Movement of the Enterprises of France (MEDEF), a business federation based in Paris, recently sent a delegation of business leaders to Baku.

The delegation, led by MEDEF President Geoffroy Roux de Bézieux, met with Azerbaijan’s President Ilham Aliyev, the First Vice-President Mehriban Aliyeva and other senior officials, to discuss the potential for French businesses to invest in the South Caucasus largest economy.

“Azerbaijan's economic development is rapidly going on. At present, we are mainly working on diversifying our economy. Because this is a key priority,” President Aliyev said in his meeting with the MEDEF delegation on Wednesday, according to the president’s official website.

“Today, our main task is to reduce dependence on the oil and gas sector. We are trying to do our best to diversify our economy. This is not easy, but I think we've made good progress.”

Over the current year, Azerbaijan has seen a 15 percent growth in the non-energy industry and a 13 percent increase in the agriculture sector, illustrating what President Aliyev calls the “diversification policy” of Baku.

“MEDEF is an organization of 170,000 member companies. It is very important for us to support these companies and convince them that Azerbaijan has great potential [for business],” de Bézieux said, for his part.

MEDEF’s meeting on Wednesday in Baku was the sixth of its kind between the organization and Azerbaijani government officials. The French delegation included companies representing 12 sectors, such as banking, construction, energy, environment, event promotion and new technologies.

As of 2017, 50 French companies operated in Azerbaijan, amounting to roughly $2 billion investments, and the two sides also have a chamber of commerce and industry, founded in 2014 by four Azerbaijani and four French companies.

The business and investment climate in Azerbaijan has been improving in recent years. In the World Bank’s 2019 Ease of Doing Business Report, Azerbaijan ranked 25 among 190 countries. In 2017, it was positioned at 57. The country outpaced its Caspian region neighbors: Kazakhstan ranked at 28, Russia at 31, and sanctions-laden Iran at 128.