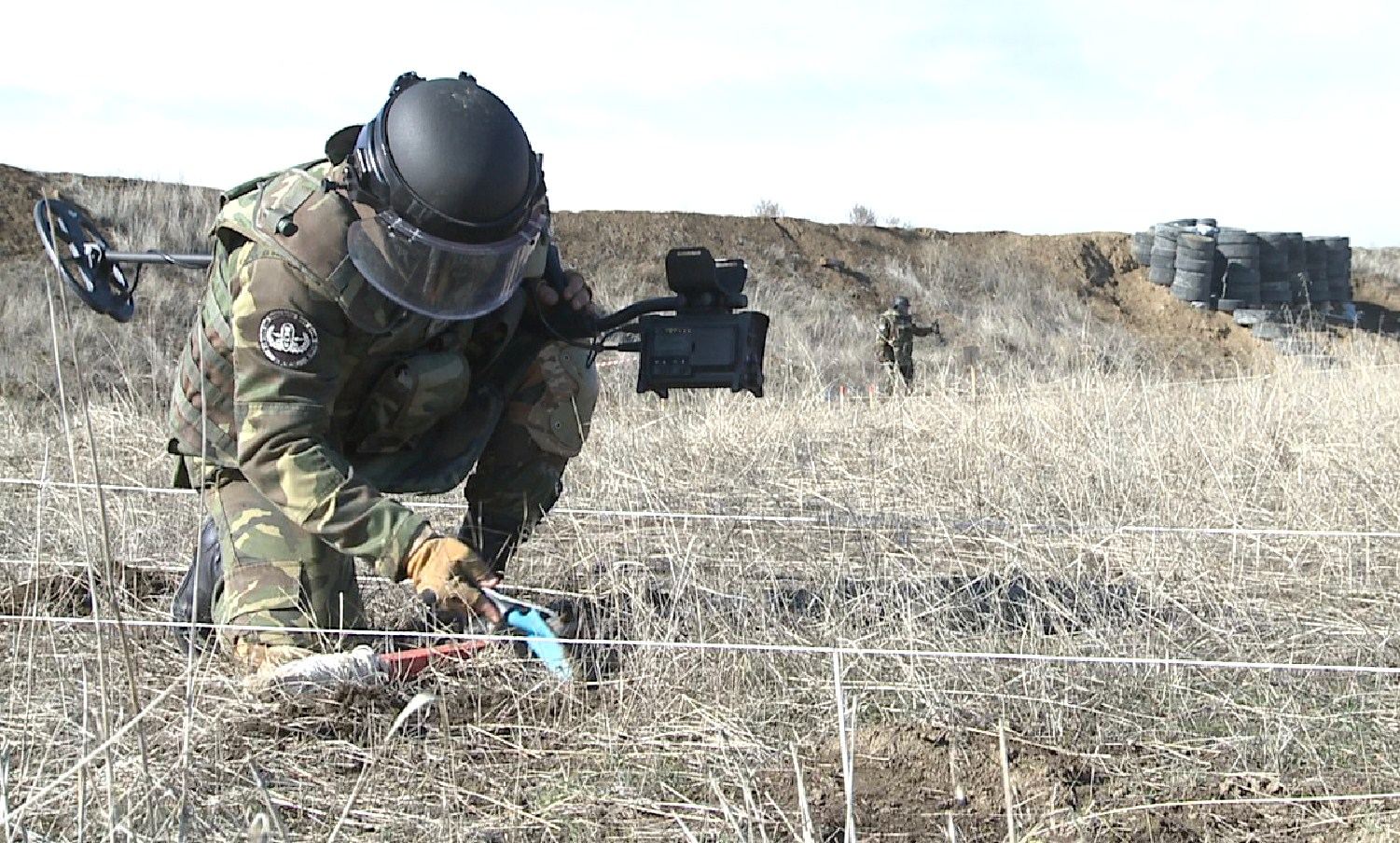 France’s government plans to donate 400,000 euros (or $473,000) to Azerbaijan’s mine action in the Karabakh region, heavily contaminated with landmines during nearly three decades of Armenian occupation.

“Another area where intl [international] cooperation is needed is demining, so internally displaced people can return to their land,” Zacharie Gross, the French ambassador to Azerbaijan, tweeted on Wednesday.

“The areas in Karabagh that require demining are huge. So, I was happy to officially inform ANAMA that France is keen to donate 400 000 euros to demining this year,” the diplomat added, referring to Azerbaijan National Agency for Mine Action.

France followed in the footsteps of the United Kingdom, whose government last week allotted half a million pounds (or $693,000) for the same purpose.

The Karabakh (Garabagh) region, which is an internationally recognized territory of Azerbaijan, has been mined heavily during their nearly 30-year-long occupation by Armenia since the early 1990s. Armenia kicked off full-blown military aggression against Azerbaijan following the Soviet Union’s dissolution in 1991. The bloody war lasted until a ceasefire in 1994 and saw Armenia occupying 20 percent of Azerbaijan’s internationally recognized territories. Over 30,000 Azerbaijanis were killed, and one million were expelled from those lands in a brutal ethnic cleansing policy conducted by Armenia.

According to data compiled by Azerbaijan’s foreign ministry, more than 15,500 hectares (38,300 acres) have been cleared from over 46,500 landmines and unexploded ordnances as of September 6.

Earlier this year, Armenia submitted some minefield maps of the once occupied Aghdam, Fuzuli, and Zangilan districts of Azerbaijan. The maps, which reportedly identify the coordinates of a total of 189,000 anti-tank and anti-personnel mines, have been swapped for 30 Armenian saboteurs detained after the ceasefire. However, the inaccuracy of these maps and Armenia’s refusal to provide other maps hampers the demining process.

Mines planted in the once occupied but recently liberated Azerbaijani lands pose serious threats to the life of civilians, leading to fatal consequences.

After the ceasefire, 160 Azerbaijani citizens were killed or injured by Armenian landmines in the liberated lands. On June 4, two journalists and a government official in Azerbaijan were trapped in a fatal mine explosion in the Kalbajar district.