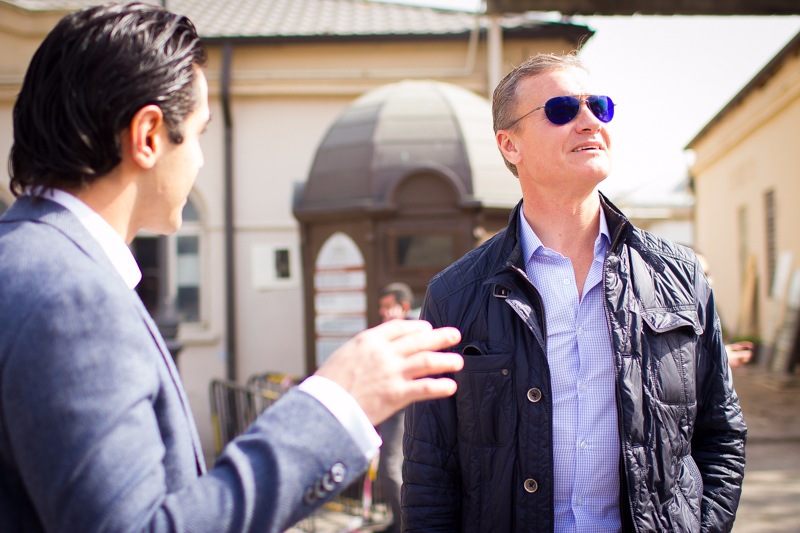 British racecar driver David Marshall Coulthard weighed in on the competitiveness of the Baku City Circuit (BCC), a racing circuit constructed alongside the city’s seaside boulevard, as Azerbaijan gets ready to play host to its second Formula 1 Grand Prix competition.

“Narrow parts of the circuit will particularly challenge the cars. We’ll see a great competition. Looking forward to be back to Baku this summer,” Coulthard said.

Coulthard was runner-up in the 2001 Formula One World Drivers' Championship, driving for the British Formula One team based at the McLaren Technology Centre in England.

The specially-constructed BCC is the second-longest Formula 1 track in the world, with a length slightly over six kilometers. The toughest point in the BCC is its narrowest, measuring 7.6 meters wide. The circuit incorporates Baku’s UNESCO-protected old city, the Icheri Sheher historical-architectural reserve, as well as the city’s modern skyline and Caspian Sea promenade.

The track begins at Freedom Square, loops around Government House before heading west to Maiden Tower, and then segues into a narrow, uphill traversal that circles the Old City before opening up onto a 2.2 km stretch along the seaside, on the way to the finish line.

Last year’s Formula 1 race in Baku was the fastest among urban racing tracks. Williams’ pilot Valtteri Bottas set an all-time record when he was clocked at a top speed of 378 km/h on the 2.2 km long straight of the BCC.