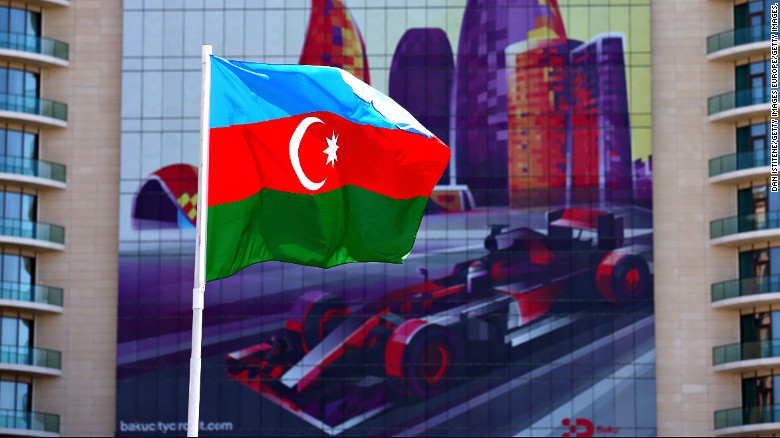 The Azerbaijan flag flutters in front of a poster promoting European Grand Prix in Baku / F1: News adventures in Azerbaijan

Tourism revenues in Azerbaijan saw a 20% increase in the wake of the Formula-1 Baku Grand Prix 2016 held in Baku last summer. Arif Rahimov, organizer of the event, said that it was a “huge success” for Azerbaijan, a country bridging Asia and Europe situated on the west coast of the Caspian Sea.

“For the first half of 2016, we had 20 times the currency income from tourism in-flow as it was in 2015,” Mr. Rahimov told Formula 1 broadcaster James Allen. Azerbaijan’s ten year contract of hosting the race will run until 2025. Whereas the majority of tourists during the Formula-1 Baku Grand Prix were from Russia, many visitors also hailed from Western Europe (particularly Germany) and the United Kingdom.

“It is important for us to expand into new sources of income for the country because obviously the oil prices are not optimal for us right now and we’re really trying to make sure that we do something else to add some economical income in the country.”

The Baku City Circuit is an ultra-sophisticated street circuit, whose construction, organizers said, was a “big challenge and a big logistical operation” due to its location in the city center. The circuit immediately gained world-wide recognition, as the fastest street circuit on the Formula 1 calendar.  The race was one of the milestone sports events in the history of Azerbaijan since its independence from the Soviet Union in 1991.

Due to increased tourism in Azerbaijan, a National Tourism Promotion Bureau is to be established under the Ministry of Culture and Tourism. The creation of the bureau will be based on the Strategic Roadmap to Develop Specialized Tourism Industry, approved by President Ilham Aliyev on December 6, 2016.

A main objective of the Bureau will be to boost the number of accommodations in hotels and hotel-type facilities in Baku from 0.8 million to roughly 3.65 million by 2020. A tourism calendar will also be created to coordinate all major events that promise a big tourist inflow to the country.