Former US Commander Calls For Closer Ties With Azerbaijan and Turkey 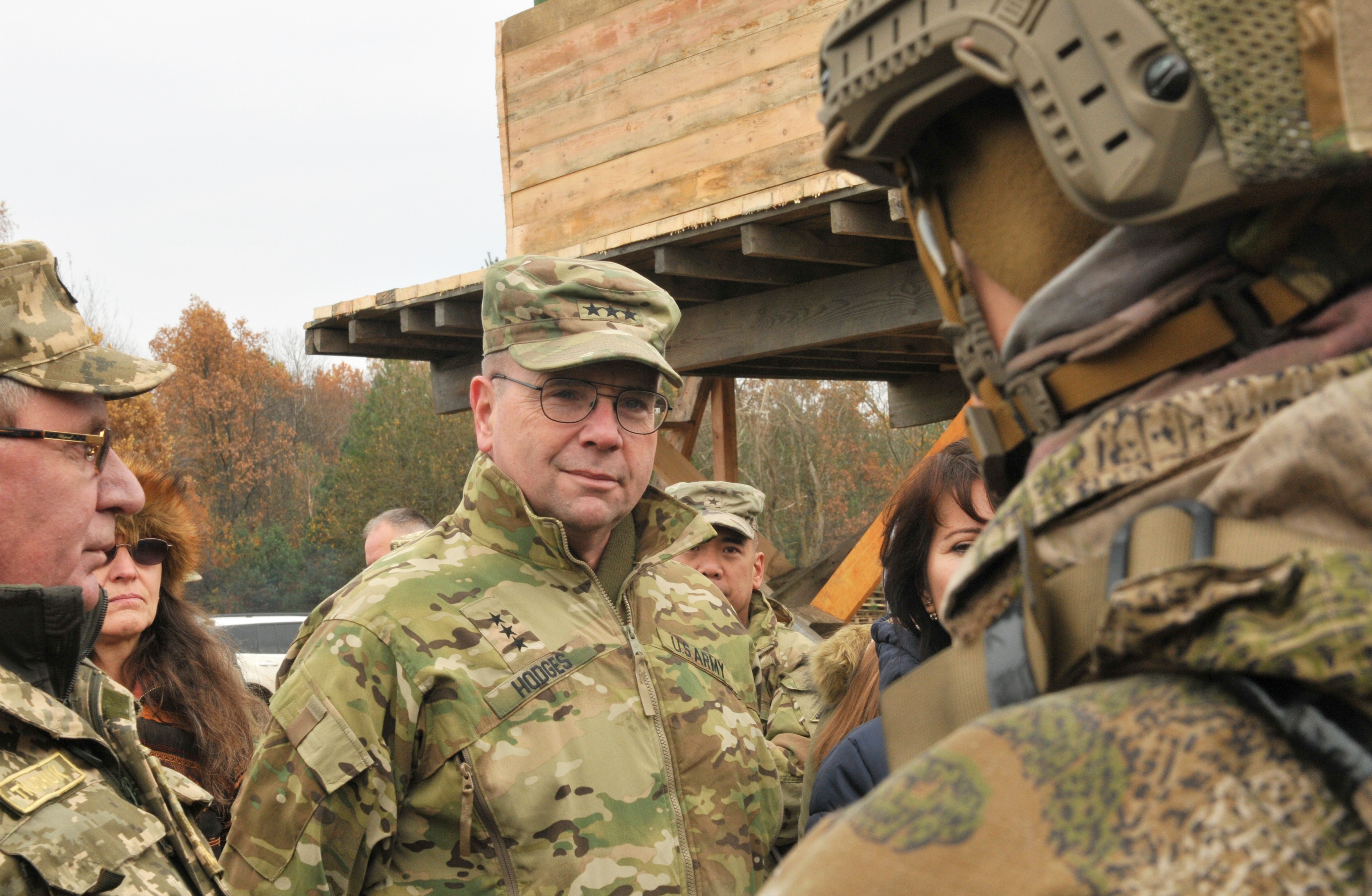 A former commander of the US army has linked the latest outbreak of hostilities between Armenia and Azerbaijan to the West's failure to build a consistent presence in the greater Black Sea region, including the South Caucasus.

Lieutenant General Ben Hodges, a retired US Army officer who served as commanding general for the United States Army in Europe, was quoted by EU Observer as saying that the US and Europe are observing the impact of the fighting in the Karabakh region of Azerbaijan from the sidelines. The wider South Caucasus has been long-neglected by most countries in the West, he explained.

"For the United States and Europe, standing on the sidelines is no longer a viable option. The Nagorno-Karabakh region, internationally recognized as a part of Azerbaijan, is the only east-west land corridor connecting Europe and Eurasia which doesn't go through Russia or Iran," Hodges said.

The US and France, two of the countries involved in the Nagorno-Karabakh (Daghlig Garabagh) conflict's resolution as co-chairs of OSCE Minsk Group alongside Russia, could not reach a lasting settlement to the conflict over nearly three decades of shuttle diplomacy. During the latest Armenia-Azerbaijan clashes, Washington responded by calling for restraint and hosting a meeting with the foreign ministers of the two countries.

Meanwhile, France has openly taken Armenia's side in the conflict despite its obligation to remain neutral under the co-chairmanship mandate. On the third day of clashes between Armenia and Azerbaijan on September 30, French President Emmanuel Macron voiced solidarity with Armenia. Paris supplied humanitarian aid to ethnic Armenians in the conflict zone. Despite President Macron's confirming Nagorno-Karabakh and surrounding areas as internationally recognized territories of Azerbaijan on November 22, the French Senate passed a controversial bill on November 25 to urge the government to recognize the illegal separatist regime in the Nagorno-Karabakh region of Azerbaijan as an independent state.

Russia played a major role in ending the hostilities between Armenia and Azerbaijan by positioning itself as one of the signatories of the trilateral ceasefire statement. The ultimate role of Moscow in the conflict came as a peacekeeper. The agreement addressed the deployment of a Russian peacekeeping contingent in the Nagorno-Karabakh region of Azerbaijan for monitoring the adherence to the ceasefire by both Armenia and Azerbaijan. Currently, around 2,000 peacekeepers serve in observation posts deployed in the region.

The Trump administration later voiced satisfaction with the cessation of hostilities on November 10.

US General Ben Hodges said the recent developments show that the world has entered into a new era of great-power competition, which can prevent great-power conflicts.

"The competition must encompass all domains: diplomacy, information, military, and economy. We [the West] must step up efforts to protect international law and work more closely with stakeholders on the ground to create some of the conditions for a lasting peace between Azerbaijanis and Armenians. This will require sustained diplomatic effort as well as economic support and private investment opportunities," he explained, adding that the West must also closely monitor the deployment and activities of Russian peacekeepers in the Nagorno-Karabakh region of Azerbaijan.

Hodges went on to add that Turkey is a crucial player for the West to stay relevant in the region and help keep the peace.

"It's time for Turkey-US and a Turkey-Nato 2.0 - we need to repair and update these relationships. Nato needs Turkey as its focal point of defence and security in that part of the world for the coming century. This is vital if Nato members want to compete successfully in the greater Black Sea region," he stated.

Turkey has accelerated its involvement in solving the conflict between Armenia and Azerbaijan through firm diplomatic support to the latter. Since the start of military operations in the Karabakh region of Azerbaijan in September, top Turkish officials, including the president, the foreign minister, and the defense minister have voiced Ankara's solidarity with Baku. Turkish peacekeepers will be deployed in a monitoring center in the Karabakh region next to their Russian counterparts. The parliament has approved and the president has signed into law the transfer of a contingent to the center, which will be established on a site chosen by Azerbaijan.