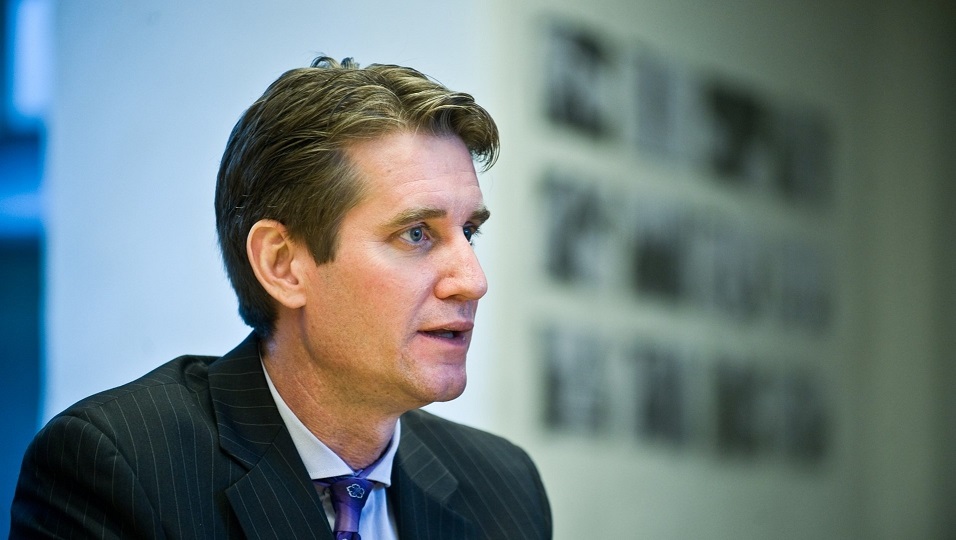 Two weeks have passed since Armenia’s Prime Minister Nikol Pashinyan met with the President of Azerbaijan Ilham Aliyev in the Tajikistani capital of Dushanbe, but analysts continue to weigh in on the motives of their conversation.

Matthew Bryza, a former American diplomat who served as the U.S. ambassador to Azerbaijan and a former Co-Chair of the OSCE Minsk Group, says Pashinyan’s intent in talking to President Aliyev may be linked to Armenia’s internal problems.

“I believe Prime Minister Pashinyan decided to meet with President Aliyev because Pashinyan seems to realize the way Armenia deals with its problems must change,” Bryza told Caspian News. According to some reports, it was Pashinyan who had requested the meeting, held on September 28 on the sidelines of a meeting of the CIS Council of Heads of State.

“Just as his predecessors failed to resolve Armenia’s economic difficulties or carve out its greater independence from Russia, so did they fail to make any progress toward a framework agreement for a settlement of the Nagorno-Karabakh conflict,” Bryza said.

In live stream video posted to his Facebook account following the meeting, Pashinyan said he had considered the dialogue with President Aliyev in Dushanbe important for establishing contact, preventing military escalation, and showing commitment to diplomacy and negotiation. Pashinyan said that a read-out of the talks would be conveyed officially to the members of the OSCE Minsk Group, reflecting that both sides have agreed to establish a direct link between the two neighboring South Caucasus countries.

Bryza said the talks may contribute to reducing military tensions between Armenia and Azerbaijan, but more should be done.

“These talks between President Aliyev and Prime Minister Pashinyan achieved modest but positive results in terms of an agreement to reduce military tension along the Line of Contact and the Armenia-Azerbaijan border,” he noted.

“Agreeing to such confidence-building measures has not always been easy. Moreover, the two leaders now seem to have established a certain rapport. Both of these steps are necessary to regenerate momentum in the peace process mediated by the OSCE’s Minsk Group.”

The Minsk Group, as part of the Organization for Security and Cooperation in Europe (OSCE), is a special mediation tool focused on finding a peaceful solution to the decades-old Nagorno-Karabakh conflict, which came about as a result of the Armenian aggression after the collapse of the Soviet Union in 1991. Three senior diplomats, from France, Russia and the United States, act as the group’s co-chairs.

Despite the recent diplomatic overtures coming from Yerevan, Pashinyan’s bellicose rhetoric on the issue of Nagorno-Karabakh conflict since his rise to power in the wake of a revolution in May has not cemented confidence at all in Baku about his intentions.

Armenian Prime Minister Nikol Pashinyan made remarks in Moscow during his visit on September 8 saying that Baku must be open to negotiating with a self-created regime in Khankendi – the central city of the Nagorno-Karabakh region, despite it not being recognized internationally and never considered by officials in Baku as being legitimate.

In a meeting with Armenian businesspeople in Moscow on September 8, Pashinyan, who has made three separate visits to the occupied Azerbaijani region, said he sees Nagorno-Karabakh region as part of Armenia’s territory and that it should be incorporated into the country at some point in the future.

“As I have said before, [in the future] I see Artsakh as part of Armenia, and the path toward this status may consist of more steps than one,” he said, using the name for what Azerbaijanis call the Nagorno-Karabakh region.

President Aliyev hit back on those remarks in a speech he made just four days later, in which he accused Armenia’s leadership of not being aware of its responsibility to end the conflict and take steps to de-escalate tensions along the Line of Contact, which separates Armenian and Azerbaijani forces.

“Resurrecting Yerevan's demand that Azerbaijan negotiate with the unrecognized government of Nagorno-Karabakh, rather than with the sovereign government of Armenia, may have struck the Armenian Prime Minister as a clever move while he was a revolutionary, but then proved to be totally impractical once he acquired real authority for running the Armenian Government,” Bryza told Caspian News.

Azerbaijan's Nagorno-Karabakh region and seven surrounding districts were occupied by Armenia during a war that lasted for four years, claiming the lives of over 30,000 Azerbaijanis and displacing one million more. Armenia has ignored four UN Security Council resolutions to withdraw its forces from the regions, perpetuating the conflict and maintaining what are high tensions between the two countries that were once part of the USSR.