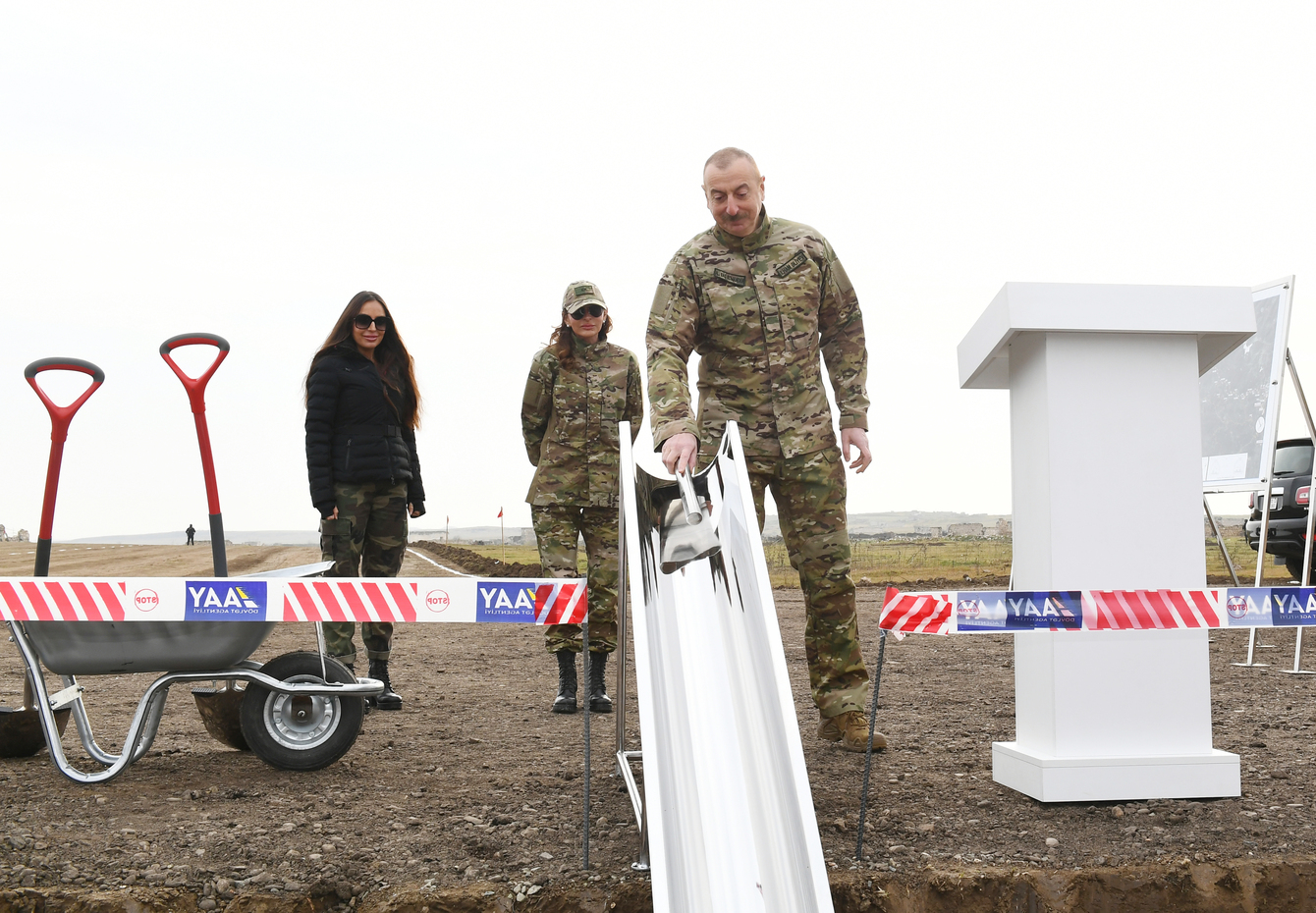 After liberating its historical lands in the Karabakh region, the government of Azerbaijan is now pushing ahead with plans to revive the territories that were occupied and devastated by Armenia.

President Ilham Aliyev said the restoration of the Karabakh region is of special significance to Azerbaijan and vowed do his best to revive the regions that suffered heavily from the nearly three decades of Armenian occupation since the early 1990s. According to official data, 700 historic and cultural monuments; 927 libraries; 808 cultural centers; 85 music and art schools; 22 museums with over 100,000 artefacts; 4 art galleries, 4 theaters, 2 concert halls, as well as tens of thousands of residential buildings and houses were damaged or destroyed in Azerbaijan's Karabakh region by Armenia from 1991 through 2020. The entire infrastructure in the once occupied Aghdam, Fuzuli, Jabrayil, Zangilan, and Gubadli districts were all but razed to the ground. The overall cost of destruction is estimated to be tens of billions of dollars.

The detailed calculation of damages and devastation started after the liberation of over 300 settlements, including the cities of Jabrayil, Fuzuli, Zangilan, Gubadli, and Shusha in the Karabakh region by the Azerbaijani army in six-week-long counter-attack operations from September 27 - November 9. The sovereignty of Azerbaijan was restored in three more districts – Aghdam, Kalbajar, and Lachin – in non-combat conditions under the tripartite ceasefire statement inked by Armenia, Azerbaijan, and Russia on November 9.

The Azerbaijani government had already rolled out a major reconstruction campaign in the liberated lands, dubbed the "grand return." A total of $1.3 billion is allocated from this year's state budget for the restoration and reconstruction of those territories. Last week, the ground was broken for a new highway and an airport in Fuzuli. Work on new roads has begun in Talish and Sugovushan villages of the Tartar district. Series of economic and cultural events are offered to be organized in various corners of the Karabakh region this year.

Authorities of the country rely on both national and foreign investments in reviving the war-torn region. The government is looking to simplify the legal procedures, offer legislative amendments and update the base price list for the ordered construction materials for facilitating, in particular, the foreign direct investments in the restoration of the Karabakh region. A Turkish model will reportedly be applied in the construction tenders where the base price is submitted by the ordering institution.

Some countries have already expressed interest in supporting reconstruction of the liberated Azerbaijani territories. Turkish companies are building a new highway from Fuzuli to Shusha. The Azerbaijani Innovation Agency has signed a memorandum of understanding with the leading GOSB techno-park of Turkey for the creation of a joint high technologies park in the Karabakh region, where cutting-edge researches and production of high-tech devices will be realized.

The Turkish state-owned Ziraat Bank intends to open a branch in the Azerbaijani city of Shusha. The bank's officials in Azerbaijan said Friday that the internal procedures are being completed now and the branch in Shusha will be opened after obtaining necessary permits from the Azerbaijani authorities. According to the bank officials, the opening date depends on the decision of the authorities of Azerbaijan. Meanwhile, chairman of the Turkish TÜMKİAD association, which unites leading business people and entrepreneurs in Turkey, revealed plans about a $50 million investment in the liberated lands in Azerbaijan's Karabakh region. Textile is defined as the key area for the multimillion investment.

The British government is also looking to support technological development of the Karabakh region. The kingdom's ambassador to Azerbaijan, James Sharp said in December that he discussed the establishment of "smart cities" in the region with the Azerbaijani government officials.

Meanwhile, the Ansaldo Energia company of Italy received in December a contract worth €5 million ($6 million) for providing equipment for four power substations to be built in the Karabakh region. The substations with a capacity of 110 kilowatts each will reportedly be located in the Aghdam, Fuzuli, Gubadli, and Kalbajar districts liberated from Armenia's occupation. Equipment delivery is to be completed by the end of March and the facilities will be built and come online by the end of June 2021, according to media reports.

The Hungarian government is also keen to join the rebuilding of the Karabakh region. The country's Foreign Affairs and Trade Minister, Péter Szijjártó held a virtual meeting with the Azerbaijani labor minister last week to discuss the options for involving Hungarian companies in the reconstruction projects. Minister Szijjártó said the national Exim Bank has already opened a $100 million credit line for the Hungarian companies intending to take part in the revival of the liberated Azerbaijani lands. Moreover, the Hungarian government offered €25,000 in assistance for demining operations in the once occupied territories with the aim of reducing the consequences of the war, according to the minister.

Companies from Israel, Japan and Iran are ready to invest in the reconstruction projects in the Karabakh region, according to media reports. The Energy Ministry of Azerbaijan recently discussed the creation of a "green energy zone" in the Karabakh region with the representatives of the United Nations (UN), the European Union Delegation to Azerbaijan, the UN Development Program, the US Agency for International Development, the German Society for International Cooperation, the World Bank, the International Finance Corporation, the European Bank for Reconstruction and Development, and the Asian Development Bank.