Following Military Operations By US & Iran, Experts Weigh In On What Azerbaijan’s Position Should Be 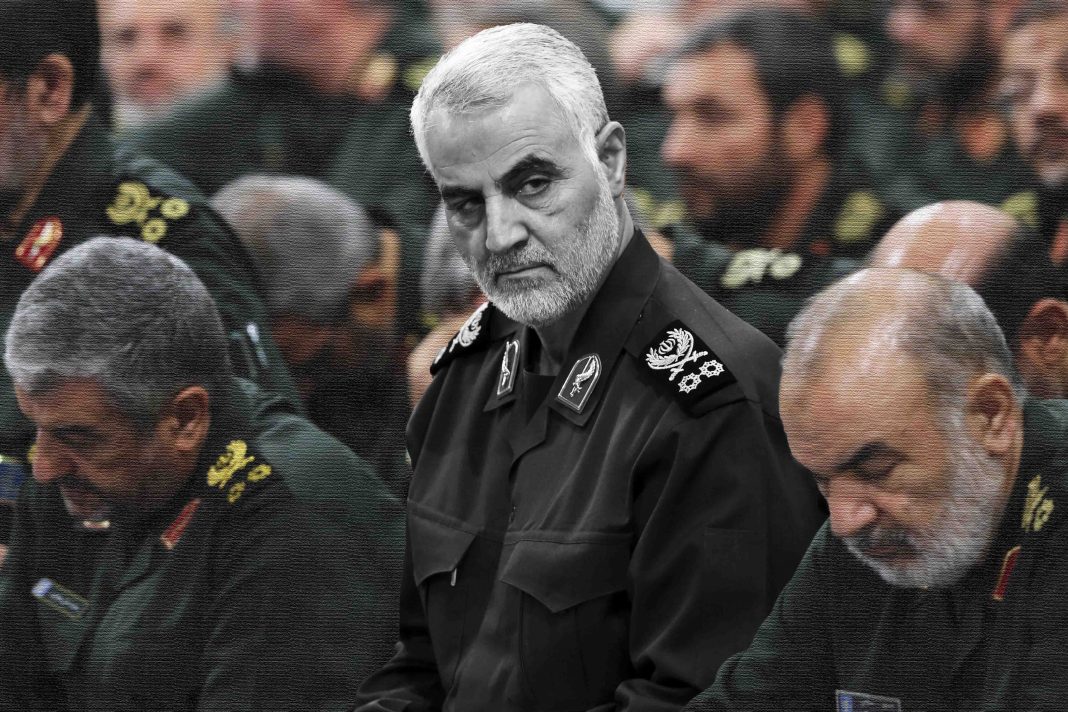 The assassination of Iran’s commander of the Islamic Revolutionary Guards Corps (IRGC) Qasem Soleimani by the United States in Baghdad on January 3 has made headlines around the world. Responses to the drone strike that killed the general have varied, from harsh criticism from Iraqi lawmakers to soft rebukes from leaders in Europe.

“We have good relations with both the U.S. and Iran,” Elkhan Shahinoghlu, the head of the Atlas Research Center, a think tank in Baku, told Caspian News. “But, if these countries started a conflict, it could spill around. With high probability, American embassies in the countries located in Iran’s neighborhood have already switched to an enhanced operation mode.”

Azerbaijan, situated along the western shore of the Caspian Sea, shares a border with Iran, which lies to the south. Yet Baku has good relations with Washington, as well as Israel and many European allies of the U.S., putting the country in a strenuous position should a wider conflict between the U.S. and Iran erupt in the aftermath of Soleimani’s death.

“By killing Souleimani, America sent a message to Tehran that the next targets are [Iran’s] military units in Iraq and Syria,” Shahinoghlu said.

Iran hit back early morning Wednesday local time, launching ballistic missiles into two military bases inside Iraq that house American troops. No casualties were reported as of Wednesday night, but an assessment of the impact of the strikes is underway.

A direct attack from Iran on U.S. assets and American personnel is rare, making Wednesday’s events unique. However, Pentagon claims that Iran-backed proxies and militias inside Iraq, which it believes were trained by Soleimani and the IRGC, have, for years, launched deadly attacks that have killed, maimed and injured Americans stationed throughout the Middle East.

Meanwhile, some political observers say the ongoing escalation could push the 40-year-old U.S.-Iran crisis into an open war, either in the territory of Iran or in the war-torn countries of the Middle East, such as Iraq or Syria. In the light of Azerbaijan’s neighborhood with Iran, as well as its good relations with both Washington and Tehran, Tofig Abbasov, a political analyst in Baku, zeroed in on the possible outcomes of open warfare between two countries that have been bitter enemies for 40 years.

Abbasov believes that any open clash between Iran and the U.S. will not directly affect Azerbaijan.

“By its actions, Azerbaijan has shown that it is against such voluntaristic solutions to problems, such as the elimination of officials of other states," said Tofig Abbasov, according to Eurasia Daily, disagreeing with U.S. President Trump’s order to kill Gen. Soleimani.

“This incident can cause a cascading reaction and serve as the beginning of a full-scale conflict with the participation of the United States and a regional state, therefore, Azerbaijan reacted appropriately, with condolences to Iran.”

Abbasov noted Azerbaijan’s role as a mediator, rather than a contributor, to a regional crisis.

“On several occasions, Azerbaijan has shown itself as a country ready to be a mediator, for example, when there was aggravation in relations between Russia and Turkey.”

Meanwhile, the government in Baku reacted to Soleimani’s death by issuing a statement from its foreign ministry on January 4, which called on both Washington and Tehran to refrain from violence and remain committed to strengthening regional security. Foreign Minister Elmar Mammadyarov conveyed condolences to the government and people of Iran over Soleimani’s death in a phone conversation with his Iranian counterpart Javad Zarif.

If a full-scale conflict erupts, Abbasov said Baku will never give the U.S. military the green light to launch operations from Azerbaijan.

“Azerbaijan will never give [the U.S.] a green light,” he said, adding that it, “will never allow third states to use its territory to damage their neighbors [and] here we are talking not only about Iran, but also about other countries, too.”

Israel could become a target for Iran, according to Tofig Zulfugarov, who served as the foreign minister of Azerbaijan from 1998-1999. He says the murder of Soleimani will increase tensions between Iran, the U.S. and Israel.

“Azerbaijan should try not to become the object of this conflict,” Zulfugarov said, according to Voice of America's Azerbaijani version Amerikanın Səsi.

“The U.S., and the west in general, have interests in Azerbaijan, primarily economic interests. The relations [of Azerbaijan] with Israel are well known. Azerbaijan has very dynamic relations with Israel and it is developing dynamically,” Zulfugarov explained.

“Azerbaijan has got very good opportunities from its relations with Israel in the light of defense benefits. At the same time, we must not forget that Iran is also a very important neighbor and partner of Azerbaijan. From this point of view, I think that standing apart from this conflict should be one of the most important issues for Azerbaijan.”