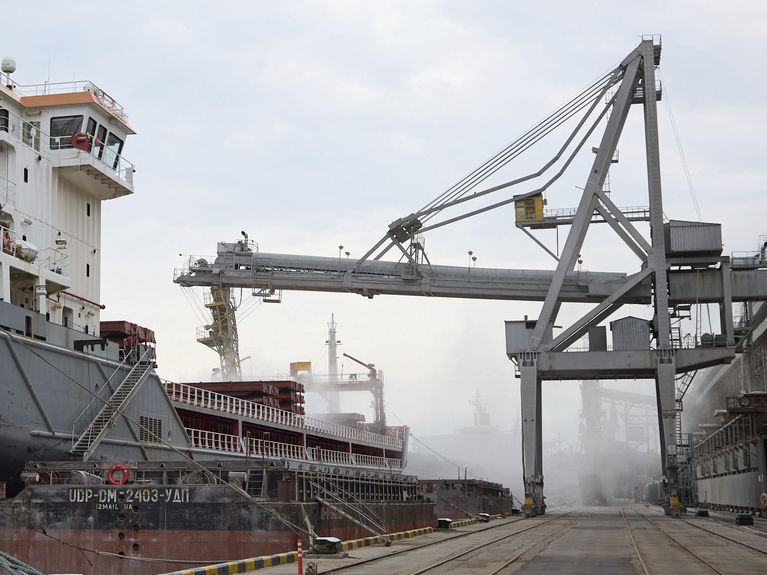 The landmark agreement brokered by Türkiye and the United Nations allows the resumption of Ukrainian grain exports through the Black Sea ports that were blocked since Russia launched what it called a “special military operation” on February 24.

A cargo ship loaded with Ukraine’s grain departed from the port of Odessa on Monday morning for the first time since the Russian invasion blocked shipping through the Black Sea.

In a post published on his official Facebook page, Oleksandr Kubrakov, who heads Ukraine’s infrastructure ministry, said that the Sierra Leone-flagged cargo ship Razoni was heading to the port of Tripoli in Lebanon with 26,000 tonnes of Ukrainian corn on it.

“Today Ukraine, together with partners, takes another step to prevent world hunger,” Kubrakov said. “Unlocking ports will provide at least $1 billion in foreign exchange revenue to the economy and an opportunity for the agricultural sector to plan for next year.”

According to him, 16 more ships are already waiting for their turn to leave the ports of Ukraine.

Türkiye’s defense ministry reported Wednesday that the Razoni already cleared inspection while it was anchored off of Istanbul.

The shipment via Black Sea has become possible after ministers from Ukraine and Russia each inked separate but identical grain-and-fertilizer export agreements in Istanbul on July 22. The landmark agreement brokered by Türkiye and the United Nations allows the resumption of Ukrainian grain exports through the Black Sea ports that were blocked since Russia launched what it called a “special military operation” on February 24. Millions of tonnes of grain were trapped in the country’s silos, causing the surge in food prices, as well as fears of a global food crisis.

Meanwhile, Ukraine’s Foreign Minister Dmytro Kuleba called the recent shipment “a day of relief for the world,” especially for the Middle East, Asia, and Africa, the regions mainly threatened by food shortages and hunger because of the disrupted shipments.

Moscow also described the ship’s departure as a positive move. Kremlin spokesman Dmitry Peskov told reporters that the departure from Odessa was “very positive, a good opportunity to test the effectiveness” of the Istanbul agreements.

Ukraine is a top grain supplier to dozens of developing countries. Last year, its grain exports totaled $12.2 billion, accounting for nearly a fifth of the country’s total exports. Prior to the war, Ukraine exported 98 percent of its cereals and oilseed via the Black Sea, at a rate of up to 6 million tonnes per month. But with the ports blocked and the railway system unable to cope with the extra volume, the country is currently only exporting between 1-1.5 million tonnes a month.