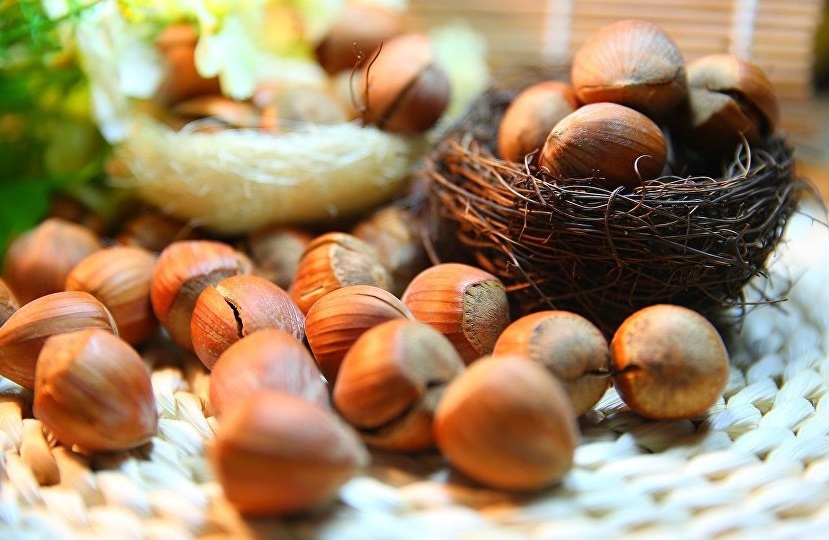 Together with Turkey, Georgia, Italy and the U.S., Azerbaijan is one of the top five producers and exporters of hazelnuts in the world.

The first-ever Zaqatala Hazelnut Festival was held on November 18 in Zaqatala, the center of the northwestern district of the same name and home to the largest hazelnut fields in Azerbaijan.

The one-day event brought together crowds of residents and tourists who had an opportunity to sample the year’s harvest of various types of hazelnuts, including Danagoz, Atababa and Galin Dirnag, which are considered the most popular and tasty versions cultivated in the region.

Desserts made with hazelnuts were a treat for those with a sweet tooth, and games involving hazelnuts, such as fyndyg-gyrma, in which players need to crack as many nuts as possible in the shortest amount of time, added to the day’s festivities, which also included traditional musical performances and displays of national dress.

Hazelnuts are popular in Azerbaijani cuisine, widely used in preparing pastries like shekerbura, pakhlava and halva, as well as jam. Locals even use the shells of the nuts, to kindle furnaces during cold winter days and nights.

Residents of Zaqatala, which is located 387 km (240 mi) northwest of the country’s capital of Baku, have come to depend on the hazelnut as their breadwinner, as its cultivation is one of the main sources of income for locals. In 2016, Zaqatala exported about 91 million manats ($53 million) worth of hazelnuts; in the first 10 months of 2017 the figure stood at $55 million.

Azerbaijan has all of the necessary weather and climatic conditions for cultivating hazelnuts, and the industry is growing.

Farms are located on the flat terrains of the Gakh, Zaqatala and Balakan regions of the country. According to the Azerbaijan Hazelnut Exporters Consortium, the number of new orchards increases by an average of four to five percent each year.

In 2016, Azerbaijan produced 34,000 tons of hazelnut, while the state of Oregon produces 99 percent of all hazelnuts consumed in the U.S. and cultivated around 44,000 tons throughout the same period. Varieties grown include Ashrafli, Ghalib, Ganja, Sachagly, Topgar and Yagly, while the most popular are Atababa and Khachmaz.

Together with Turkey, Georgia, Italy and the U.S., the South Caucasus’ largest economy of Azerbaijan is one of the top five producers and exporters of hazelnuts in the world. According to the International Nut & Dried Fruit, Azerbaijan owns four percent of the world market for hazelnut production, with exports to the countries of the European Union and the Commonwealth of the Independent States (CIS).

Given the success of this year’s festival, organizers have announced that it will be held again in 2018 and hopefully become an annual event.