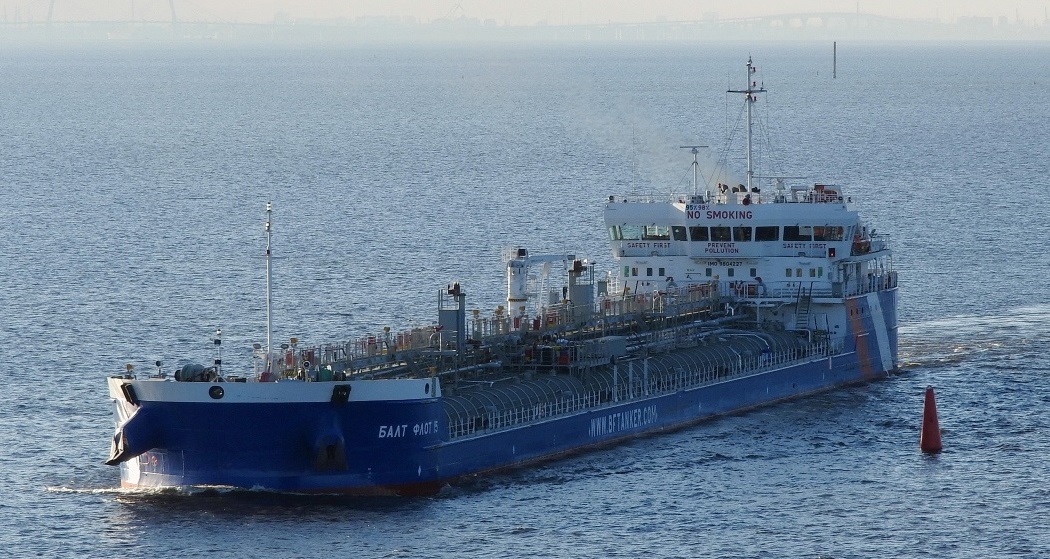 A chemical tanker “Balt Flot 15,” carrying more than 6,000 tons of diesel fuel produced at the Turkmenbashi Oil Processing Complex arrived in Makhachkala on December 25 via a sea route that connects Turkmenbashi in Turkmenistan to the Dagestan’s seaport at the Caspian Sea.

The first shipment of diesel fuel produced in Turkmenistan has been delivered to Russia’s southern city of Makhachkala, for the first time since 2014.

A chemical tanker “Balt Flot 15,” carrying more than 6,000 tons of diesel fuel produced at the Turkmenbashi Oil Processing Complex arrived in Makhachkala on December 25 via a sea route that connects Turkmenbashi in Turkmenistan to the Dagestan’s seaport at the Caspian Sea, RIA Dagestan reported.

The diesel fuel will be loaded into railway tanks and sent to consumers by rail. The port’s authorities hope to receive about 40,000 tons of fuel oil and diesel fuel from Turkmenistan monthly, and then increase the transshipment volume to 100,000 tons.

The two countries suspended deliveries of fuel oil and diesel fuel from Turkmenistan due to technical issues, but earlier this year, the authorities of Dagestan, a federal subject of Russia, have tackled the problem.

“First, there had long been a problem with a temporary storage warehouse, the absence of which prevented the transshipment of liquid cargoes that should have been sent further via rail transport,” said Murad Khidirov, who heads the harbor in Makhachkala, according to a report by Lezgi Gazet.

Khidirov said a temporary storage warehouse has been recently launched within the Dagnefteproduct – the largest oil transshipment complex lying on the western coast of the Caspian Sea. At the same time, the government has introduced special tariffs for rail transportation, which are expected to facilitate the process of transporting oil products inland.

“Previously, due to the high tariffs, oil workers were not very willing to ship their products by rail,” he said on Wednesday.

The Makhachkala Commercial Sea Port is the only non-freezing and deep-water port of Russia located in the Caspian Sea. The port is an important strategic link of the transportation network connecting Russia’s southern lands with the countries of Central Asia and Iran. The port, which accepts vessels up to 150 meters in length and with precipitation of up to 4.5 meters, remains the leader among 14 Russian ports in the Caspian Sea in terms of cargo turnover growth. In 2019, the port has handled more than 3.6 million tons of various cargoes.

Turkmenistan sits atop some of the world’s largest reserves of fossil fuels, which makes the Caspian country a natural location for the production of oil derivatives like needle coke and benzene. The country’s proved reserves of crude oil are 600 million barrels, ranking it 43rd in the world. Its proved reserves of natural gas are 7.5 trillion cubic meters, putting it at 5 worldwide.

Earlier this month, Reuters reported that Vitol, which is considered the world’s biggest oil trader, is planning to begin exporting fuel oil and diesel from Turkmenistan this month via the Russian port of Novorossiysk. Vitol, however, declined to comment.