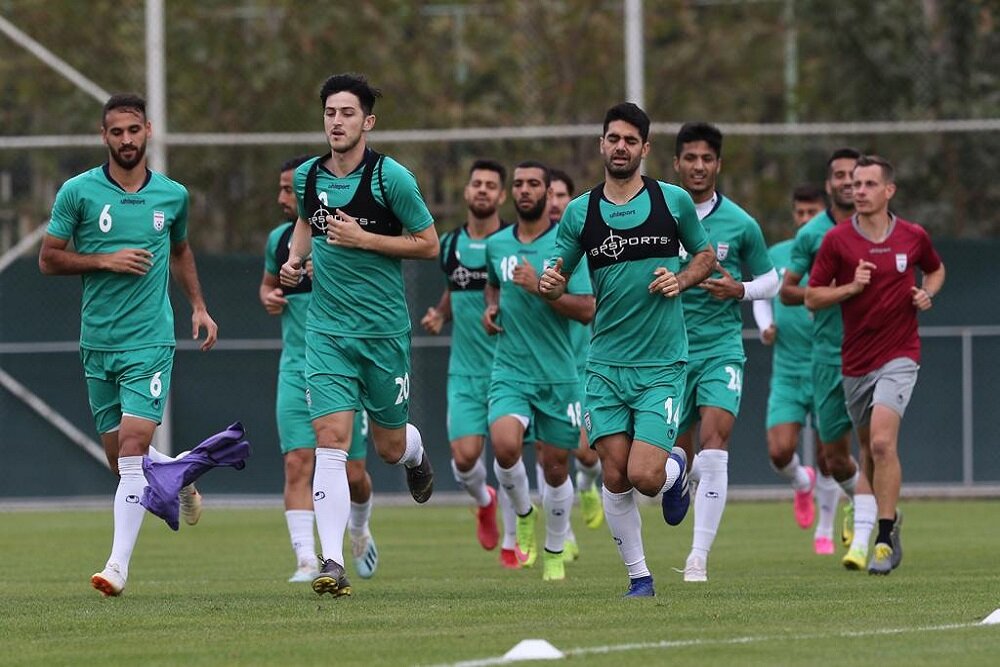 The Iranian Football Federation is facing a potential suspension for the country’s potential legal actions against the federation’s board of directors, as well as numerous financial issues, and banning Iranian women from entering soccer arenas across Iran. / Tehran Times

Fédération Internationale de Football Association (FIFA) and the Asian Football Confederation have demanded an explanation for Iranian judicial authorities' prosecution of the country’s soccer federation board and threatened it with sanctions.

“It has been brought to our attention through various credible sources including media outlets quoting senior officials of FFIRI [The Football Federation Islamic Republic of Iran] have apparently been "charged for negligence in performing their duties" by the General Inspection Agency in view of the recent decision rendered by the FIFA Players' Status Committee in the context of an employment-related dispute, whereby IRIFF was ordered to pay to the former coach of the [Iranian] national team, Mr. Marc Wilmots, an amount of approximately six million euros. We also understand that further investigation and legal prosecution are to come from the General Attorney of Tehran on the same issue,” FIFA Secretary General Fatma Samoura said in a joint letter to FFIRI Secretary-General Mehdi Mohammad Nabi on August 27.

She also warned that “any breach of these obligations might lead to potential sanctions as provided for in the FIFA Statutes, including the suspension of the Member Association”.

Iran was sentenced to pay 6.2 million euros ($7.4 million) to the former head coach of the Iranian national team, the Belgian national Marc Robert Wilmots. The State Inspectorate Organization of Iran referred eight people from the federation’s board of directors as "defendants in the Wilmots' case" to the Tehran Prosecutor's Office. The eight, including the Football Federation’s former president, Mehdi Taj, are charged with "damaging state property and public rights."

Wilmots filed a complaint against the FFIRI to FIFA for non-payment during his time as head coach. The Belgian coach was appointed in May 2019 with a three-year contract to lead Iran in their quest for a sixth FIFA World Cup appearance, but left his position as coach of Iran after six matches in charge due to what he called "serious contractual violations by the Iranian Football Federation."

FIFA accepted the claim of Marc Wilmots after months of examining the complaint submitted by the Belgian manager and members of his technical staff. According to the FIFA verdict, the Iranian Football Federation will have to pay compensation in excess of six million euros (6,137,500 euros) to the coach as compensation for breach of contract plus 5 percent interest from 21 January 2020 until the date of effective payment.

The Iranian Parliament is going to study the case to find out who is to blame for the mistake. The prosecutor has demanded the defendants to provide a list of their assets and properties, based on the Islamic Penal Code, they may be sentenced to pay about $55 million in principal plus the same amount for a fine.

Meanwhile, the international governing body of football concerns over potential government interference in the federation’s affairs and strongly oppose any use of legal threats against a person or a group of persons. FIFA has set for Iran a deadline until September 2 to provide the necessary evidence to FIFA and AFC to support the allegations made against these individuals.

FIFA had previously stopped Iran from holding its elections due to concerns over potential government interference in the Iranian football federation with the amended rules hoping to satisfy the sport's governing body.

The Iranian football association had reportedly lied to FIFA about its independence from the government. However, FIFA rules dictate that a national football federation should remain autonomous and independent of the government.

In April, FIFA announced that it will distribute $150 million among the 211 national football governing bodies around the world for the years of 2019 and 2020 in the coming days as the first step of a relief plan to assist the football community impacted by the COVID-19 pandemic.