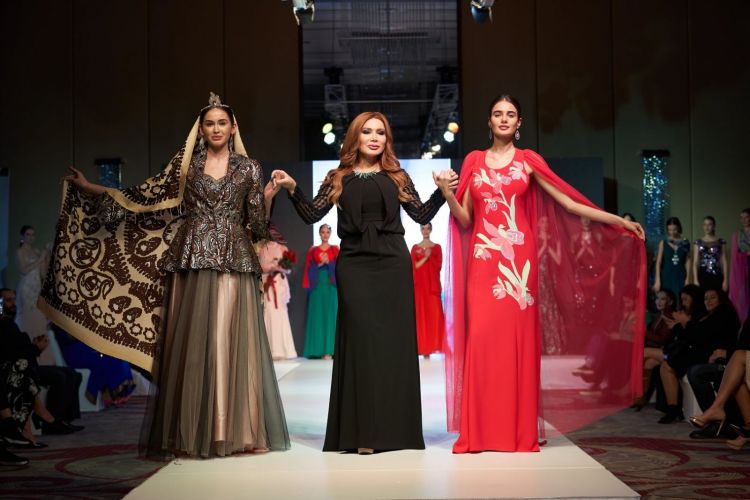 The annual large-scale fashion event, held from December 2-3 at the Hilton Baku Hotel, showcased the latest spring/summer 2022 collections of seven fashion houses from Azerbaijan and Kazakhstan.

In its eleventh edition, the fashion extravaganza was held under the motto “Return” to celebrate Azerbaijan’s historic victory in the Second Karabakh (Garabagh) War, which saw the liberation of the Azerbaijani lands from nearly three decades of Armenian occupation.

“Azerbaijan Fashion Week is the only national project that supports and revives both folk crafts, traditions and gives birth to new names, gives them the opportunity to prove themselves as a designer, as an author, as artists,” he said in an interview with Caspian News.

According to Dossybayev, the motto chosen for this year’s event refers to the show’s comeback after a two-year break and the liberation of the Azerbaijani lands as part of the last year’s war.

“We called this year’s Azerbaijan Fashion Week a “return,” because of the return of the ancestral lands to the Azerbaijani people, who had been waiting for so long,” he explained.

As a result of the 44-day war that broke out on September 27, 2020, the Azerbaijani army liberated over 300 settlements, including five major cities, from nearly 30-year-long illegal Armenian occupation. The war ended after a tripartite statement was signed on November 10 by Armenia, Azerbaijan, and Russia. Armenia returned three more districts to Azerbaijan’s control as part of its obligations under the agreement.

An image of the Kharybulbul flower, which became the symbol of the Azerbaijani victory, had been reflected in the collection by Azerbaijani designer Fakhriya Khalafova, who dazzled the audience with floral print clothes on the first day of the event.

“Since this year is the year of victory, everyone is impressed by the Kharybulbul flower,” Khalafova, who is also an Associate Professor of the Modeling Department at Azerbaijan State University of Culture and Arts, told Caspian News.

Kharybulbul (Xarıbülbül in Azerbaijani), or Ophrys Caucasica, is a flowering plant with a unique appearance that makes it look like a nightingale or “bulbul” in Azerbaijani. Two flower petals resemble wings, while another one looks like a bird’s head. Due to its widespread natural vegetation in Azerbaijan’s Karabakh region, especially in Shusha, Azerbaijanis consider the flower to be the symbol of Shusha city. 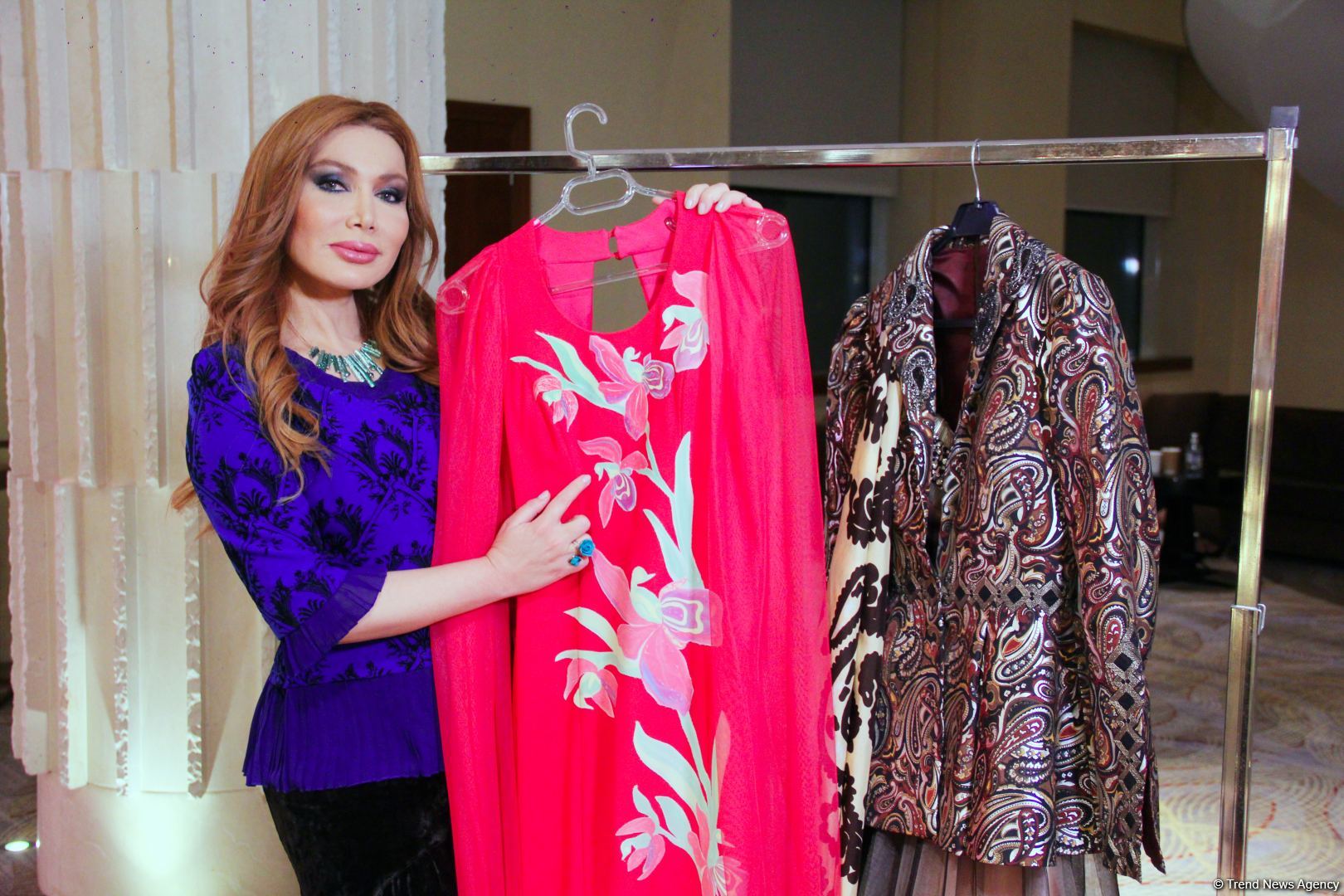 Kharybulbul (Xarıbülbül in Azerbaijani), or Ophrys Caucasica, is a flowering plant with a unique appearance that makes it look like a nightingale or “bulbul” in Azerbaijani.

The Azerbaijani designer said she decided to create a textile print of the flower, which could later be massively printed on fabrics.

“I would like the country to get a patent for the Kharybulbul print, otherwise another manufacturer from a foreign country would do that before you know it, and then we will have to buy these fabrics from abroad and other manufacturers will make money on this, instead of us. Therefore, I decided to take this step first,” Khalafova added. 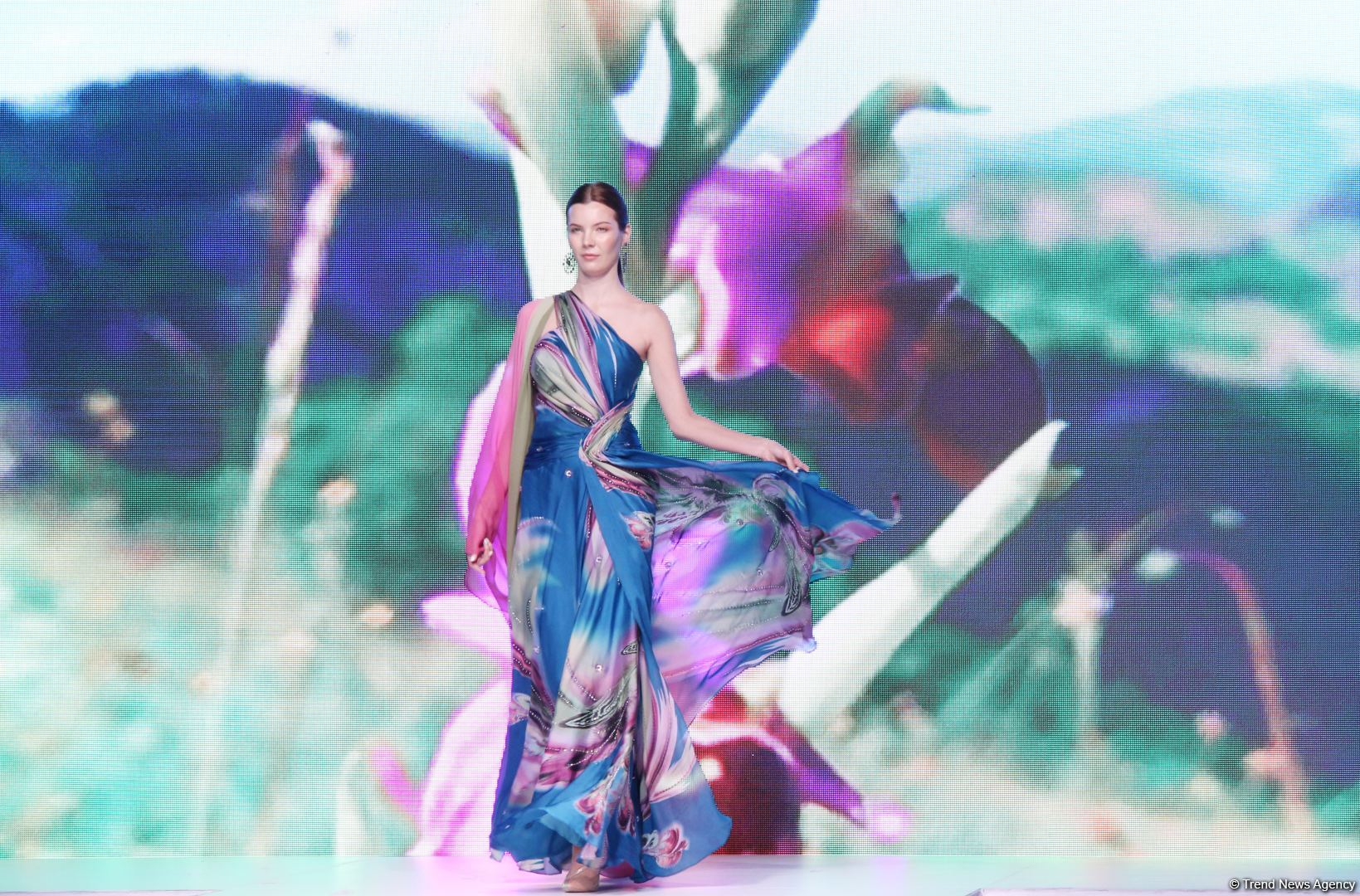 A model during the Fakhriya Khalafova show within the 11th edition of Azerbaijan Fashion Week.

On the same day, feminine dresses with a floral print, a strict tuxedo dress, and embroidered evening gowns from fashion house LIBÀS Couture Atelier made their way down the runway while Azerbaijani designer Zemfira Jafarova was creating a dress on the mannequin on the catwalk.

“A woman who crosses the threshold of my atelier is the main priority in my job. She comes to get dressed. And at this moment, you need to think about every detail of the future product, since everyone has different shapes. With my demonstration during the runway, I wanted to show that I can put together a dress very quickly,” Jafarova told Caspian News.

Looking towards the industry’s future, Jafarova believes that the number of creative people showing their “inner world” through their collections at the Azerbaijan Fashion Week will definitely increase.

“Due to this kind of events, not only can designers exhibit their work, but small business owners also showcase their products, such as scarves, accessories and even chocolates,” Jafarova added.

This year’s Azerbaijan Fashion Week was supported by the Ministry of Culture and Tourism, which aims to popularize the country’s fashion industry and create favorable conditions for local designers.

“Such projects certainly need official support, especially during a pandemic. Beauty will save the world, especially in the post-war period,” Dossybayev said.

The first Azerbaijan Fashion Week was held in 2015, and since then, more than 60 designers from around the world have taken part in the event. 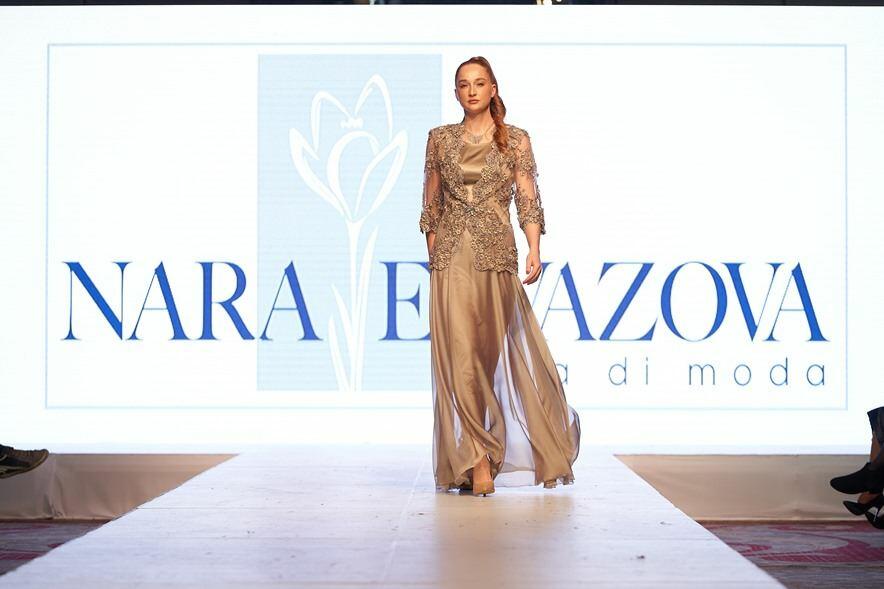 A model during the Nara Eyvazova show within the 11th edition of Azerbaijan Fashion Week. 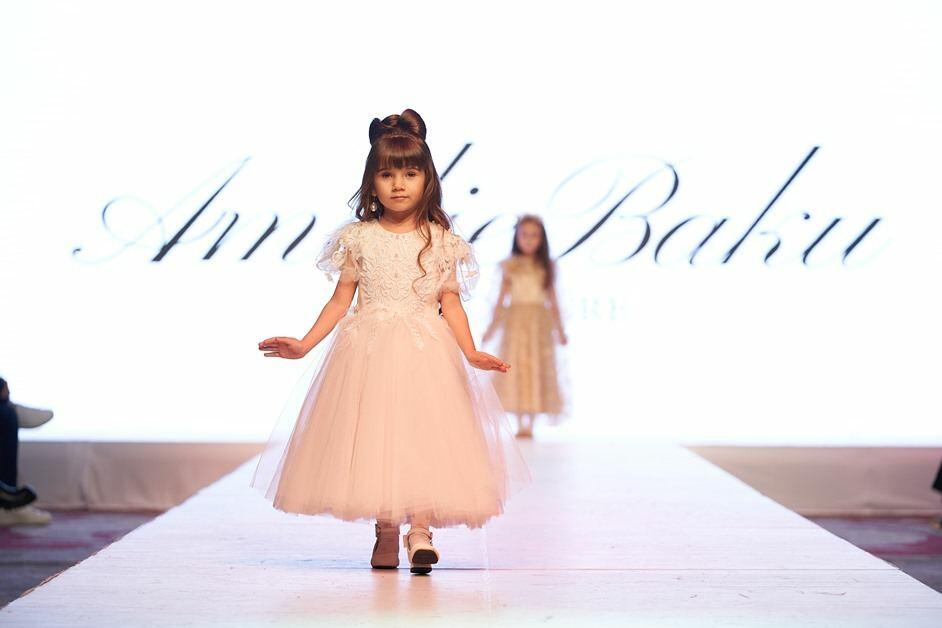 A model during the Amelie Baku Couture show within the 11th edition of Azerbaijan Fashion Week. 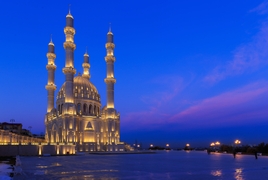 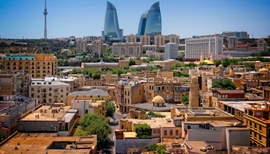