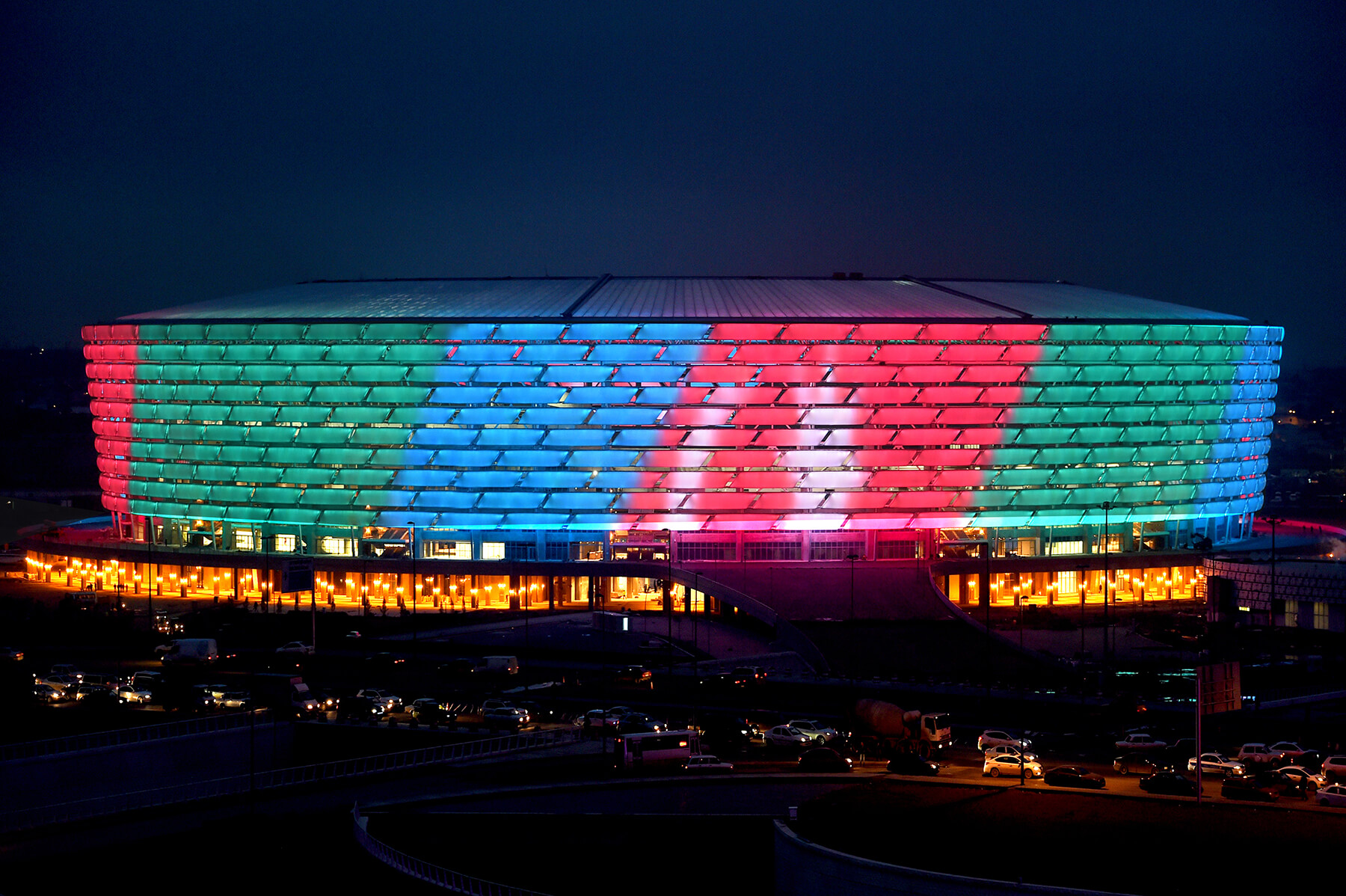 Football (soccer) fans will be allowed back into the Baku Olympic Stadium for the four games of the 2020 UEFA European Football Championship to take place in Azerbaijan this summer. However, the stadium will be limited to half of its capacity, Azerbaijan's Football Federations Association (AFFA) said.

The decision was made on Thursday in line with UEFA recommendations.

“Taking into account UEFA's recommendations and the current pandemic situation in Baku, it has been decided that up to 50 percent of the total capacity of the Baku Olympic Stadium will be available for each of the four matches in Baku, subject to the relevant COVID-19 procedures,” reads a statement issued by AFFA this week.

The decision applies to local fans and the citizens of the countries represented by the national teams that will take the pitch in Baku. Fulfillment of the Covid-19 restriction measures is mandatory for getting an entrance permit to the Baku Olympic Stadium.

The 2020 UEFA European Championship, commonly referred to as Euro 2020, is the ultimate football championship of national football teams in Europe. The tournament was originally scheduled to take place from June 12-July 12, 2020, in twelve cities across Europe. UEFA, however, postponed the tournament for a year amidst the outbreak of the novel coronavirus. Last June, the Executive Committee of UEFA announced that the tournament would take place from June 11 to July 11, 2021.

The iconic Baku Olympic Stadium will play host to three group games and one quarter-final game of the championship.

On June 12, the national men’s football teams of Wales and Switzerland will take the pitch in the 68,700-seat stadium in Baku. The next group stage game will feature the teams of Turkey and Wales on June 16. Azerbaijan's capital city will also play a host to the last game of Group A between Switzerland and Turkey on June 21. The quarter-final game is scheduled for July 3.

Along with Azerbaijan, the tournament’s games will be played in Russia, Italy, Denmark, Netherlands, Romania, England, Scotland, Spain, Republic of Ireland, Germany, and Hungary.

Tickets for the games in Baku will reportedly go on sale sometime in mid-May. The price tag set previously by AFFA is €30, €75, and €125. A maximum of 34,350 fans will be allowed in the 68,700-seat stadium during one game in Baku. Director of the Baku Olympic Stadium, Javid Garayev says if the number of infections does not increase, the stadium will receive the allowed number of fans.