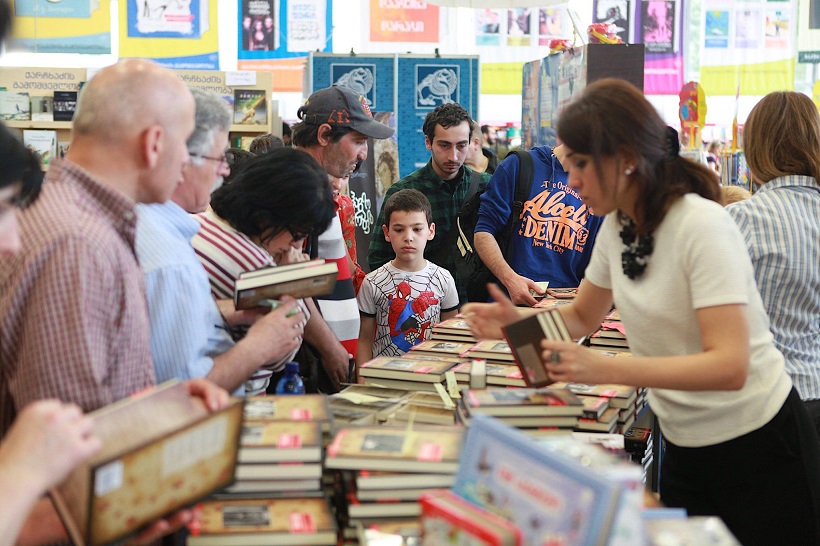 Georgia has welcomed more than 20 authors from around the world to attend the third Tbilisi International Festival of Literature (TIFL), the largest literature event in South Caucasus, which is running from May 29 – June 2.

Over a period of five days literature professionals are sharing writing and creative experiences, featuring meetings with writers and poets, lectures for students and thematic discussions. Foreign poets will be presenting samples of their work, translated into Georgian, as part of jazz and poetry evenings being held throughout the week.

Now in its third year, TIFL has attracted poets and writers from Georgia’s neighboring countries, including Russia and Turkey, along with authors from Israel, Ukraine, Libya, Greece, Bangladesh, Poland, Austria and others.

American author Isaac Marion, known for his best-selling ‘zombie romance’ novel Warm Bodies, is in attendance at the Tbilisi festival. On Sunday Marion held a workshop for young Georgian writers, while on Tuesday he gave a talk about his famous work.

The last day of TIFL will include a panel discussion of the political work Angry White Men: American Masculinity at the End of an Era, written by American sociologist Michael Kimmel. The book describes what Kimmel calls the ‘angry white male phenomenon’ in a changing, modern American society.

Organizers of TIFL said they consider the event a platform for intensifying Georgia’s preparations for its participation as a Guest of Honor at the Frankfurt Book Fair, the largest international literary fair, which will be held in Germany from October 11-15.

The Tbilisi International Festival of Literature (TIFL) was founded in Georgia in 2015 with the support of the Writers’ House of Georgia together with the country’s Ministry of Culture and Monument Protection.