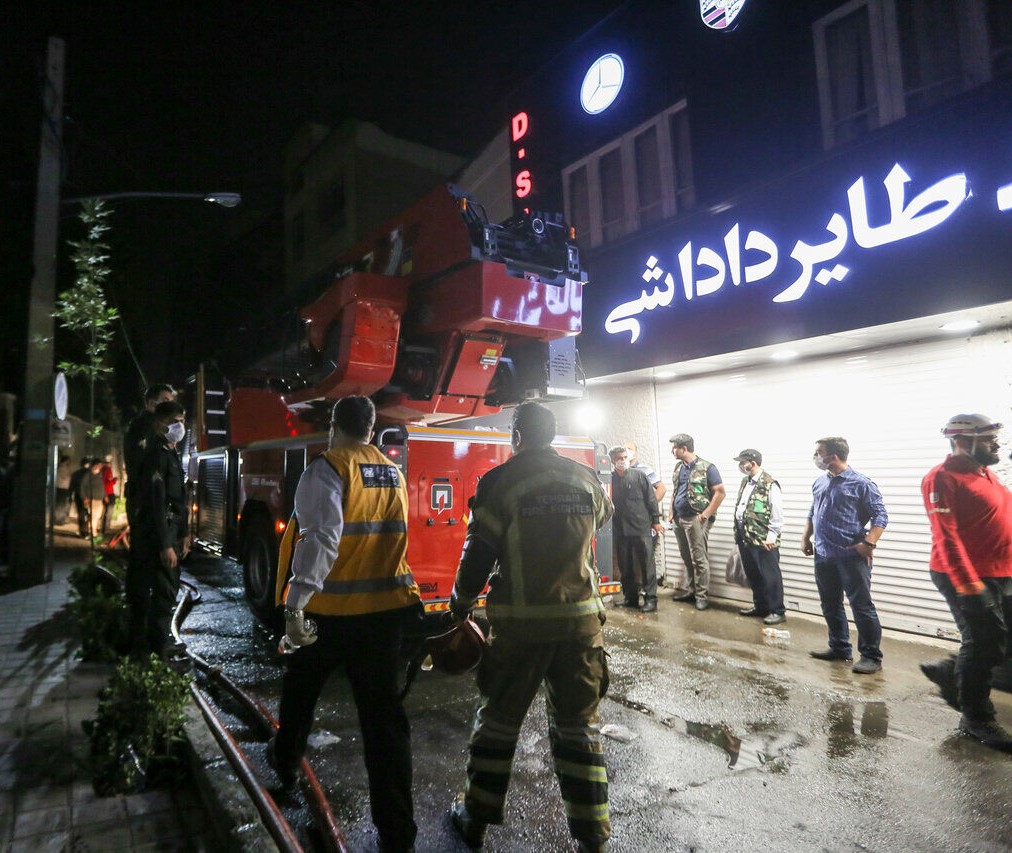 A total of 19 people have been announced dead and 16 injured in a powerful explosion at a clinic in Iran's capital Tehran, on June 30, 2020. / IRNA news agency

Nineteen people were killed and 16 injured in an explosion caused by a gas leak at a clinic in northern Tehran on Tuesday night.

"Unfortunately, 19 people, including 16 women and three men, died in the accident," Tehran's deputy police chief General Hamid Hadavand was quoted as saying by the state-run IRNA news agency on July 1.

"The police are questioning four people and investigating them," he said adding that among them were the director-general and three other officials from the clinic.

A fire erupted at Sina Athar Medical Center at 20:56 local time and was extinguished around two hours later, causing damage to nearby buildings.

Tehran's police chief General Hossein Rahimi denied the incident could have been the result of sabotage.

According to Jalal Maleki, Tehran fire brigade spokesman, the explosion occurred when a fire spread to oxygen tanks canisters stored in the basement of the clinic.

Deputy Health Minister Iraj Harirchi also denied rumors about "the presence of radioactive materials" in the building, saying that "the Sina At'har clinic was not a nuclear medicine center" but "a dental and radiology center".

Iran's President Hassan Rouhani called on the relevant agencies to investigate the cause of this accident as soon as possible and take special care of the injured.

It was the second such incident to hit Tehran within days, after a gas tank explosion near a Parchin military complex in the eastern Tehran on June 25 that authorities said caused no casualties.

The head of the public relations office of the Ministry of Defense of Iran Brigadier-General Davoud Abdi told IRNA that the fire has been extinguished and the explosion is being closely investigated.

A video of the explosion was shared on social media, in which a loud sound could be heard. A strange orange light similar to a sunset could also be seen in the clip.

The deadly incident comes at a time when Iran is fighting the COVID-19 pandemic. Iran's Health Ministry spokeswoman Sima Sadat Lari said on Wednesday that “141 Iranians have died from coronavirus disease over the past 24 hours bringing the total deaths to 10,958."

Some 2,549 new COVID-19 cases were confirmed over the past 24 hours. A total of 230,211 Iranians have contracted the virus since the start of the outbreak, while 191,487 people have recovered, or have been discharged from hospital.