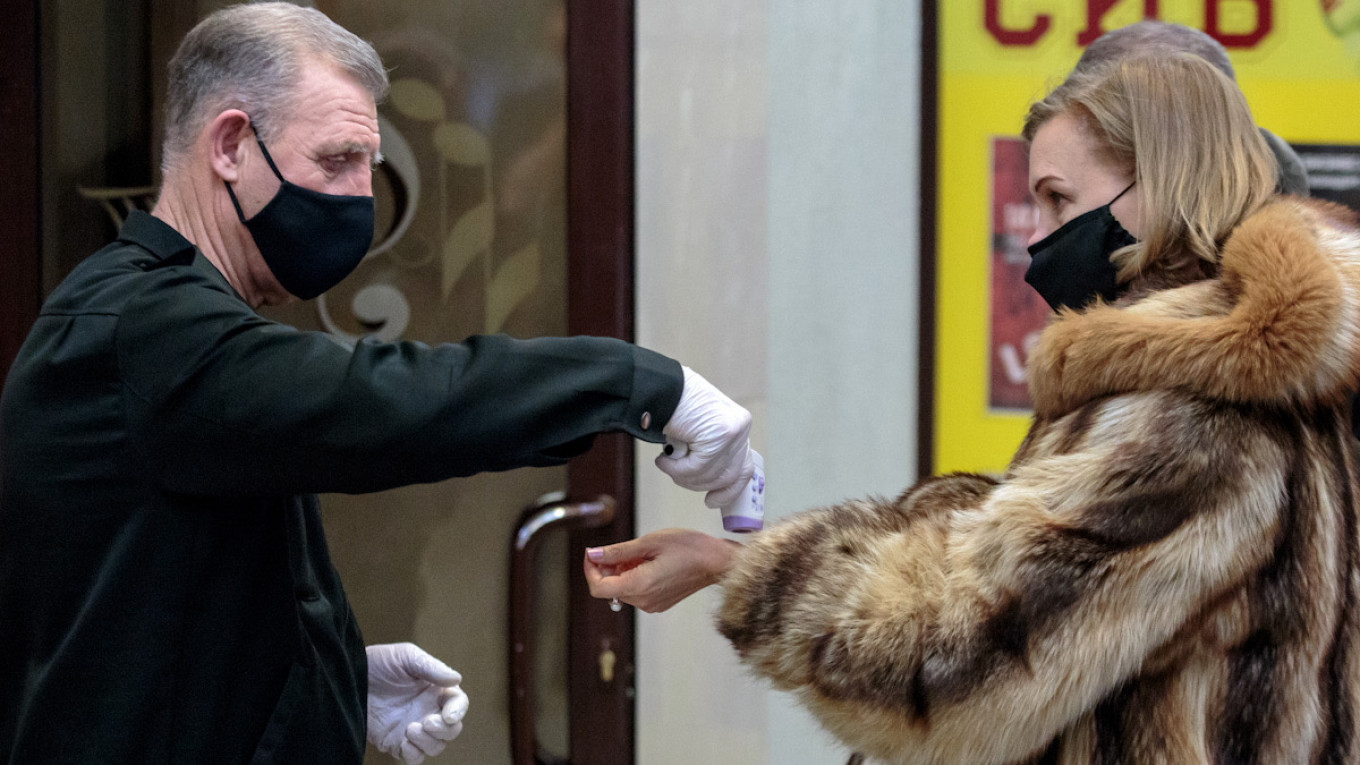 Evgeny Timakov, the principal doctor of the Lider-Medicina center, on Thursday warned of another potential spike in Russia coronavirus cases expected sometime in the spring.

"In any case, the British strain of coronavirus will reach our country," Russian news website RBC quoted Timakov as saying, explaining that the population does not have a full-fledged "immune layer" yet as not so many people have been vaccinated. "Besides, those who got sick at the beginning of the pandemic can get sick again."

"In spring, with vitamin deficiency, lack of isolation, short daylight hours, the likelihood of getting sick increases," Timakov said.

Speaking about how the pandemic will evolve and progress in Russia through the year, Alexei Agranovsky, the virologist, professor at Moscow State University, projected a decrease in the number of new cases of the disease by the summer, and another surge is possible in the autumn.

"And now the incidence rate of Covid-19 is falling by all rights - there is nothing unexpected," he explained. "The coronavirus behaves like a common acute respiratory viral disease. I could cautiously forecast that there will be some surge next autumn."

Meanwhile, Sergey Voznesensky, Candidate of Medical Sciences, Associate Professor of the Department of Infectious Diseases of the RUDN University, believes that the third wave of coronavirus in the country has already ended. According to the professor, the third wave took place after the end of the January holidays, when other acute respiratory viral infections became more common. Voznesensky said herd immunity had already been established, protecting a fairly large number of people.

Russia began its vaccination campaign in December using its first coronavirus vaccine named after the first artificial satellite launched into the Earth's orbit in 1957 - "Sputnik V." Russia took pride in being the first country in the world to approve a coronavirus vaccine, although it faced criticism for doing it before completing the advanced testing necessary to ensure Sputnik V’s safety and effectiveness.

But the results of large-scale human trials, published and peer-reviewed in the prestigious Lancet medical journal earlier this month showed an impressive 91.6% efficacy for the vaccine.

In early February, Mayor Sergey Sobyanin announced that about 400,000 people had been vaccinated in Moscow, the country's worst-hit city of more than 12 million residents. In total, 3.9 million people have been vaccinated with Sputnik V as part of a large-scale vaccination in Russia as of February 10.

The latest coronavirus vaccine, labeled CoviVac, was registered last week, following the announcement of Prime Minister Mikhail Mishustin made at a government meeting. With the introduction of the third jab, Russia became the only country in which there are already three vaccines for the prevention of coronavirus infection.

Produced by the Moscow-based state-run Chumakov Centre, the CoviVac is a whole-virion vaccine that uses viruses that have already been killed (inactivated). The vaccine is due to complete a final-stage clinical trial with 3,000 participants in March and is recommended for people at the age from 18 to 60 years.

According to Deputy Prime Minister Tatiana Golikova, the CoviVac shot is given in two doses, each 14 days apart. It is transported and stored at 2 to 8 degrees Celsius (35.6 to 46.4 Fahrenheit).