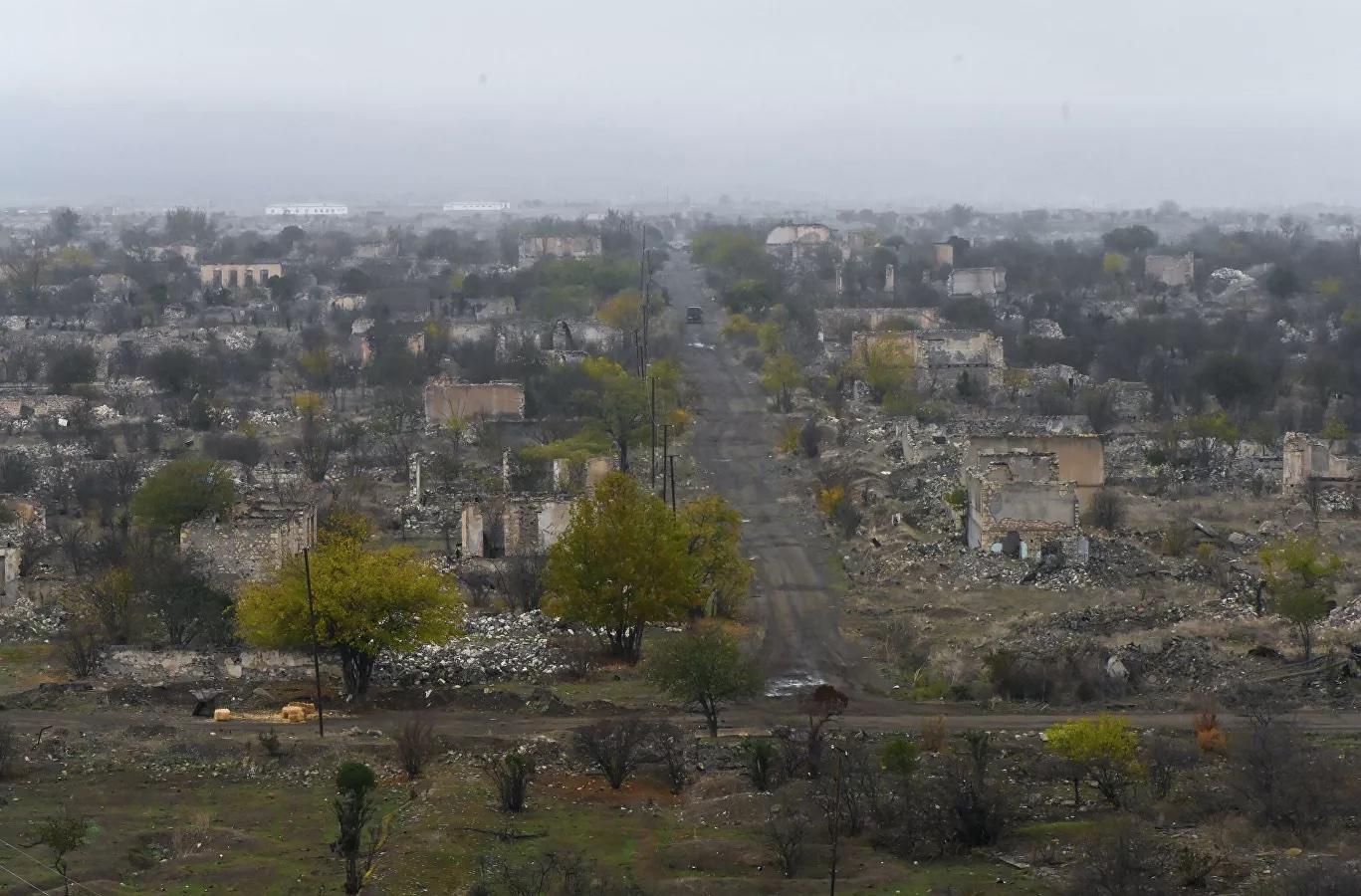 New York City will host an exhibition to demonstrate Armenia’s vandalism in the Azerbaijani territories once occupied and destroyed by the Armenian forces.

According to the Italian news service Notizie Geopolitiche, the exhibition will feature photos and videos taken by the Italian director and documentary filmmaker Fabrizio Conti.

Conti’s catalog is expected to showcase the consequences of the Armenian vandalism in Azerbaijan’s Aghdam district revealed after its liberation from the decades-long Armenian occupation.

“Just thirty years ago Agdam, in Azerbaijan, had sixty thousand inhabitants. There was a theater, a cinema, an airport. Now it is an expanse of buildings reduced to heaps of rubble in which nature has taken over and no signs of the life that was once glimpse is seen here,” reads the publication of Notizie Geopolitiche.

Conti visited Aghdam back in 2021 to witness the war-torn district, once the leading economic and trade hub in the Karabakh region of Azerbaijan.

“It is difficult to put into words what I saw the first time I entered what was once a thriving city; for this reason, perhaps, I wanted to let my photographs and filming “speak,” which tell of the systematic destruction during the Armenian occupation that wiped out life, making Agdam the largest ghost town in the world,” he said.

The catalog compiled by Fabrizio Conti includes his video interviews with Aghdam residents and 25 photos reflecting the “urbicide” – the violence of Armenians against Aghdam.

Armenian forces occupied a significant part of the Aghdam district, including the city of Aghdam, and 89 villages, which comprised about 73 percent of the district’s territory during the First Karabakh War on July 23, 1993. The occupied areas were razed to the ground, transforming Aghdam into a ghost town. Only ten villages of Aghdam remained under Azerbaijan’s control following the occupation of its major part by Armenia. About six thousand residents were killed, and 126,000 were forcibly displaced in the wake of Armenia’s attack.

Aghdam, located 362 kilometers west of the capital Baku, was one of the major cities of heavy, light, and food industries, as well as agriculture of Azerbaijan until it lost a larger part of its territory to the Armenian invasion. An airport, a technical music school, and a drama theater operated in Aghdam prior to the district’s capture by Armenia. Thirty-eight collective and state farms, 24 construction-installation and 12 industrial enterprises, 74 schools, 105 healthcare facilities, 271 culture houses, 67 departments, and 99 clubs ceased their activities after the partial occupation of the district in 1993. Currently, the once occupied part of the district lies in ruins with no signs of life.

Aghdam has been referred to as a “ghost town” and “Hiroshima of Caucasus” due to the scale of destructions. Armenians turned Aghdam into the largest “home depot on the planet” as they plundered and ransacked its properties to use as building supplies. The district has also suffered a “mine terror” by the Armenian forces being mined heavily during the decades of occupation.

In 2020, after 27 years of occupation, Aghdam was liberated following the six-week-long war between Armenia and Azerbaijan.

The war ended in a tripartite statement signed on November 10 by Armenia, Azerbaijan, and Russia. Under the agreement, Armenia also returned the occupied Aghdam, Kalbajar, and Lachin districts to Azerbaijan. Aghdam was the first Azerbaijani district liberated in post-war non-combat conditions set by the document.

Shortly after, the Azerbaijani government launched a large-scale reconstruction project in Aghdam. Restoration efforts come as part of the ongoing massive reconstruction campaign in the Karabakh region. Aghdam will reportedly regain its original view and see its residents back after the reconstruction.