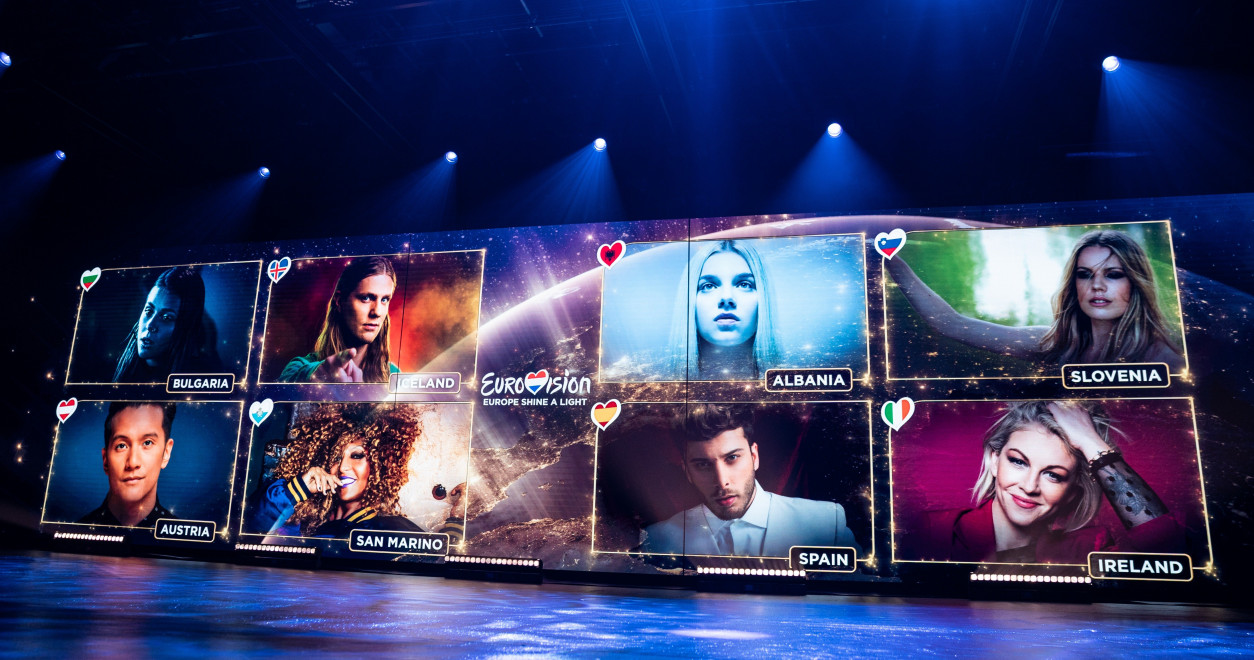 The Eurovision Song Contest (ESC) was canceled this year due to the coronavirus pandemic, but that wasn’t going to stop the organizers of the world’s largest music show. The European Broadcasting Union (EBU), known for producing the show, arranged a livestream this year featuring performances from all 41 contestant countries, including Caspian’s Azerbaijan and Russia.

Eurovision’s Europe Shine A Light special programming was hosted by Dutch city of Rotterdam that should have welcome ESC on May 12-14. The venue for the contest saw only the show hosts, while the seats were empty without fans.

“The health of artists, staff, fans, and visitors, as well as the situation in the Netherlands, Europe, and the world, is at the heart of this decision,” a statement from organizers explained.

“We are very proud that the Eurovision Song Contest has united audiences every year, without interruption, for the past 64 years and we, like the millions of you around the world, are extremely saddened that it cannot take place in May.”

The two-hour special show played 41 songs, including the “Cleopatra” song by Azerbaijan’s contestant Efendi, and “Uno” by Little Big band from Russia, for 30 seconds each.

Fans and those who suffer from the COVID-19 outbreak around the globe didn’t go unnoticed during the live show. Between songs, many artists addressed special messages to wish good health and solidarity to Eurovision fans that watched the show at their homes.

Swedish pop singer Måns Zelmerlöw, who won the contest in 2015, performed an acoustic version of his winning song, “Heroes,” from his own home. He dedicated the song to the healthcare professionals that came up as true heroes of our time standing against the pandemic. The next emotional performance came from German duo Milk and Honey’s soloist Gali Atari with their Eurovision classic, “Hallelujah,” which was a tribute to those who fell apart from their parents and grandparents in the wake of quarantine and social distancing guidelines.

One of the special moments of Europe Shine A Light show was uniting the cities from around Europe in a video that demonstrated prominent buildings in the cities of participants' countries. The tribute video showed the Crystal Hall in Azerbaijan’s capital Baku and the Kremlin Clock in Russia’s Moscow.

The 2020 Eurovision Song Contest was originally slated for May 12-14 in the Rotterdam city of the Netherlands. However, the show was canceled on March 18 due to what was explained by the organizers as “uncertainty created by the spread of COVID-19 and restrictions put in place by the governments.” The 65th edition of the contest is expected to take place sometime in 2021.

Meanwhile, the host status of the Dutch city of Rotterdam was reaffirmed after the EBU has reached an agreement with its Dutch counterparts to stage the Eurovision Song Contest 2021 in Rotterdam at the Ahoy Arena. Eighteen entries, including Azerbaijan’s Efendi have confirmed their participation in the next year’s show.