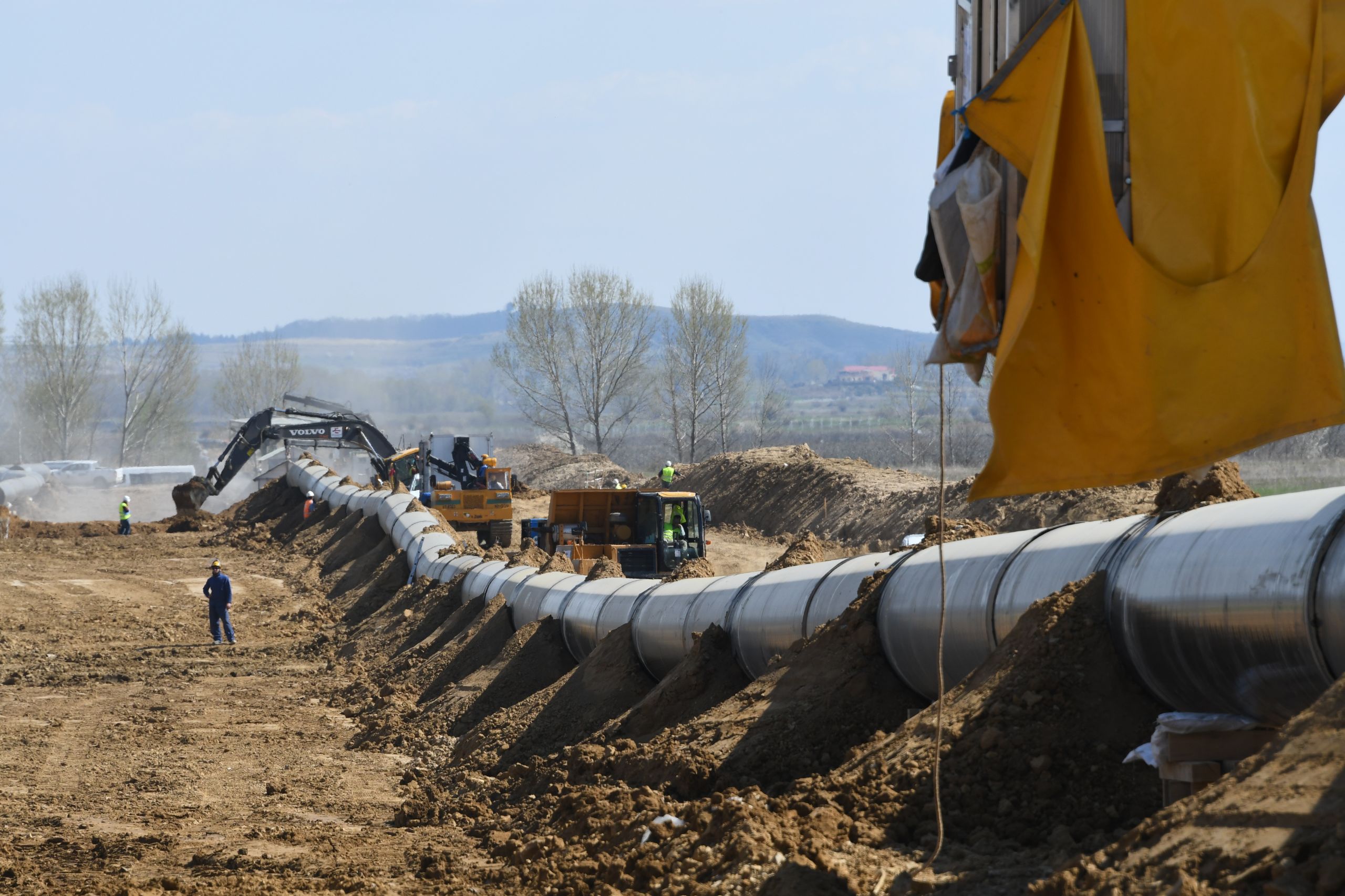 European officials want the Southern Gas Corridor (SGC) mega pipeline to play a bigger role in the energy security of Europe by supplying more countries and buyers in Southern Europe.

The project is now completed and on the brink of pumping the first batch of commercial gas from the Caspian Sea reserves of Azerbaijan to Italy before the year-end. Successful realization of the project inspired European decision-makers to turn the Azerbaijani gas deliveries northward to the Western Balkans.

"Building on the important progress made this year in finalizing the Southern Gas Corridor, we are keen on exploring its possible extension to the Western Balkans," the European Commissioner for Neighborhood and Enlargement, Oliver Varhelyi, said in a statement, S&P Global reports.

The Western Balkans region covers several countries, including Albania, Bosnia and Herzegovina, North Macedonia, Montenegro, and Serbia. Gasification of the region with Azerbaijani resources is expected through the Ionian Adriatic Pipeline (IAP), a structure that measures 511 kilometers in length and has a transportation volume of 5 billion cubic meters (bcm) per year. According to the plans of the European Union (EU), the pipeline would connect to the Trans Adriatic Pipeline (TAP), the SGC's final segment, in Albania, from there stretch toward the Croatian grid via Montenegro, with a spur into Bosnia and Herzegovina. The Memorandum of Understanding on IAP was signed by Albania, Bosnia and Herzegovina, Croatia, Montenegro and Azerbaijan's state-run energy company SOCAR in August 2016.

The west Balkan region, currently relies on Russian gas supplies, would likely transform into an interconnected trading area thanks to several cross-border projects, including the IAP, after 2021. Moreover, the gas used in power generation is seen as the most viable resource to replace the region's current coal-fired generation. The bidirectional IAP would reportedly supply Albania with 1 bcm, Montenegro with 0.5 bcm, Bosnia and Herzegovina with 1 bcm, and Croatia with 2.5 bcm of gas once it comes online.

The three-segmented Southern Gas Corridor traverses seven countries and six regulatory systems, links 11 different investors, and will initially supply 12 different gas buyers, including primarily in Europe. Turkey gets 6 bcm of the pipeline's 16 bcm annual transportation volume via the Trans Anatolian Pipeline or TANAP, the middle and largest portion of the SGC.

The 3,500 kilometer-long mega pipeline contributes to strengthening the European energy security and diversifying the European energy supplies by an annual supply of 10 bcm of natural gas in the Trans Adriatic Pipeline (TAP), the final segment of the corridor. TAP starts at the Turkish-Greek border, runs along 773-kilometer onshore and 105-kilometer offshore routes traversing Greece and Albania toward its end destination in Italy. The Southern Gas Corridor, defined as one of the world's largest and most complex pipelines built to date, is second to none kind in terms of pumping the Caspian gas directly to the European marketplace.

"The volumes of the Southern Gas Corridor are quite modest relative to Europe’s overall gas consumption," says Vitaliy Baylarbayov, Deputy Vice-President for Investments and Marketing of SOCAR. "However, the project provides for significant supply diversification for specific markets, and this is its unique energy security and geopolitical contribution. The contracted gas to Europe in its first stage is 10 billion cubic meters (BCM) annually, in addition to 6 BCM to Turkey. The pipeline has a spare capacity of another 16 BCM annually. It can be further expanded to deliver additional volumes."

Baylarbayov explains that demand for natural gas in additional markets of Europe, such as the Balkans and Southeastern Europe grows simultaneously with the development of these regions to adopt more environmentally friendly fuel mixes. The Ionian‑Adriatic Pipeline interconnector has prospects for meeting such demands, the SOCAR top official believes.

There is a great discrepancy between the share of the use of gas in households in the EU and in the Western Balkans countries, explains Atanas Georgiev, Dean of the Faculty of Economics and Business Administration (FEBA) at Sofia University in Bulgaria. While natural gas accounts for 35 percent of the total household consumption use in the EU, it takes only 3 percent of the overall usage in Western Balkan's households. More than half, or 67 percent of all households in the region are heated with solid fuels or wood fuel.

"The countries in the Western Balkans had a deal with the EU until 2020 under the Energy Community Treaty framework and have started the negotiation for the period until 2030," Georgiev states in Energy and Climate Diplomacy Journal published by the Bulgarian Diplomatic Institute in June 2020.

"Many challenges lie ahead, among them energy poverty, the lack of enough natural gas in the region, and the lagging of energy efficiency and renewable energy policies. One of the decisive factors, which will define the negotiation process, would be the role of natural gas. Its role in the EU, even if large enough now, may decline in the period until 2030. The Western Balkans, however, have not even started their gas age."