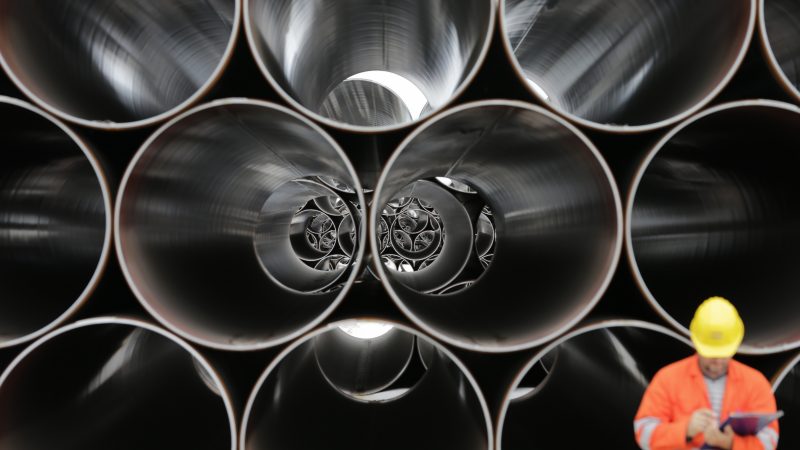 The European Investment Bank (EIB) on Tuesday approved a €1.5 billion ($1.8 billion) loan for the building of the Trans-Adriatic Pipeline (TAP) gas project – the third and final leg of the Southern Gas Corridor mega-project, worth around $46 billion.

The bank’s loan is expected to accelerate the construction TAP, and connect it to the Trans Anatolian Pipeline (TANAP) on the Turkish-Greek border, which will carry gas from Azerbaijan’s offshore Shah Deniz gas field to Europe by traversing five countries through what is known as the Southern Gas Corridor.

The EIB was set to make a decision regarding the loan in December, but the bank delayed it, citing a need to scrutinize the project more closely over environmental concerns posed by non-government organizations in Italy.

“The argument we are persuaded by, that made by the European Commission, is that it is simply not fair to leave large parts of Europe, particularly central and south eastern Europe, at the mercy of a single supplier,” McDowell said.

The EIB’s announcement came amid uncertainty and heated debates about Russia’s plan to start building the Nord Stream 2 gas pipeline to Germany via the North Sea. If changes are made to the European Union’s Gas Directive, which the European Commission insists, Nord Stream 2 will demand compensation for what it considers damages.

"I did not understand how the extension of the European gas directive to gas pipelines outside the EU internal market should function,” Chief Executive Officer of Nord Stream 2 AG Matthias Warnig said. “And if the EU regulations are changed to the detriment of us, the issue of compensation for damages will be raised," Warnig said in an interview with the German news outlet Wirtschafts Woche.

Russia is openly blaming Poland, Ukraine and the U.S. for efforts to thwart its $10 billion gas project.

"Like Poland, the United States opposes the Nord Stream 2 pipeline," U.S. Secretary of State Rex Tillerson said during a recent visit to Poland.

"We see it as undermining Europe's overall energy security and stability, and it provides Russia yet another tool to politicize energy as a political tool," Tillerson said.

Russian Foreign Minister Sergey Lavrov lashed out at Washington for what he has described as hampering the implementation of the Nord Stream 2 project and forcing Europeans to abandon it.

“It is the USA that calls it ‘politicized’, alleging it leads to a split of Europe, to strangle Ukraine. They openly force the Europeans to abandon Nord Stream 2, although gas delivery to Germany through Nord Stream 2 is 2,000 km shorter than [routes] via Ukraine and a half to two times cheaper than the transit cost through Ukraine," Lavrov said late last year during a press conference.