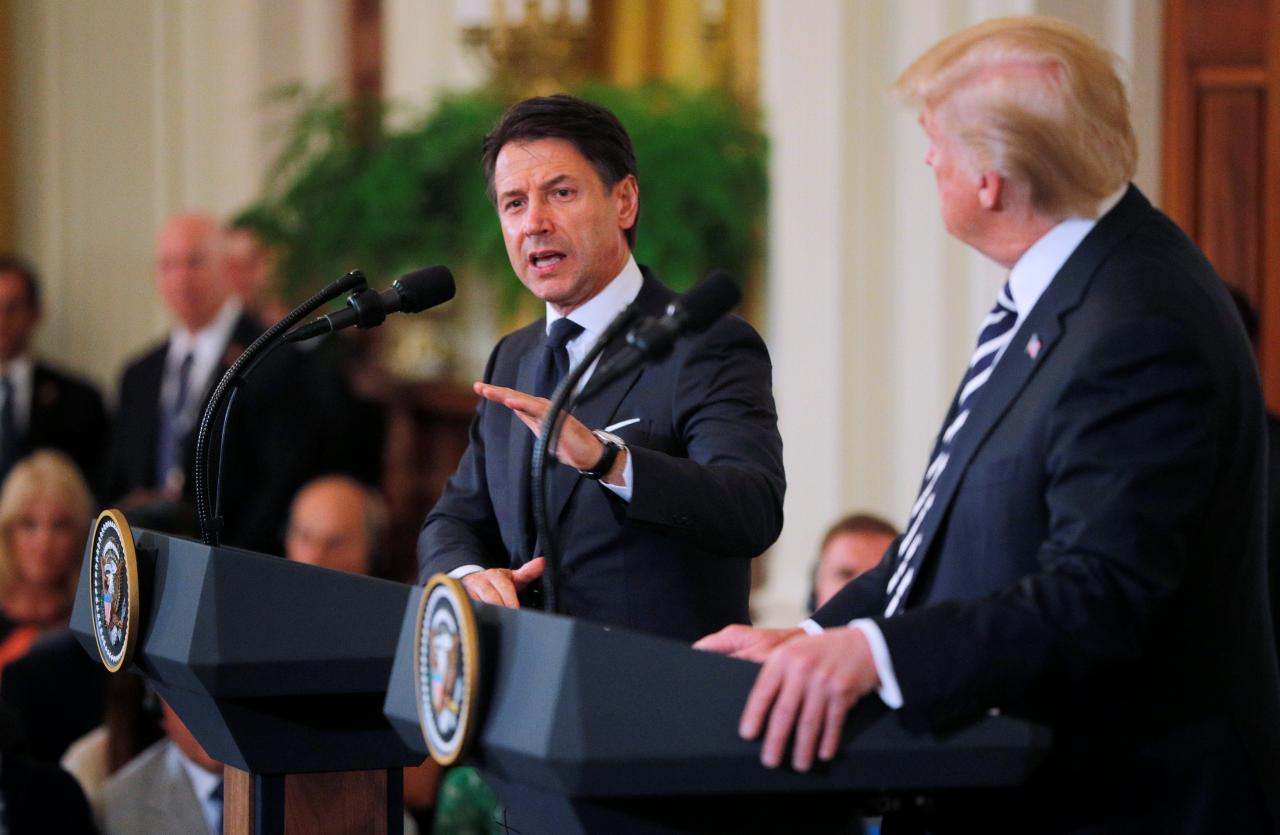 In his meeting at the White House with Italian Prime Minister Giuseppe Conte on Monday, U.S. President Donald Trump discussed Europe’s energy security, including operations that leverage Caspian natural gas resources, such as the Trans-Adriatic Pipeline.

“I discussed [the Trans-Adriatic Pipeline] with President Trump and I reported to him that my government is fully aware of the fact that this is strategic work in terms of energy supply to Italy and to the south of Europe and the Mediterranean area,” Conte said at a joint press conference on July 30, according to a statement issued by the White House.

“We are perfectly aware of the fact that this can provide a contribution also in the renewal of the energy system and the elimination of coal, which is part of our program.”

The Trans Adriatic Pipeline (TAP) is one of three segments that make up the mega-gas transit network known as the Southern Gas Corridor, which pumps natural gas trapped beneath the Caspian Sea to Europe and Turkey. The TAP, which is 76 percent complete and does not go fully online until 2020, will deliver 10 billion cubic meters (bcm) of gas per year to Europe. Another six bcm will be supplied to Turkey via the middle segment, known as the Trans Anatolian Pipeline (TANAP). Ten bcms is enough gas to provide energy for 10 million homes in Europe, averaging about 2.4 percent of the continent’s overall gas demand.

The Shah Deniz 2 natural gas field is currently the only source for the corridor, although there are speculations that Kazakhstan and Turkmenistan want to use their energy resources to feed into the network, which measures 3,500 kms, stretching from the shores of Azerbaijan through Georgia, Turkey, Greece, Albania, and ending in southern Italy.

The corridor comes at a time when Europe’s energy demands, particularly for natural gas, is at a high and supplies from Russia for resources has diminished following a price dispute erupted involving Ukraine, as early as 2007. Despite European leaders’ attempts to ween the continent off Russian supplies, Russia still pumps in about one third of Europe’s demand.

According to the Oxford Institute for Energy Studies, Europe’s overall gas consumption rose by five percent in 2017, after showing a 6.5 percent rise in 2016 and 3.9 percent rise in 2015. Italy ranks alongside Germany, the U.K., the Netherlands, France and Spain as countries whose demand for natural gas has been growing considerably since 2014.