European Energy At Stake In Battle Over Nord Stream 2 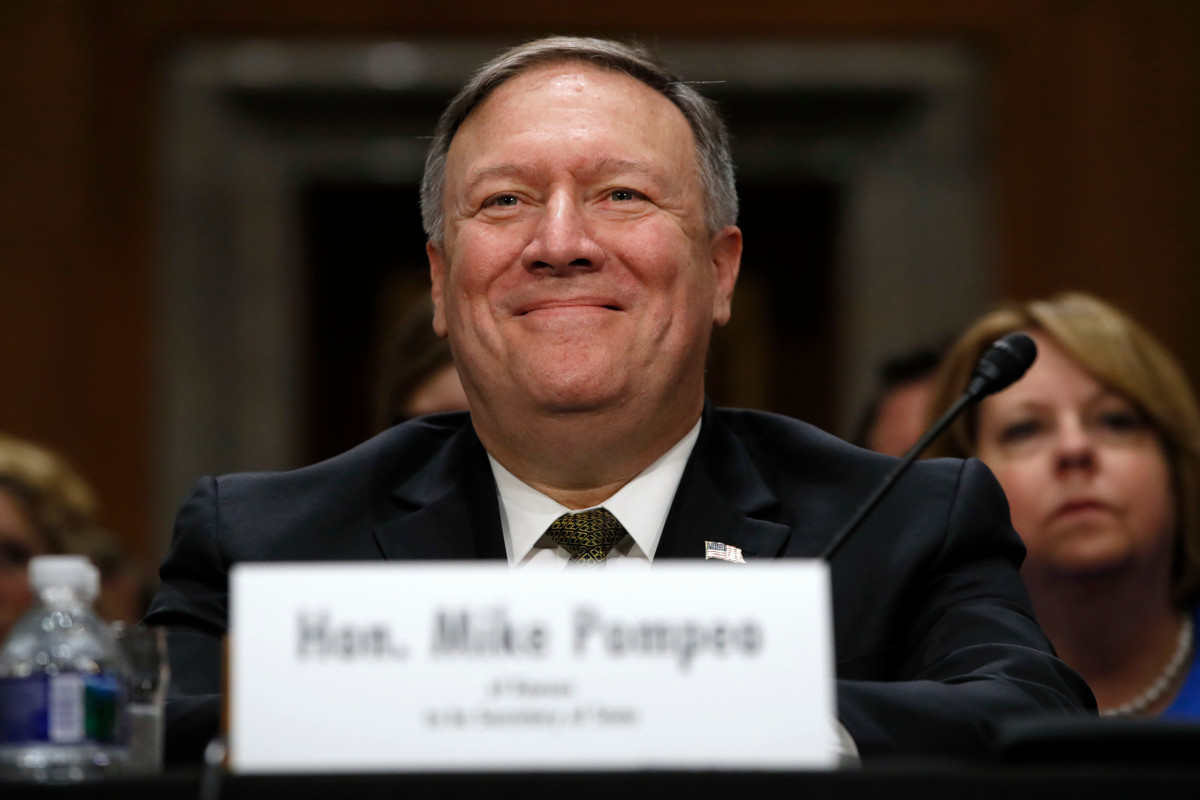 U.S. Secretary of State Mike Pompeo says Washington will continue to insist on the suspending of construction of the Nord Stream 2 gas project, by pressuring its European allies to abandon the project. / Jacquelyn Martin / Deseret News

Testifying before the committee, U.S. Secretary of State Mike Pompeo said Washington will continue to insist on the suspending of construction of the Nord Stream 2 gas project, by pressuring its European allies to abandon the project.

“We are actively engaged in an all-of-U.S.-government approach in convincing European governments and European businesses alike that increased energy dependence on Russia is inconsistent with what it is we’re all trying to do in pushing back against Russia,” Pomepo said during a hearing about the 2019 State Department budget on Wednesday.

The 1,200 kilometer-long Nord Stream-2 gas pipeline, which will link Russia and Germany along the bottom of the Baltic Sea involved Russian energy giant Gazprom and its European partners, including Engie, OMV, Royal Dutch Shell, Uniper and Wintershall. The pipeline will bypass Ukraine and Poland.

The Kremlin insists that Nord Stream 2 is an economic project, with no political consequences attached, but the U.S. government feels otherwise.

“Nord Stream 2 is one of several examples that we have made clear we think goes in completely the wrong direction, in terms of allowing the Russians to have the capacity to exert political influence - not only in Germany, but all around Europe,” Pompeo said on Wednesday.

Pompeo’s remarks were not Washington’s first push to European allies to abandon the project.

In 2017, the U.S. adopted the Countering America's Adversaries Through Sanctions Act (CAATSA), which applies secondary sanctions to countries engaged in business with Moscow. This means that large European companies like the British and Dutch company Shell, Uniper, OMV, and France’s Engie – all working in the Russian energy sector in compliance with EU laws – could be penalized by the U.S., through direct fines or limited access to American capital via American banks.

European countries have openly criticized CAATSA, blaming Washington for interfering in the EU’s energy market. Germany, in particular, has objected to the law because, as two Germany companies – BASF and Uniper – are currently cooperating with Russia on Nord Stream 2.

Some experts believe that American objections to the project are not so much about geopolitics involving Russia as it is about the U.S.’s own economic interests. Europe’s growing energy demands are ripe for opportunity for American companies involved in the liquified natural gas (LNG) business, which plan to export U.S. surplus to Europe via high-tech ships that can make deliveries across the Atlantic Ocean.

“By attacking the Nord Stream 2, Washington imposes its own uncompetitive liquefied natural gas on Europe. Geopolitics is again blatantly interfering in economics, discrediting slogans on diversifying deliveries,” reads a statement posted by the Russian embassy in Washington to its Facebook page on May 24.

The $11.7 billion Nord Stream 2 pipeline project is expected to meet a growing demand in Europe that is predicted to remain steady over the next 20 years, according to a report posted to the Nord Stream 2 website.

Gazprom is now waiting for permission from Copenhagen to construct the pipeline that passes through Denmark’s economic zone in the Baltic Sea. Denmark’s Prime Minister Lars Luke Rasmussen announced recently on that his government intends to delay the implementation of Nord Stream 2.

"My position is that this project has a geopolitical, European implication, and Denmark itself cannot solve it, we did not decide when to make a final decision, and in fact it is very difficult to predict," the Danish prime minister said, according to reporting by RIA Novosti.

In turn, Alexander Grushko, Deputy Director of the Russian Ministry of Foreign Affairs, said that Denmark's position will not interfere with plans for construction of the pipeline.

"As far as we know, there are alternative routes that are commercially motivated," said Grushko.

During a gas conference in Washington held on Thursday, the Chief Financial Officer for Nord Stream 2, Paul Corcoran, said that if the Danish authorities do not approve of constructing the pipeline in Denmark’s territorial waters, the company will have to build in international waters north of Denmark.