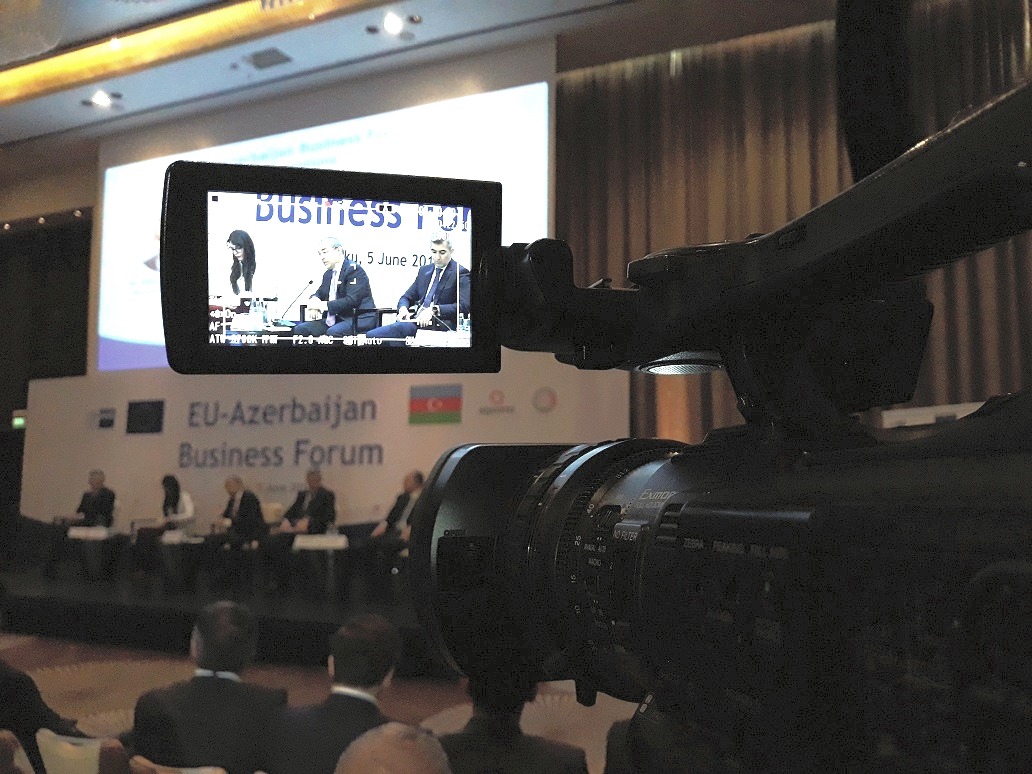 The fourth edition of the annual European Union-Azerbaijan Business Forum that was held Tuesday in Azerbaijan’s capital Baku gave some insight into the business environment in the Caspian country, revealing that 53 percent of European companies plan to expand their businesses in Azerbaijan.

“More than 1,500 European companies operate in Azerbaijan,” Deputy Economy Minister Rufat Mammadov said in his speech at the forum on Tuesday. “European Union countries have invested around $15.3 billion in Azerbaijan over the last five years.”

The forum was co-organized by economy ministry, an EU delegation to Azerbaijan and the AHK German-Azerbaijani Chamber of Commerce. The event was attended by over 100 business representatives from the EU countries, while the total number of participants exceeded 800.

The 2018 “EU Business Climate Report” gave a comprehensive insight into the country’s business environment from the perspectives of the European countries who are engaged in various business activities in the country. The survey included results from 20 questions, mainly addressing the current economic situation and the impact of Azerbaijan’s business environment on individual companies and company demographics. Around 131 online responses and 17 in-person interviews with representatives from 16 different business sectors have helped EU specialists develop the report.

The report revealed that 66 percent of the EU companies are ready to invest again in Azerbaijan, while 50 percent reported an improved economic outlook. Access to domestic markets, strategic partnership and alliances, access to technology and knowledge, access to natural resources, and access to export markets were all cited as reasons that make doing business in Azerbaijan favorable. About 82 percent of EU companies approved the effectiveness of government’s ASAN e-visa portal.

The Azerbaijan Service and Assessment Network, known as ASAN, issues two types of e-Visas: standard e-visa and urgent e-visa. The standard option provides for e-Visa issuance within three days following an online application, while an urgent e-visas takes only three hours to process.

Lawrence Meredith, Directorate-General for Neighborhood and Enlargement Negotiations at the European Commission, said EU appreciates Azerbaijan’s efforts aimed at diversifying the economy and developing the non-oil sector, which he called “innovative and focused at competitive export.”

“First, Azerbaijan should increase the role of small and medium-sized businesses in the formation of the economy,” Meredith said during his speech at the forum.

“The second is ensuring the participation of small and medium-sized businesses in research activities. The third is to secure cooperation between the private and public sectors. And the fourth is to expand investment promotion measures.”

In the 2018 “Doing Business Report” issued by the World Bank Group, Azerbaijan ranked among the top 10 countries, out of 190, regarding protecting the rights of minority investors. The ranking is based mainly on increasing shareholder rights and their role in major corporate decisions, clarifying ownership and control structures, and requiring greater corporate transparency. A presidential decree signed in January made a legal basis for creating an investment-friendly environment for foreign businesses, by developing a new Law on Protection of Rights of Foreign Investors.

Attracting foreign investment to the country remains on top of the list of the government’s goals for the years to come. The dominant oil and gas industries are gradually giving way to non-oil sectors, thanks to new trade and transport corridors as well as huge infrastructure projects. The Alat Free Trade Zone, the Baku International Sea Trade Port, and the Baku-Tbilisi-Kars railway are all carriers of Azerbaijan’s state policy to diversify the investment climate.

“Five industrial parks and four industrial towns were established in Azerbaijan. Around $2.5 billion has been invested in industrial parks, however, the amount is expected to grow in the years to come,” Deputy Economy Minister Rufat Ammadov said.

“For realizing the transit potential [of Azerbaijan], the Baku-Tbilisi-Kars railway was launched in 2017, the Baku International Sea Trade Port was put into operation this year.”