Olympic Stadium in Baku, the site of the 2018-2019 football (soccer) season’s Europa League Final played between the British teams Arsenal and Chelsea last Wednesday, attracted more than 51,000 spectators – ranking the game third in attendance in the past 10 years. / Getty Images

Olympic Stadium in Baku, the site of the 2018-2019 football (soccer) season’s Europa League Final played between the British teams Arsenal and Chelsea last Wednesday, attracted more than 51,000 spectators – ranking the game third in attendance in the past 10 years. But some still discuss Azerbaijan hosting the game.

Some British media outlets criticized the Caspian country claiming Baku would not be able to bear the burden of heavy influx of foreign tourists and handle the transportation demands. Yet Baku had already repeatedly played a host to a series of major competitions, including First European Games and F1 races.

“Of course, there are many [soccer] fans in the U.K., and I read a lot of swearing about the venue chosen, but I think people sometimes forget that there are fans all over the world,” said Australian fan David McKay, referring to the distance between the U.K. and Azerbaijan, according to reports by Nezavisimaya Gazeta.

Baku is served by three direct overnight flights from Heathrow, all at 10:05 p.m., flying on Tuesdays, Thursday and Saturdays via Azerbaijan Airlines. Indirect flights, resulting in transfers, were also an option for football fans wanting to attend the Europa League Final. Dozens of daily direct flights connect Azerbaijan with some of the main cities of other European countries, including Germany, France, Italy, Switzerland, Czech Republic, Hungary, Bulgaria, Latvia, Russia, Ukraine, Belarus, and Turkey. Some fans chose to fly to Tbilisi, Georgia and catch a bus or the night train to Baku, on the eastern side of Azerbaijan.

“Well, yes, direct flights are better,” McKay said, “but it is not such a big deal to fly with a transfer in a few hours. It seems to me that they make too much noise in England,” he added.

Meanwhile, European football’s governing body, UEFA responded to the complaints, saying it would be unfair to exclude certain venues based on their decentralized geographical position.

“It’s a pan-European Euro where we want to show that football can bring people together. Of course, it will be easier to come to London or to Rome to Munich, than to Baku or Bucharest or Bilbao, but that doesn’t mean that we shouldn’t play there,” UEFA president Aleksander Ceferin said, according to The Washington Post.

Chelsea and Arsenal fans were shocked after they were greeted with bouquets of flowers and souvenirs at the airport in Baku. The organizers of the event worked hard to ease access to the stadium by launching special buses running between Olympic Stadium and the nearest metro station. Those who could not attend in person were able to watch it via large monitors installed throughout the city.

Fights and clashes amongst British football fans were not a problem, but that did not mean all forms of the dispute were avoided. Henrikh Mkhitaryan, Arsenal midfielder and an ethnic Armenian, did not play in the game due to it being held in Azerbaijan. Armenia and Azerbaijan, two post-Soviet countries and neighbors in the South Caucasus, have been at odds for almost three decades because of the conflict over the Nagorno-Karabakh region which is an internationally recognized part of Azerbaijan but has been occupied by Armenia since the early 1990s. About a week before the game, officials from Arsenal cited “reasons of personal safety in relation to political tensions between the two countries.”

Azerbaijan’s football association and the foreign ministry had issued statements before the big match stating that the security of everyone – team participants as well as spectators – would be ensured by local authorities, but Mkhitaryan still refused to come to Baku.

Mkhitaryan would not be the first Armenian athlete to come to a sports competition in Baku. Eighteen sportsmen from Armenia traveled to Baku to participate in the First European Games, which took place in 2015. Migran Arutunyan won a silver medal in men’s Greco-Roman wrestling. Gevorg Manukian, an Armenian-descent wrestler representing Ukraine in European Games, received his silver medal personally from the country’s president, Ilham Aliyev. In a post-awards interview, Arutunyan thanked the people of Azerbaijan for their good behavior toward Armenian athletes.

Oleg Blokhin, a former striker for the then-USSR’s national team who attended the match, criticized Mkhitaryan for his decision.

“For me, his decision is nonsense. In his place, I would come and play,” Blokhin told Azerisport. 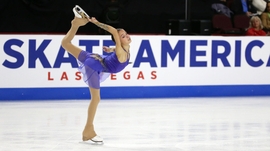 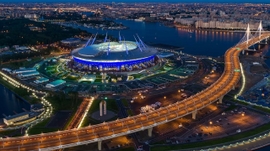 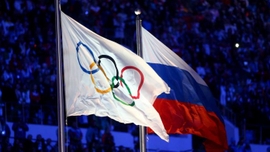