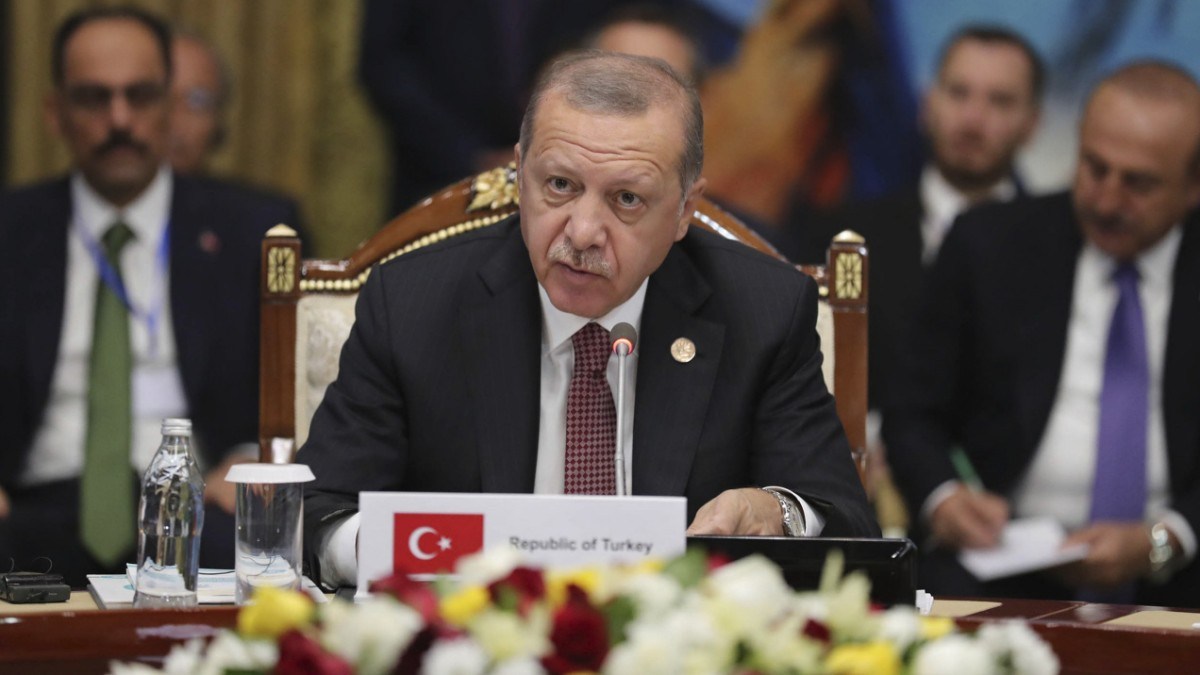 President Erdogan attended the one-day summit along with leaders of other Turkic states, including Azerbaijan, Kazakhstan, Kyrgyzstan and Uzbekistan. / Getty Images

Turkey’s President Recep Tayyip Erdogan called on Turkic states to pursue non-dollar transactions in trade, accusing Washington of behaving like “wild wolves,” during remarks made at the recent Council of Cooperation of the Turkic-Speaking Countries, also known as the Turkic Council, held in Kyrgyzstan.

“We must take decisive steps to increase and expand our trade and economic cooperation and must understand that the dependence of international trade on the U.S. dollar is an obstacle,” Erdogan said on September 3 while addressing what was the sixth summit of the Turkic Council, according to reports by Kazinform.

“We need to smash the dollar monopoly once and for all, using our national currencies for mutual settlements,” he added.

President Erdogan attended the one-day summit along with leaders of other Turkic states, including Azerbaijan, Kazakhstan, Kyrgyzstan and Uzbekistan. Hungary’s Prime Minister Viktor Orban also attended the summit, where he said that Hungary is ready for the opening of a new chapter in Hungarian-Turkic relations.

Erdogan’s remarks came on the heels of the Turkish lira, Turkey’s national currency, falling by 18 percent on August 10 – a tumble so steep that it passed the record low from 2001. At that time, Turkish citizens were urged to sell their dollars and euros in a bid to save the national currency.

The lira collapsed once more after U.S. President Donald Trump announced that the United States would increase tariffs on Turkish aluminum and steel to 20 percent and 50 percent, respectively. Ankara has responded in kind with similarly sized tariffs on American-made products imported into Turkey.

Relations between Ankara and Washington have deteriorated in recent years, especially after Turkey refused to release Andrew Brunson, a 50-year old American pastor from North Carolina who has been detained in Turkey for more than a year and a half on suspicion of engaging in espionage and having links to plotters of a coup attempt in 2016 to topple Erdogan.

At the Turkic summit held on Monday, Erdogan said Turkey is ready to pursue non-dollar transactions in the trade with Russia, China, Iran, and Ukraine, and would like to do the same with the European Union. He then said that the national bank of Iran, Bank Melli, has already started implementing the corresponding agreement with Turkey, as of April.

Not everyone is convinced, however, that the proposal to ditch the U.S. dollar will go far.

Igor Shestakov, a political expert from Kyrgyzstan, says Erdogan’s remarks are of a political nature and some countries will not accept it.

“Neither Kazakhstan nor Kyrgyzstan will do trading operations in [their] national currencies. The dollar is still a global and universally recognized currency. Erdogan acted as a politician who is dissatisfied with the actions of the U.S. leadership,” Shestakov told Vesti Kyrgyzstan on Tuesday.

Meanwhile, Timur Nigmatullin, a financial analyst from Moscow, says it is impossible to get rid of the dollar in a quick manner, because adjusting a national economy off a system that has long been in place is not easy.

“The euro, the yuan, perhaps the Indian rupee and the dollar will become equal alternatives for parties to the international transactions and will be agreed upon at will of the parties,” Nigmatullin told Russia Today on Sunday.

“That is, the hegemony of the U.S. national currency will be lost, but it will not completely disappear from the financial market, remaining one of the convenient financial instruments in the world trade,” Nigmatullin said.

Earlier this year, Erdogan said Turkey will not tolerate a situation when “the world is declared an economic war, and several countries are pressured by the threat of imposing sanctions.”

“There is not a single politician and no country in the world that succeeds in pursuing a hostile policy towards Turkey,” Erdogan said.