Electric Cars Could Soon Be Mass-Produced In Kazakhstan 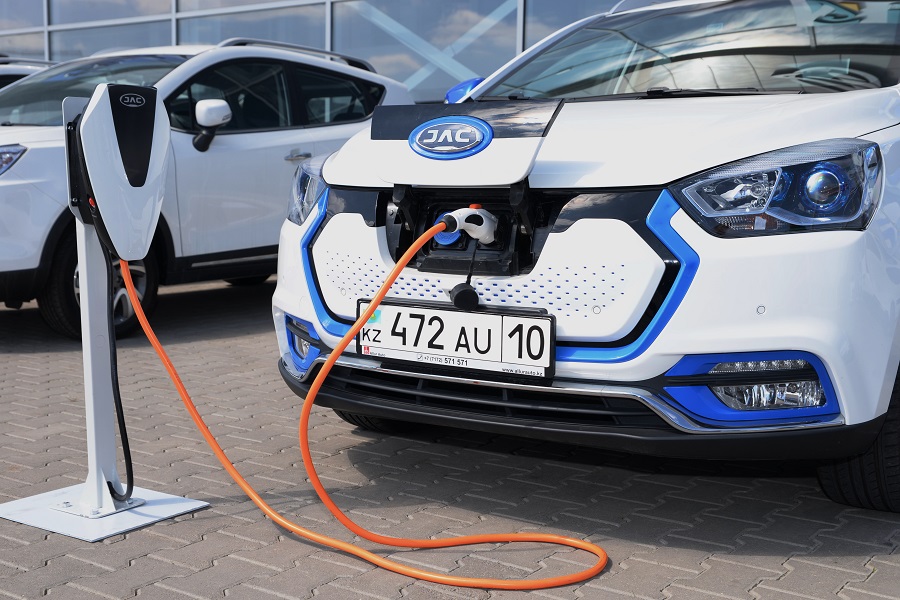 “Kazakhstan strives to comply with world trends so we are working on it,” said Amaniyaz Yerzhanov, vice minister of Industry and Infrastructure Development, according to reports by Kazinform. “Some vehicles have been launched and put up for sale. If they are in demand, our automakers are ready to produce electric cars.

Together with the Chinese state-owned automobile and commercial vehicle manufacturer JAC Motors, Kazakhstan has already been manufacturing five different models of eco-friendly electric vehicles. Over the past three years, the plant has produced 30 electric vehicles. Following test drives, the mini sport utility vehicle (SUV), or crossover, known as the iEV6S proved to be the best.

“Kazakh manufacturers are ready to produce cars that use environmentally friendly fuel. Now hybrid cars are being produced, some of them use gas, some gasoline, and now we are working to make them work on batteries,” said Yerzhanov.

Eco-friendly electric cars are becoming trendy, if not popular, as concerns grown globally about carbon emissions and climate change.

In 2018, the number of electric cars worldwide exceeded 5.1 million, up two million from the previous year and almost doubling the number of new electric car sales, according to International Energy Agency. China remained the world’s largest electric car market, with nearly 1.1 million units sold last year – accounting for almost half of the global electric car stock.

Europe followed, with 1.2 million electric cars; and the United States, with 1.1 million on the road as of late 2018. At the same time, Norway was ranked the global leader in terms of electric car market share with nearly 46 percent of new electric car sales.

According to Kazakhstan’s industry and infrastructure development ministry, about 200 electric cars are currently in operation in the Caspian country, with seven of them produced locally, including Saryarka Avtoprom and Azia Avto. However, Kazakhstan-made models remain expensive for locals – a financial reality that officials hope will diminish over time.

“Electric cars, which are produced by Kazakhstani manufacturers, are almost 1.5 times [more] expensive than those produced by Tesla. But we are working reduce the cost of electric vehicles for the end user,” Yerzhanov said Wednesday.

At an average cost of about $36,000, electric cars are still a luxury item. In order to overcome the financial hurdle and promote sales, some governments provide direct subsidies or one-time cash payments to customers who are interested in swapping their gas- or diesel-guzzling motor vehicle for one powered by a rechargeable battery.

Residents of California, for example, benefit from a $1,500 discount on the purchase of an electric car in addition to a tax subsidy. Almost 40 percent of all electric cars and plug-hybrids sold in the U.S. are registered in the Golden State. As a result of California’s Clean Vehicle Rebate Program, more than 100,000 cars have been put on the road since 2010.

Meanwhile, manufacturers in Kazakhstan hope that the government in Nur-Sultan (formerly called Astana) will launch a subsidy program to boost the industry.

Since last year, the Ministry of Investment and Development agreed with local manufacturers to develop a comprehensive program to support and develop the industry. The initiative, however, is still just a concept on paper.

“As part of an integrated plan, various support measures are discussed, and the first one is to stimulate demand,” said Anar Makasheva, vice president of Kazakhstan Auto Business Association.

“There is a program of preferential car loans, which will [apply] to the purchase of electric vehicles. About $5,000 will be paid in order to encourage people to change their old cars to new electric cars through the recycling and certification systems,” she said.