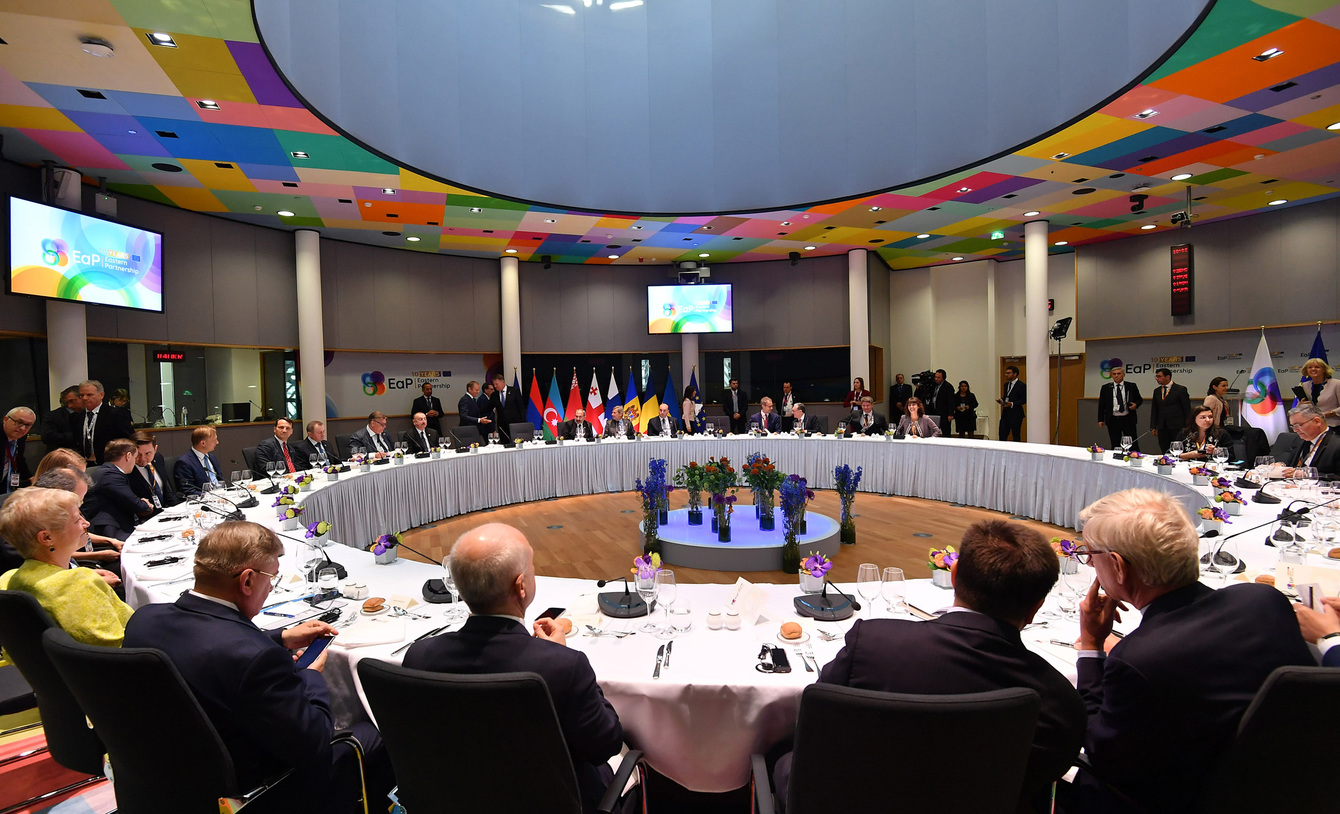 Foreign ministers from the European Union and the six Eastern Partnership countries met in Brussels from May 13-14, but this year’s meeting – the first plenary meeting of the 10-year anniversary summit – lacked a closing declaration to which all sides could agree.

“An ongoing occupation by Armenia of the territory of Azerbaijan prevents us from taking the whole region to another level of cooperation. We need to unlock a whole potential of the region,” Azerbaijan’s Foreign Minister Elmar Mammadyarov said, referring to the Nagorno-Karabakh region which is an internationally recognized part of Azerbaijan, but has been occupied by Armenia since the early 1990s.

Mammadyarov was dissatisfied that the draft declaration did not mention “territorial integrity,” a sensitive issue for Azerbaijan considering the occupation of its Nagorno-Karabakh region by Armenia.

“If we are to move together with [the Eastern Partnership], so as to help the EU realize its neighborhood policy objectives, the issues of resolution of conflicts and de-occupation must be addressed,” Mammadyarov said.

The Eastern Partnership (EaP) is part of the European Union’s European neighborhood policy and aims to bring Azerbaijan, Armenia, Belarus, Georgia, Moldova and Ukraine – all former Soviet republics – closer to the bloc without the concrete offer of EU membership. Initiated by Sweden and Poland, the EaP was established in Prague in 2009. Its main purpose was initially to enhance the political association and economic integration of the six former Soviet states with the EU.

For Azerbaijan and Armenia, the Nagorno-Karabakh conflict remains a major sticking point. After the collapse of the USSR, Armenia made territorial claims on the region, which had been partially populated with ethnic Armenians living alongside indigenous Azerbaijanis. Once the Soviet Union ceased to exist, Armenia launched an all-out war against Azerbaijan to seize the region.

As a result of the full-scale war, which lasted until a ceasefire in 1994, 20 percent of Azerbaijan’s internationally recognized territory – the Nagorno-Karabakh region and seven surrounding districts – has been occupied by Armenia. The war claimed the lives of over 30,000 Azerbaijanis and expelled one million more from their homeland.

“Therefore, full support and compliance by all EaP stakeholders, including the EU and its member states, to the principles of territorial integrity and inviolability of internationally recognized borders should be preserved and streamlined in all documents on all levels and in all frameworks,” Mammadyarov said.

Georgia and Ukraine also expressed their concerns regarding the ministerial joint statement, complaining about the lack of reference to the aspirations for European integration of EaP members.

"Of course, the EU should take into account our European aspirations, as well as the interests of other participants in the program,” Ukrainian political analyst Alexei Yakubin said. The representatives from Azerbaijan, Ukraine, Georgia and Moldova expressed their dissatisfaction with the final resolution of the EaP.

Instead of a joint declaration signed by the foreign ministers, the text was approved only by the chairperson of the meeting, EU foreign policy chief Federica Mogherini. But despite ending without a joint statement, the EU officials and their EaP counterparts highlighted the progress made by the partnership and reinforced their commitments towards the so-called 20 deliverables for 2020.