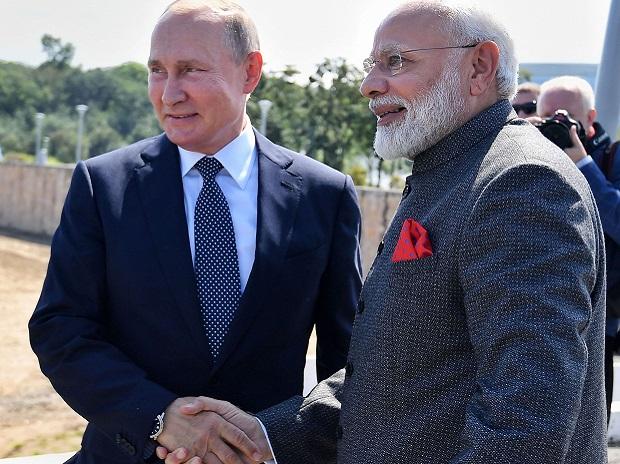 Economic cooperation between Russia and India came under the spotlight on the first day as Russian President Vladimir Putin met with India’s Prime Minister Narendra Modi and signed several agreements, including a strategy for boosting cooperation on trade, economy and investment.

Business leaders and senior officials from around the globe met in Vladivostok on Wednesday for the fifth annual Eastern Economic Forum to explore ways to better integrate Russia’s economy with the Asia-Pacific.

The three-day forum, which runs through Friday, is reportedly bringing together more than 8,000 foreign guests from 65 countries to address economic challenges facing in Russia’s eastern end by means of panel sessions, round tables, television debates, business breakfasts and business dialogues. The biggest delegations of this year’s forum include India, China, Japan and South Korea, as well as guests from the United States, Singapore and the United Kingdom.

Economic cooperation between Russia and India came under the spotlight on the first day as Russian President Vladimir Putin met with India’s Prime Minister Narendra Modi and signed several agreements, including a strategy for boosting cooperation on trade, economy and investment.

“This is a historic opportunity to give a new impetus to cooperation between our countries,” said Modi.

Following the talks with Indian prime minister, Putin emphasized that the bilateral trade turnover – which grew by 17 percent last year, reaching a figure of $11 billion – has a huge potential for further growth. Putin stressed that the agreement signed will help boost trade turnover, which calls for the removal of barriers to investment and promotes joint projects in scientific, technological and innovative areas.

In addition, the establishment of a free trade zone between India and the Russia-led Eurasian Economic Union (EAEU) is expected to significantly increase trade thanks to a relaxation of current customs regulations.

According to a joint statement, the two sides agreed to continue promoting trade in national currencies, rather than the United States dollar, and hit a new ambitious target to triple bilateral trade up to $30 billion by 2020.

“We consider the introduction of the practice of using national currencies in our settlements to be a key component of the work with our Indian partners, as well as ensuring smooth interbank transactions, which would help India join the Bank of Russia financial message transfer system,” RT quoted President Putin as saying on the sidelines of the EEF.