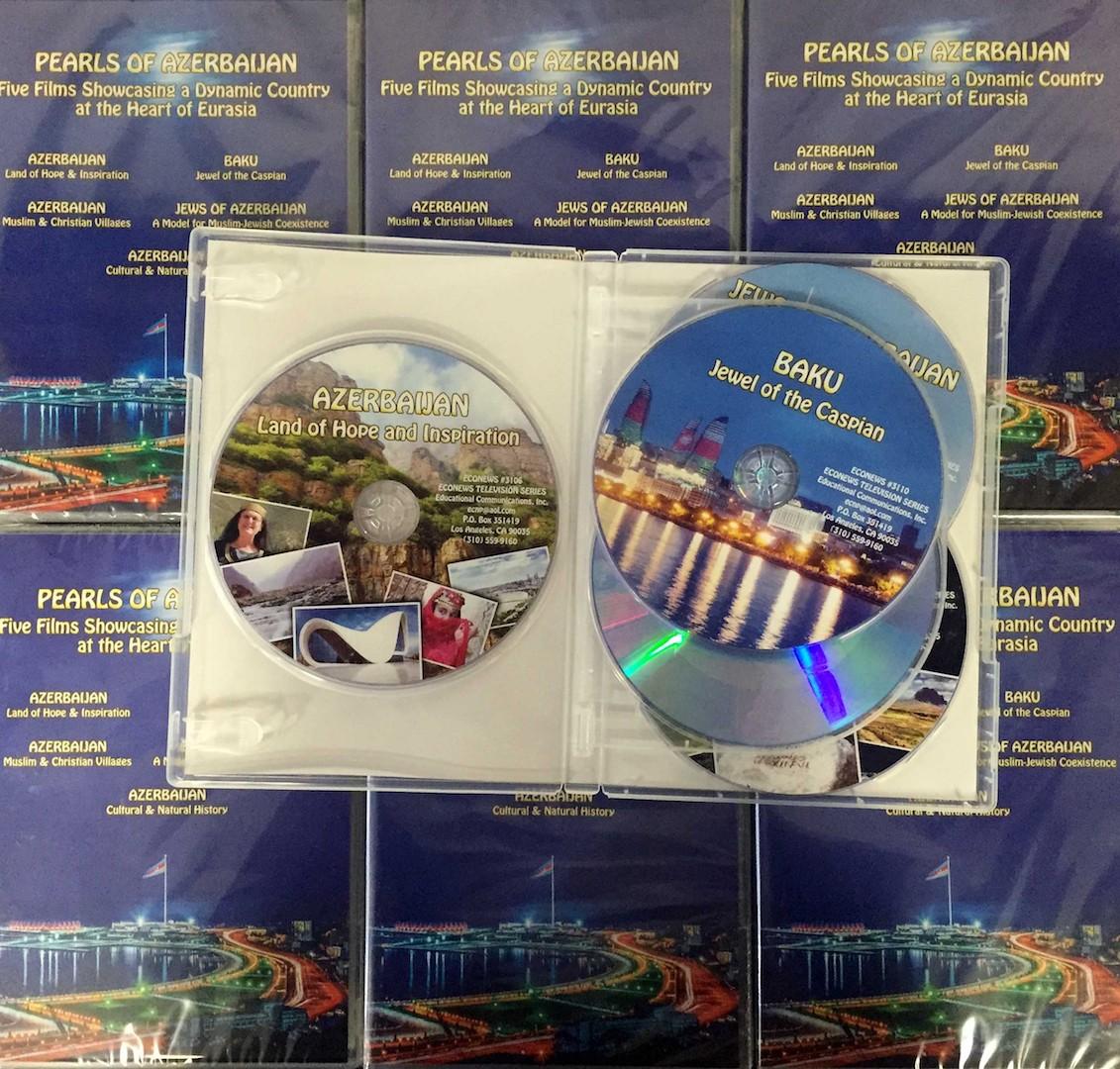 Collection of Documentaries: Pearls of Azerbaijan

The Ministry of Culture and Tourism, in conjunction with the Azerbaijan Consulate in Los Angeles, released a DVD set of five documentaries on Azerbaijan titled "Pearls of Azerbaijan: Five Films Showcasing a Dynamic Country at the Heart of Eurasia," on December 22nd.

Produced in Los Angeles in 2016, the documentaries detail Azerbaijan’s rich and colorful culture, history, traditions, nature and tourism opportunities. The films also highlight the steady development of Azerbaijan as an independent nation since 1991 as well as the country’s positive multiculturalism and successful model of multi-faith tolerance and harmony, which allows for Muslims, Christians, Jews and representatives of other faiths to live together in peace and mutual respect.

Supported jointly by Azerbaijan’s Ministry of Culture and Tourism and the Consulate General in Los Angeles, the documentaries were filmed and produced by Los Angeles-based ECONEWS Television and Radio Series. ECONEWS Host Nancy Pearlman and her crew visited Azerbaijan to film the documentaries in Baku as well as various other regions of Azerbaijan.

The films have already been aired by over 50 television stations located in 21 U.S. states, reaching 19 million homes.

Full versions of the films can be watched here:

Baku: Jewel of the Caspian - https://goo.gl/tYeeso

Jews of Azerbaijan: A Model for Muslim-Jewish Coexistence - https://goo.gl/y8qklr