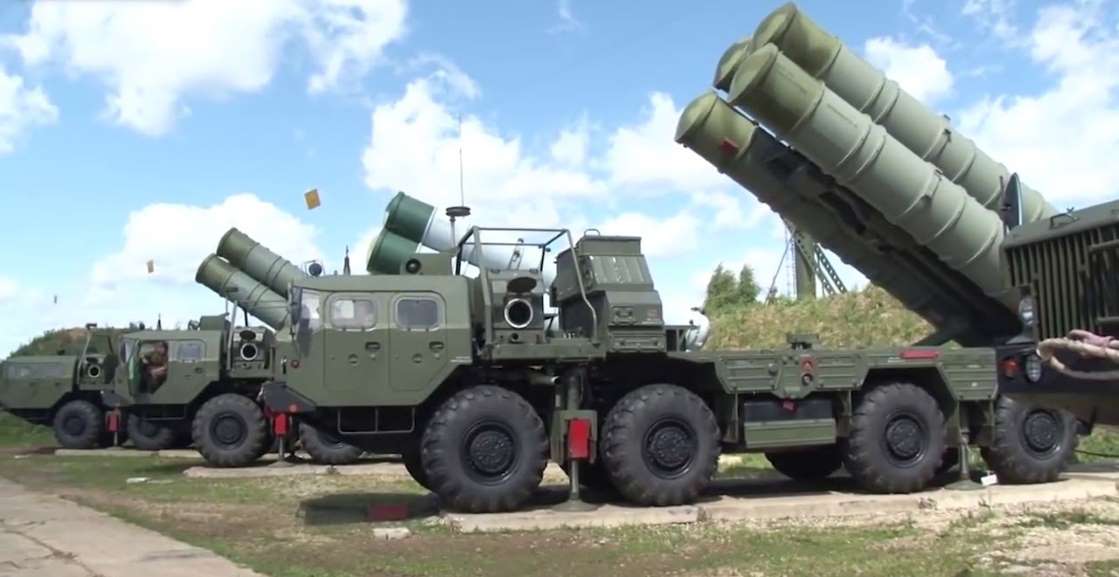 The upcoming Russian S-500 system is being developed by the state-owned Almaz-Antey Corporation, which also developed the S-400 and S-300 air defense systems.

The world’s second-largest military power continues to gradually build up its defense capability with a next-generation version of mobile S-500 air defense system. The system - capable of destroying all existing and promising aerial targets in near space and in the atmosphere - will be ready next year.

In an interview with the Defense Ministry’s Krasnaya Zvezda newspaper, Andrei Yudin, Aerospace Force Deputy Commander-in-Chief Lieutenant-General, said that Russia will complete its work on the most advanced S-500 anti-aircraft missile system in 2021.

"It should be noted that the work on developing the S-500 mobile air defense and anti-ballistic missile system is scheduled to be completed in 2021," Russia Today quoted Yudin as saying on Friday.

Russian S-500 anti-aircraft missile systems, dubbed Prometey, are by far the most advanced anti-missile system in the Russian arsenal and claim to be the best in the world. Branded as a silver bullet against stealth fighters in general and the F-35 in particular, the S-500 is reportedly capable to destroy low-orbit satellites and fifth-generation aircraft, in addition to its primary targets - cruise and ballistic missiles, which could already be dealt with by existing S-300 and S-400 units.

Created on the basis of the S-400, the range of the new Russian air defense system is expected to significantly surpass its predecessors. The S-500 will likely use a variety of missiles in addition to the 77N6 missile series, currently under development for the S-400, as a hit-to-kill interceptor for ballistic missile targets. With a widely expected maximum operating range of 600 km (373 miles) and a system response time of 3 to 4 seconds, the S-500 reaches a whopping 200 km (124 miles) farther and is around 6 seconds faster to respond than its S-400 predecessor.

The upcoming Russian S-500 system is being developed by the state-owned Almaz-Antey Corporation, which also developed the S-400 and S-300 air defense systems. Currently, the S-400 Triumf is considered Russia’s latest long- and medium-range surface-to-air missile system. It can engage targets at a distance of up to 400 kilometers (249 miles) and at an altitude of up to 30 kilometers (19 miles) under intensive enemy fire and jamming.

Last year, Russian Deputy Prime Minister on defense industry Yuri Borisov announced the phased testing of various elements of Russia's next-generation air and missile defense system was already undergoing, as well as the launching of new missiles that have no analogues in the world. The Ministry of Defense stated later that the first S-500 set could be transferred to the troops in 2021, then, after several years, mass production will be launched. In this regard, Almaz-Antey put into operation three new sites in St. Petersburg, Nizhny Novgorod and Kirov.

Some experts believe that competitors of similar systems may appear no earlier than in 15-20 years, until that time in the West they will not be able to create such technologies. One of the competitors of the S-500 is the American mobile anti-ballistic missile complex THAAD, but its capabilities are limited only by the atmospheric interception of medium-range missiles, while the S-500 is a multifunctional system.

Meanwhile, western defense experts have already expressed their concerns over the deployment of the S-500 system, which is expected to be networked with the existing systems, including S-400, S-300 and S-350 and other weapons, to provide an integrated defense system. This, in turn, could pose a threat for their stealth aircraft like the F-22, F-35 and B-2, reported the National Interest.