Despite U.S. Pressure, A Third Of Nord Stream 2 Is Complete 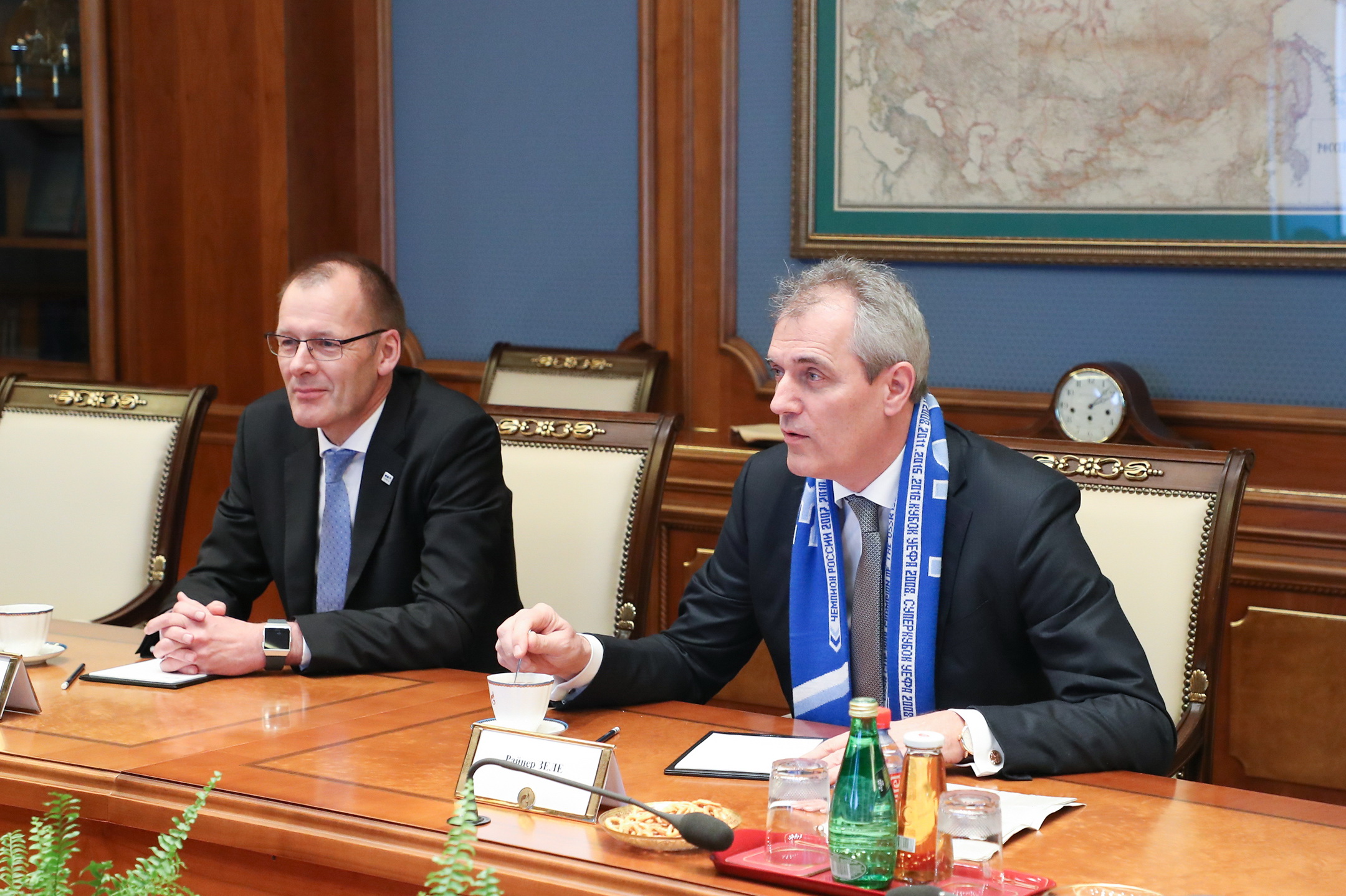 Chairman of the Executive Board of OMV Rainer Seele (on the right) at the meeting with Gazprom Chief Executive Officer Alexey Miller in Moscow on March 6.

Russian energy giant Gazprom has already completed one-third of the Nord Stream 2 natural gas pipeline that will increase the amount of gas deliveries from Russia to Europe, via a second underwater pipeline laid along the Baltic seabed.

“As of now, 818 kilometers of pipes – precisely one-third of the gas pipeline’s total length – have been laid in the Baltic Sea,” reported Gazprom following a working meeting between Chief Executive Officer Alexey Miller and Rainer Seele, Chairman of the Executive Board of OMV, held in Moscow last Wednesday.

Nord Stream-2, at $11.7 billion, is a 1,200 kilometer-long (750 mile) pipeline that extends from Ust-Luga in western Russia to the Greifswald in northeastern Germany. The two segmented pipeline is expected to increase Russia’s annual deliveries to Europe by up to 110 billion cubic meters (bcm) via the Nord Stream pipeline.

On the sidelines of the meeting, the parties discussed the growth of energy supplies to Austria. Between January 1 and March 5, 2019, the Gazprom delivered to Vienna an estimated 3.3 bcm of gas, marking an increase of 32.9 percent from the same period of last year.

Gazprom is already the largest supplier of natural gas to Europe, and with the implementation of the Nord Stream 2 Washington is concerned that Europe will be only more dependent on Russia for meeting its growing energy demand. The Trump Administration has been lobbying for the EU to import liquified natural gas (LNG) from the U.S. and nix the Nord Stream 2 project. Furthermore, with Nord Stream 2 going online Europe’s ally Ukraine is uneasy, as it may lose valuable transit revenue from gas sales that use its overland route from Russia.

Despite Washington’s efforts, however, the Russian Nord Stream 2 option is proving to be the most cost-effective option. The EU has struck deals with Russia that extend through 2040.

“We, as Europeans, are well advised to sign contracts for natural gas supplies from other regions of the world,” said Seele in an interview with Neue Zürcher Zeitung. “However, these suppliers must be as reliable as Russia has been in terms of gas supplies for the last 50 years.”

Seele explained that American LNG would not be competitive for the European market since it is too expensive and would lead to an increase in costs for EU industrial companies.

“Russia can't divide Europe,” he said, denying the idea that the Nord Stream 2 project could divide the EU. “There's no reason to say that. The EU can only be divided if it doesn't resolve its internal issues. We Europeans should focus on ourselves and seek unity. The upcoming Brexit can do much more [harm] to the EU.”

Austria’s OMV AG is involved in the construction of Nord Stream 2 along with Engie (France), Royal Dutch Shell (a British-Dutch conglomerate), Uniper and Wintershall (Germany), and the Russian energy giant Gazprom – the world's largest supplier of natural gas, which accounts for approximately 15 percent of global production.