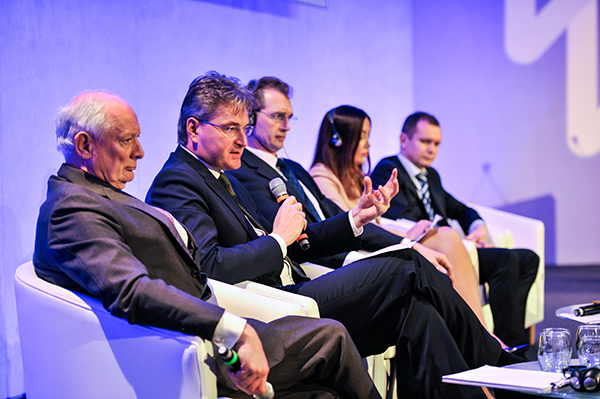 Despite the poor diplomatic relationship, Russian-British trade is expected to reach $14 billion by the end of this year.

Diplomatic relations between London and Moscow are strained, but this has not stopped the United Kingdom from strengthening economic ties with Russia.

Speaking on the sidelines at the fourth Russian-British Business Forum held at the Queen Elizabeth II Conference Centre in London, the patron of the Russian-British Chamber of Commerce Prince Michael of Kent said that despite difficulties in diplomatic relations between the two countries, Russia remains an important business partner for the United Kingdom.

“Of course, we all recognize the difficulties in the current relationship between our two nations, but it is significant that both the Russian and British governments continue to agree on the importance of trade and commercial ties,” RIA Novosti quoted the prince as saying during the one-day business forum held on Monday.

Prince Michael also said that the increased number of representatives at the event – this year it topped 800 – is evidence of both sides' interest in expanding bilateral business cooperation.

“In 2013, Russia was the U.K.'s fastest growing emerging market, and since 2016 the volume of goods and services traded has again continued to rise steadily,” Prince Michael said, addressing delegates in his opening speech.

According to the Russian ambassador, Alexander Yakovenko, attendees at the forum have increased by eight times over four years.

Growth in Russian-British trade comes amid tensions between Moscow and London since March, when it was revealed that the British government believes Russian double agent Sergei Skripal was poisoned in Salisbury using a Russian-made nerve agent called Novichok (“newcomer”). Russia denied all accusations, and diplomatic relations between the U.K. and Moscow, as well as allied western governments and Moscow, suffered as a result of the incident.

But not all hope has been lost. Despite the poor diplomatic relationship, trade is expected to reach $14 billion by the end of this year.

“The volume of mutual trade has nearly reached $10 billion from January through September of the current year, marking a 29 percent growth compared to the same period a year ago,” RT quoted Russia’s trade representative to the U.K, Boris Abramov, as saying on Monday.

British companies actively cooperate with Russian businesses, especially in the field of Russia’s non-energy exports. As a result, Russia has become the tenth largest trading partner with the U.K. as of 2017, according to data provided at Monday’s forum. That year the volume of bilateral trade increased by 22.8 percent compared to the year before. Russian exports to the U.K. had grown by 25.1 percent, as imports by 17.9 percent.

More than 600 British companies are currently active in Russia, including BP, BAT, Unilever and Royal Dutch Shell, while the number of Russia’s companies operating in Britain is over 100.

The Russian-British Business Forum, organized by the Russian Trade Delegation, is an annual business event that brings experts from both countries together to collaborate and seek ways to improve and expand bilateral and multilateral trade and economic cooperation. The biggest event of its kind is organized with the support of Russian agencies involved in foreign trade, the Russian Embassy in the U.K., the Roscongress Foundation and over 30 Russian and international partners.