Could The Arctic Be The Scene Of A New Cold War? 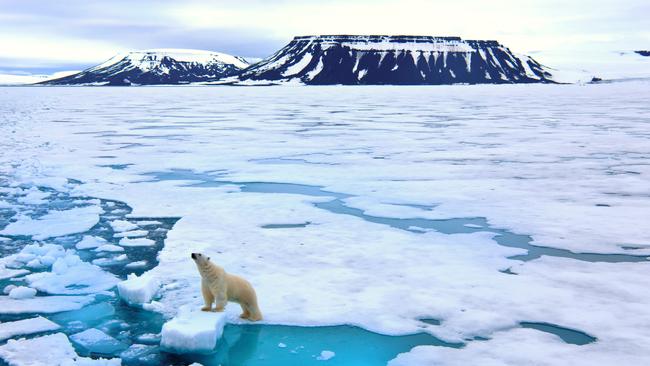 “Arctic: Today and the Future” is expected to bring together more than 2,500 local and foreign delegates from over 40 Russian regions and more than 20 countries.

While Washington is promoting its Arctic Roadmap aimed at blocking Russia’s Northern Sea Route, a strategic trade seaway that connects northeast Asia with northern Europe via Siberia is expected to dominate discussions at the ninth Arctic Forum that will be held in St. Petersburg in December.

Nikolay Korchunov, Russia’s senior official on the Arctic, said earlier this week that the forum will help to build multilateral cooperation for the sustainable development of the vast region.

“The upcoming forum for us is a good opportunity to conduct brainstorming sessions on specific issues and problems, as well as broad discussions of a sectoral and interdisciplinary nature,” RIA Novosti quoted Korchunov as saying on Thursday, referring to the event scheduled for December 5-7.

Korchunov said the recommendations that come out of the forum will be reflected in Russia’s new strategy for the development of the Russian Arctic until 2035, which is currently being drafted and includes public and private initiatives. Among the priorities set for the strategy is the development of a transportation corridor, known as the Northern Sea Route.

Korchunov also underscored the crucial role of the working session on international cooperation that will take place within the forum as a key platform for solving international issues in the region.

“We pay particular attention to the participation of foreign guests,” Korchunov said. “Without exception, all forum sessions are open to foreign participation. And this will allow us to most fully and comprehensively discuss all the issues that will be on the agenda.”

“Arctic: Today and the Future” is expected to bring together more than 2,500 local and foreign delegates from over 40 Russian regions and more than 20 countries. Organized by the state-run Association of Polar Explorers, the three-day event will feature more than 40 business events focused on the development of the Arctic.

With new sea lanes opening up due to warming global temperatures, the Arctic region has become a strategically important area for many of the world's major powers. Said to be rich in natural resources, the United States Energy Information Administration estimates that the area may contain nearly 30 percent of the world’s remaining natural gas and 13 percent of its oil under the bottom of the northern seas.

In addition, the region’s transportation potential means goods can travel a relatively short distance between Europe and Asia, and flights to Canada and the U.S. are lessened with cross-polar routes. Travel by sea via the Northern Sea Route, for example, between northwestern Europe and East Asia is approximately 40 percent shorter compared to the route via the Suez Canal. As a result, the role of the Russia’s Northern Sea Route, a shipping lane stretching from the Arctic Archipelago of Novaya Zemlya in northwestern Russia to the Bering Strait near Alaska crossing five Arctic Seas – the Barents Sea, the Kara Sea, the Laptev Sea, the East Siberian Sea and the Chukchi Sea – has significantly increased.

The U.S. Navy Arctic Roadmap raises concerns in Washington over Russia’s Northern Sea Route, which could strengthen Russia’s and China’s positions in the Arctic.

“With the opening of the Arctic Ocean, the strategic significance of the 51-mile wide Bering Strait between Russia and the United States that represents an important chokepoint for surface and subsurface vessels entering or departing the Arctic Ocean has increased,” reads in the roadmap.

“The Strait has special significance for Russia since it allows Russia to connect her Asian and European naval forces. As the Pacific gateway for Russia’s Northern Sea Route, the Bering Strait will become increasingly important for seaborne trade between Europe and Asia.”