Could Kazakhstan’s Past Be The Key To De-Nuclearizing North Korea? 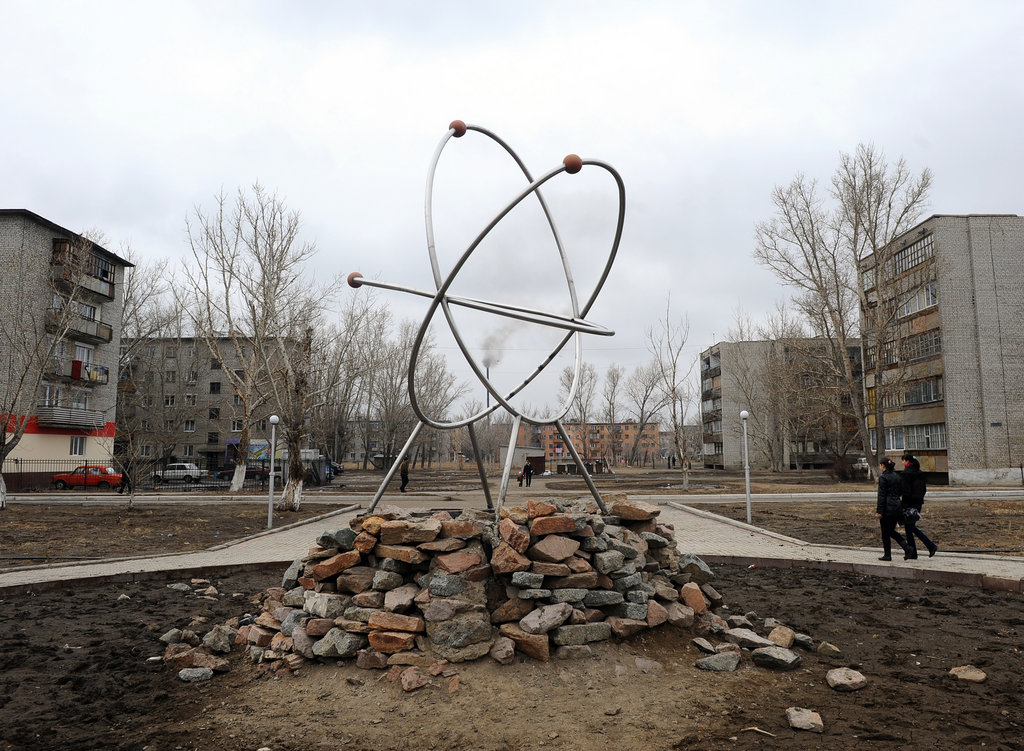 While North Korea was ramping up its nuclear program, Kazakhstan’s President Nursultan Nazarbayev renounced nuclear defense capabilities and closed down the Semipalatinsk nuclear test site, better known as “The Polygon,” after the collapse of the USSR in 1991. / James Hill / New York Times

The willingness of the Kazakhstani government in the early 1990s to give up the country’s nuclear arsenal in exchange for massive amounts of aid from the United States and international community was historic. Moon Jae-in, the president of South Korea, thinks it is also a roadmap for the future.

This week Moon was in Nur-Sultan, formerly known as Astana and the capital of Kazakhstan, as part of his trip to Central Asia and where he met with President Kassym-Jomart Tokayev on Sunday. The South Korean leader was hoping to learn a thing or two from Kazakhstanis regarding denuclearization – a word that, these days, is more associated with the Korean peninsula than the post-Soviet world.

But there are few parallels between what happened in Central Asia as the Soviet Union was on the brink of collapse and abandoned both weapons and nuclear material in newly independent states by the end of 1991, and the nuclear program of North Korea that has been around since the 1960s.

While North Korea was ramping up its nuclear program, Kazakhstan’s President Nursultan Nazarbayev renounced nuclear defense capabilities and closed down the Semipalatinsk nuclear test site, better known as “The Polygon,” after the collapse of the USSR in 1991. After closing down Semipalatinsk, Astana joined Moscow, Minsk and Kiev in 1992 to sign the Strategic Arms Reduction Treaty. Two years later, the American and Kazakhstani governments launched a covert project dubbed Sapphire, reducing the threat of nuclear proliferation by removing nearly 600 kilograms (1,100 lbs) of weapons-grade enriched uranium placed in a warehouse at the Ulba Metallurgical Plant outside Ust-Kamenogorsk.

In February 2005, North Korea’s officials publicly acknowledged for the first time that the country has nuclear weapons, while in 2006 they conducted the first test firing of them. The situation worsened after KCNA, the country’s official news agency, announced in 2017 that the country test-fired a new type of intercontinental ballistic missile that is capable of carrying a “super-large heavy (nuclear) warhead.”

With an aim to help North Korea take steps toward dismantling its arsenal, officials in South Korea are studying the Kazakhstani model of creating a regional nuclear-free zone, known as the Central Asian Nuclear Weapon Free Zone. In addition, this week Kazakhstan and South Korea agreed to make efforts to hold consultations between the Foundation of the First President of the Republic of Kazakhstan – Elbasy, and the Korea Foundation, a non-profit public diplomacy organization established in 1991.

Energy-rich Kazakhstan is a staunch supporter of global nonproliferation efforts. It remains a member of the Nuclear Non-Proliferation Treaty, the Comprehensive Test Ban Treaty and the Central Asian Nuclear Weapon Free Zone, to promote nuclear disarmament, non-proliferation, as well as control, accounting and physical security of nuclear material.

Lee Sihyung, who heads the Korea Foundation, believes the lessons of Kazakhstan’s nuclear trade-off are particularly valuable for Korean crisis management, and the eventual disarmament of North Korea.

“As far as I know, there is only one country in the world that has abandoned nuclear weapons and staked on economic development, and this is Kazakhstan. South Korea is eager to learn from Kazakhstan’s experience in denuclearization and global security, and we hope that North Korea will also follow the example of the First President of Kazakhstan and give up its nuclear weapons,” Sihyung said earlier this month, according to reports by Kazakh TV.