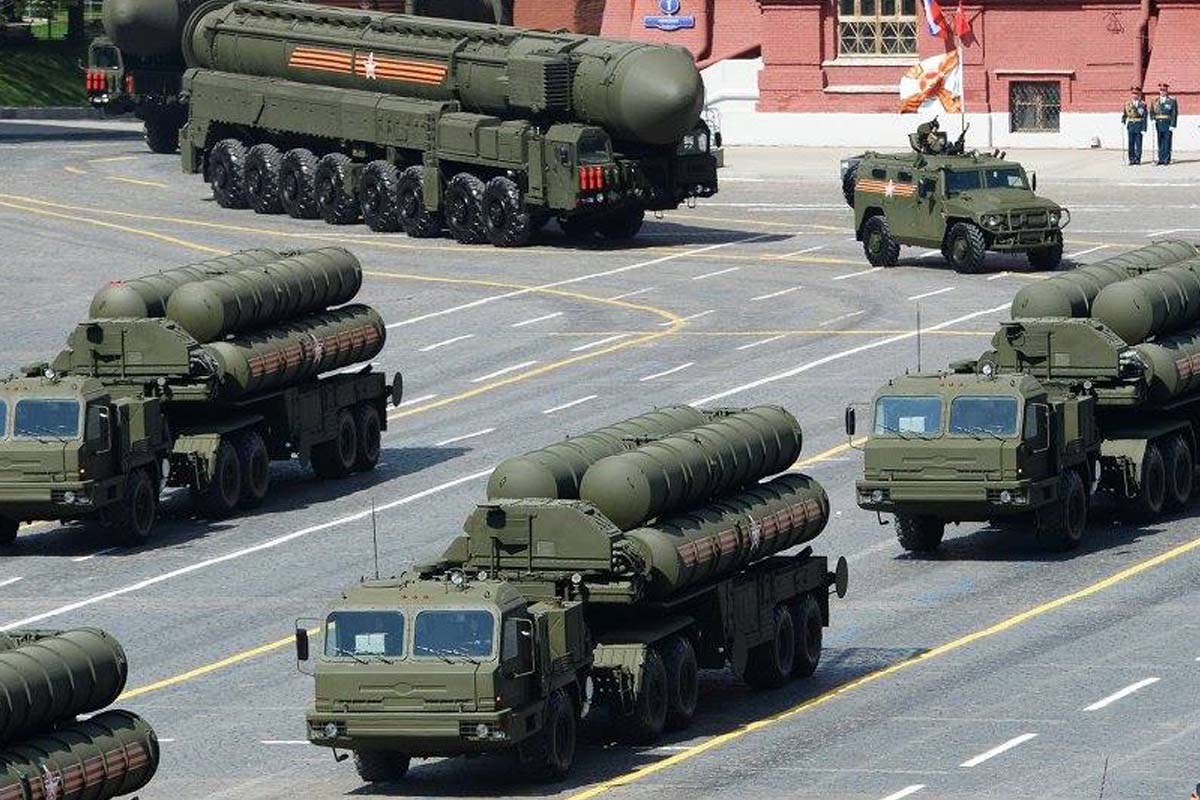 India is one of the Russian defense industry’s biggest customers.

Neither the deadly coronavirus pandemic nor the threats coming from the United States in the form of sanctions are likely to thwart Indian plans to purchase Russian-made S-400 Triumph air defense missile systems under the deal signed in 2018.

"The S-400 will be on schedule," Interfax quoted Varma as saying on August 24. "The coronavirus will not be affecting the delivery of the S-400."

India currently is the world's third worst-hit country by the Covid-19 pandemic after the United States and Brazil with more than 3.6 million confirmed cases, according to an interactive map from Johns Hopkins Center for Systems Science and Engineering. After the introduction of the nationwide lockdown in an attempt to curb the spread of the illness, India's economy, which had already been sputtering before the pandemic, suffered even more as most economic and commercial activities in the country were crippled.

Soon after India signed a $5.43 billion contract with Russia for the purchase of five S-400 systems, Washington, the second-largest defense exporter to India after Russia, threatened India with sanctions under the Countering America's Adversaries Through Sanctions Act (CAATSA) and offered American missile defense systems instead. In turn, Moscow and New Delhi found a way to skirt sanctions by making payments in their own currencies.

Adopted in 2017 by the Trump administration, the CAASTA’s terms imply that any country engaged in a "significant transaction" with the Russian defense and intelligence sectors could automatically come under American sanctions.

In her interview to local media at the Army 2020 expo, Maria Vorobyova, the official representative of the Federal Service for Military-Technical Cooperation of Russia, announced that Russia will not only deliver the first regimental set of the S-400 Triumph air defense system to India in 2021 but is also ready to consider accelerating the delivery of subsequent consignments.

"The schedule of fulfilling the contract has been discussed in detail with the Indian partners, and the delivery of the first regimental batch is expected by the end of 2021," Financial Express quoted Vorobyova as saying on Thursday. "Further acceleration of the delivery of the first batch from the system is technically impossible since there are objective, technology-related stages of production, acceptance and transfer of equipment."

India is one of the Russian defense industry’s biggest customers. The deal is considered as the biggest of its kind in the history of Russian-Indian cooperation and the largest to date for Russia’s state arms exporter Rosoboronexport, the subsidiary of Russia’s state-owned Rostec corporation.

Developed by Russia's Almaz Central Design Bureau, the S-400 is considered one of the world’s most advanced air defense systems. The S-400 was designed to destroy aircraft, cruise and ballistic missiles, and ground targets objectives. It can target unmanned aerial vehicles (UAV), as well as ballistic and cruise missiles within the range of 400 kilometers and at an altitude of up to 30 kilometers.

Although doing business with Russia comes with risks from the U.S., India's military procurement from Russia continues apace. In July, the Indian Defense Ministry approved the purchase of 21 MiG-29s and 12 Su-30 MKI aircraft, worth over $2.5 billion.