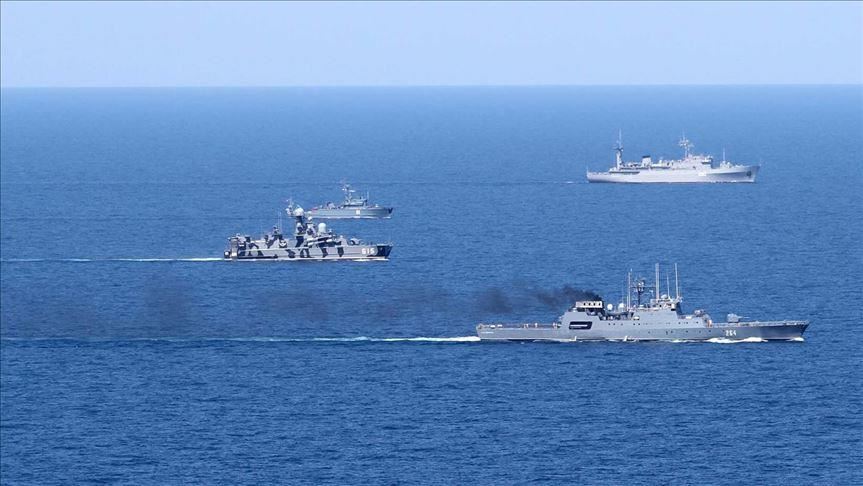 Iran, Russia, and China will hold joint naval drills in the Indian Ocean and Gulf of Oman over four-days starting on December 27, amidst heightened tensions in the region between Iran and the United States.

"The joint exercise is a normal military exchange arrangement of the three countries. It is in line with related international laws and practices, and has no connection with regional situation," Spokesperson for the Chinese Ministry of National Defense Wu Qian said in a press conference on December 26, according to Xinhua.

He added that the exercise is aimed at deepening exchanges and cooperation among the navies of the three countries, and demonstrating the goodwill and capability of the three sides to jointly safeguard world peace and maritime security. It will also serve for building a maritime community with a shared future.

On December 25, the spokesman for Iran’s armed forces, Brigadier General Abolfazl Shekarchi, said that “this drill will take place for supporting and increasing experience in the security of international trade in the region,” Iran's Young Journalists Club reported.

He added that the drills are of high significance as “the Indian Ocean and the Sea of Oman are among the world’s key trade routes and many countries commute in the [two] regions and therefore establishing security there is important and vital.”

The Chinese navy will send the Xining, a Type 052D guided-missile destroyer to the joint exercise, codenamed “Maritime Safety Belt”.

Russian Navy will participate in the drill with three vessels, including a Neustrashimy frigate class named “Yaroslav Mudry”, a tugboat named “Yevgeniy Khorov” and a tanker named “Yel'nya”.

The capability of the Chinese and Russian warships participating in the joint drills shows the strategic importance of the exercise to both countries. This joint naval drill can reportedly be considered as a demarche to the US-led coalition for maritime security in the Persian Gulf.

The Gulf of Oman is a particularly sensitive waterway as it connects to the Strait of Hormuz, which in turn connects to the Gulf and through which about one-fifth of the world’s oil passes.

The drills are being conducted at a time of tensions between the United States and Iran that has increased since May 2018 when the U.S. President Donald Trump pulled its country out of the 2015 Iran nuclear deal and re-imposed sanctions on the country, crippling its economy.

Washington has proposed a U.S.-led naval mission and the formation of the US-led International Maritime Security Project with some of its allies, including Saudi Arabia, after several attacks in May and June on international merchant vessels, including Saudi tankers in Gulf waters, and on Saudi oil facilities in September. The United States blamed Iran for these attacks which the Yemeni Houthi rebels claimed responsibility for some of them, but the Islamic Republic denied the allegations.

Meanwhile, Russia has its own initiative, the Collective Security in the Persian Gulf, backed by China and Iran. Moscow submitted its initiative to the United Nations in two identical letters addressed to the UN Security Council and the General Assembly on July 30, underlining the need for an “effective” measure to boost stability in the Persian Gulf.

Iran also has plans to pursue a “Hormuz Peace Endeavor” called HOPE. Referring to HOPE, the Iranian Supreme National Security Council Secretary Ali Shamkhani said in early December that the country‘s initiative for the Persian Gulf would not include any foreign powers and that it will be a coalition of regional states.

According to the data from the U.S. Energy Information Administration, an average of 14 tankers per day pass out of the Persian Gulf through the strait carrying 17 million barrels of crude oil which represents nearly 35 percent of the world's seaborne oil shipments and 20 percent of oil traded worldwide. More than 85 percent of these crude oil exports went to Asian markets, with China, India, Japan, and South Korea as the largest buyers.