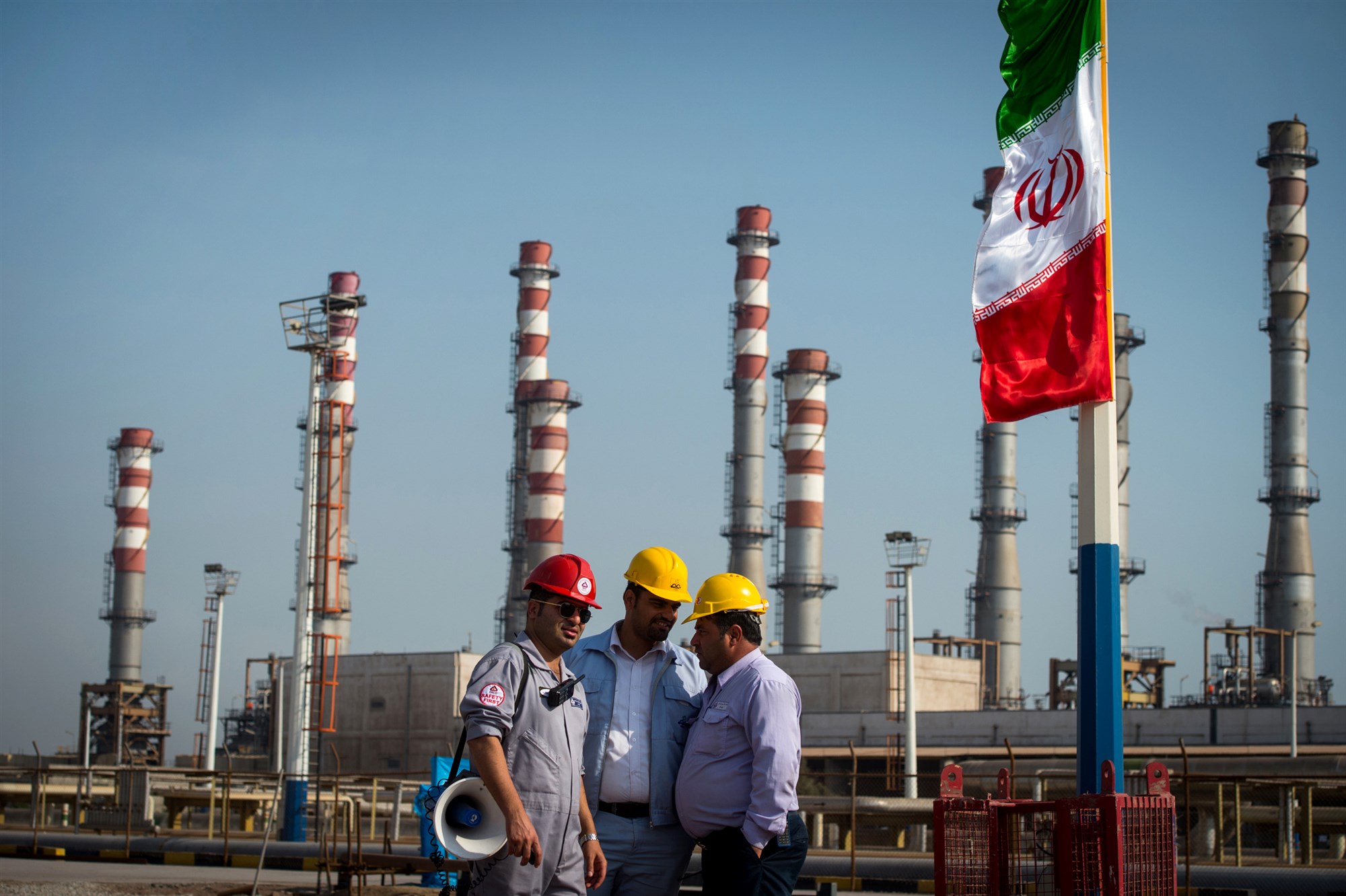 Employees at a facility at the Persian Gulf Star Co. gas refinery in Bandar Abbas, in the southern Iran, in January, 2019. / Ali Mohammadi / Bloomberg via Getty Images

Iranian and Chinese oil companies are continuing talks regarding the development of Iran’s South Pars gas field, despite economic pressure being put on both countries by the United States.

“The development of Kish Gas Field was one of the Pars Oil and Gas Company’s [POGC] top priorities currently, and the plan of the development of the field’s first phase is seriously being reviewed by the company,” CEO Mohammadi Meshkinfam said, according to Shana news agency. Meshkinfam added that talks are ongoing on with Chinese developers concerning South Pars Phase 11.

He added that a study is being conducted to determine the path of the pipeline that would transfer gas from the field. Once the study is complete, the extracted gas would then be transferred to South Pars refineries, or Fajr Jam Refinery, for processing. One billion cubic feet per day, or roughly 28 million cubic meters, are expected to be produced within the first phase of the project.

Iran has managed to expand other phases of South Pars, which is shared with Qatar, on its own, having already investing billions of dollars into the endeavor. Earlier this year, Iran’s gas production at the offshore field hit 610 million cubic meters (over 21.5 billion cubic feet) per day. Iran’s share of daily production at the field had exceeded that of Qatar.

China’s CNPC became the dominant investor in the plans for the expansion of South Pars, the world’s largest gas field, after France’s Total withdrew from the project in August 2018 under increasing pressure from the United States following U.S. President Trump’s withdrawal of the United States from the Joint Comprehensive Plan of Action, better known as the nuclear deal.

In 2017, Total signed a contract to develop phase 11 of the South Pars natural gas field with an initial investment of $1 billion, having a 50.1 percent stake in the field.

U.S. sanctions on the Iranian oil trade has dramatically reduced Iranian crude exports, but it has not stopped some of the U.S.’ largest economic rivals from accepting shipments of Iranian crude.

China has continued to import Iranian crude, and at least 12 Iranian tankers have loaded and delivered oil across Asia and the Mediterranean since May 2, according to data from several tanker tracking services and reported on by The New York Times.

Meanwhile, on July 22, the U.S. Treasury Department sanctioned Zhuhai Zhenrong, a state-backed Chinese oil trader, for buying oil from Iran. The decision was intended to send a message to other Chinese firms and anyone else buying Iranian oil who also hoped to do business with the U.S.

In recent months, the Bank of Kunlun, a subsidiary of China National Petroleum Corporation, has employed a fleet of tankers in an apparent bid to move oil from Iran to China, according to Bloomberg. The Bank of Kunlun has conducted transactions only using Chinese yuan, according to the Vice Chairman of Iran Chamber of Commerce, Industries, Mines and Agriculture Pedram Soltani.

China’s Bank of Kunlun is the only Chinese bank that cooperates with Iran. In mid-April, the director of the bank had announced that the bank will continue cooperation with non-sanctioned Iranian banks for transactions, as well as payments related to non-sanctioned goods.

A global research report by Bank of America Merrill Lynch warned that the price of oil could slip sharply if China buys Iranian oil.

“While we retain our $60 a barrel Brent forecast for next year, we admit that a Chinese decision to reinitiate Iran crude purchases could send oil prices into a tailspin,” read the report according to CNN, warning that prices could sink by as much as $20-30 a barrel.

The volume of trade between Tehran and Beijing amounted to nearly $33 billion in 2017, slightly increasing to $35 billion in 2018. Nevertheless, in the first half of 2019 China's exports to Iran dropped by 46 percent, while its imports from Iran dropped 28 percent.