China Expands Its Presence With Renewable Projects In Azerbaijan 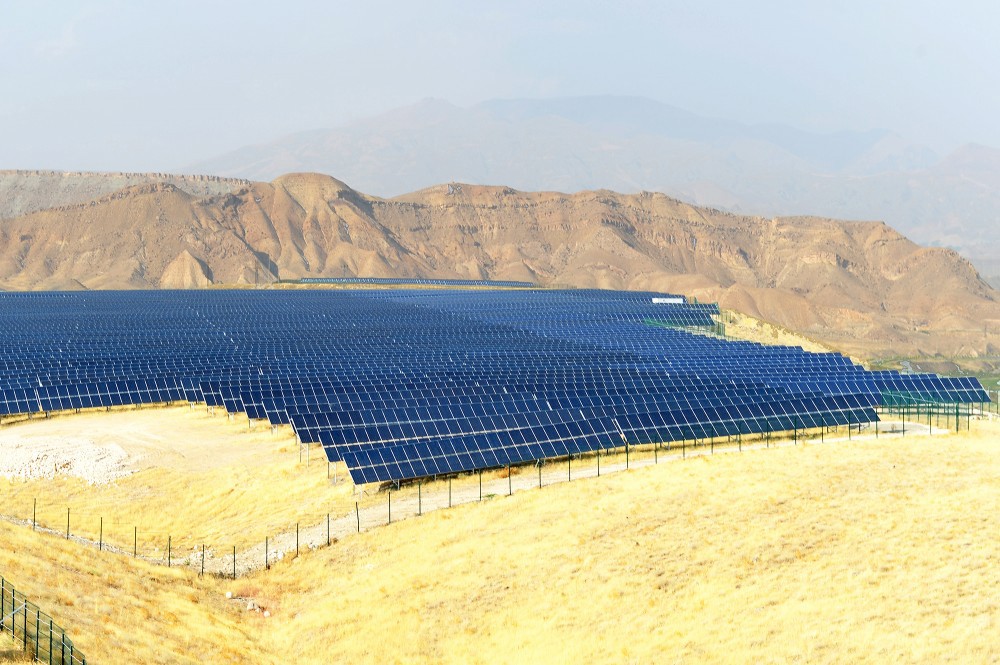 Nakhchivan Autonomous Republic, an exclave of Azerbaijan surrounded by Armenia, Iran and Turkey, is getting a renewable energy infrastructure development thanks to China.

The State Energy Service of Nakhchivan and the Ministry of Commerce of China signed an agreement in Baku earlier this week calling for over 800 mobile energy stations to be exported to Nakhchivan within the next four months.

Nakhchivan has no direct road and railway connection with mainland Azerbaijan, which lies to the east. Nakhchivan became an exclave separated from the Azerbaijani mainland after the Soviet army took over the South Caucasus region in 1920 and as a result, some of Azerbaijan's territories, including its historic region of Zangezur, was given to the newly-created Armenian state upon the decision of the Soviet rulers.

The isolation of Nakhchivan worsened in the early 1990s when Armenia launched an all-out war against Azerbaijan to seize the Nagorno-Karabakh region, which is an internationally recognized part of Azerbaijan. The full-scale war lasted from 1991 until a ceasefire deal in 1994, and as a result, Armenia occupied 20 percent of Azerbaijan’s internationally recognized territory – the Nagorno-Karabakh region and seven surrounding districts. The bloody war claimed the lives of over 30,000 Azerbaijanis and expelled one million more from their homeland.

Armenia's continuing occupation of Azerbaijan's Nagorno-Karabakh region and seven surrounding districts, all of which are the closest Azerbaijani regions to Nakhchivan, worsened connection between the Azerbaijani mainland and Nakhchivan, making the exclave totally out of reach for Baku as Armenia also halted all kind of transport connections, including car and railway, to and from Nakhchivan.

The situation has led to economic hardship and energy shortages for the 400,000 inhabitants residing within the exclave. Nakhchivan’s power grid is still connected, however, to the power networks in neighboring Turkey and Iran, making the region's energy security dependent on these countries.

Renewable resources may help unleash the exclave’s potential to provide energy security. The most cost-effective options for renewables are said to be wind power, solar energy, hydropower and biomass. Currently, renewable energy resources, including hydropower, generate about 65 percent of the overall electricity demand in the region.

Chinese entry in the region may be new, but foreign firms investing in it is not. The Belgian company Soltech launched a large 20 megawatt (MW) solar power plant in Nakhchivan in 2015, considered the largest photovoltaic power station in Azerbaijan. The complex includes over 78,000 glass solar panels and 11 electric power substations, allowing the facility to generate more than 30 million kilowatt-hours of electricity per year.

A two MW solar power facility was opened in 2017, and a third, also a two MW photovoltaic station, was launched in February by the Swiss company Pure Energy Development.

The European Bank for Reconstruction and Development included in its report titled “Support for the Implementation of Renewable Energy Auctions in Azerbaijan” in March that Azerbaijan’s total potential capacity of solar power in Baku, the central Kur-Araz lowland, Absheron Peninsula, and the Nakhchivan Autonomous Republic is estimated at 8,000 MW.