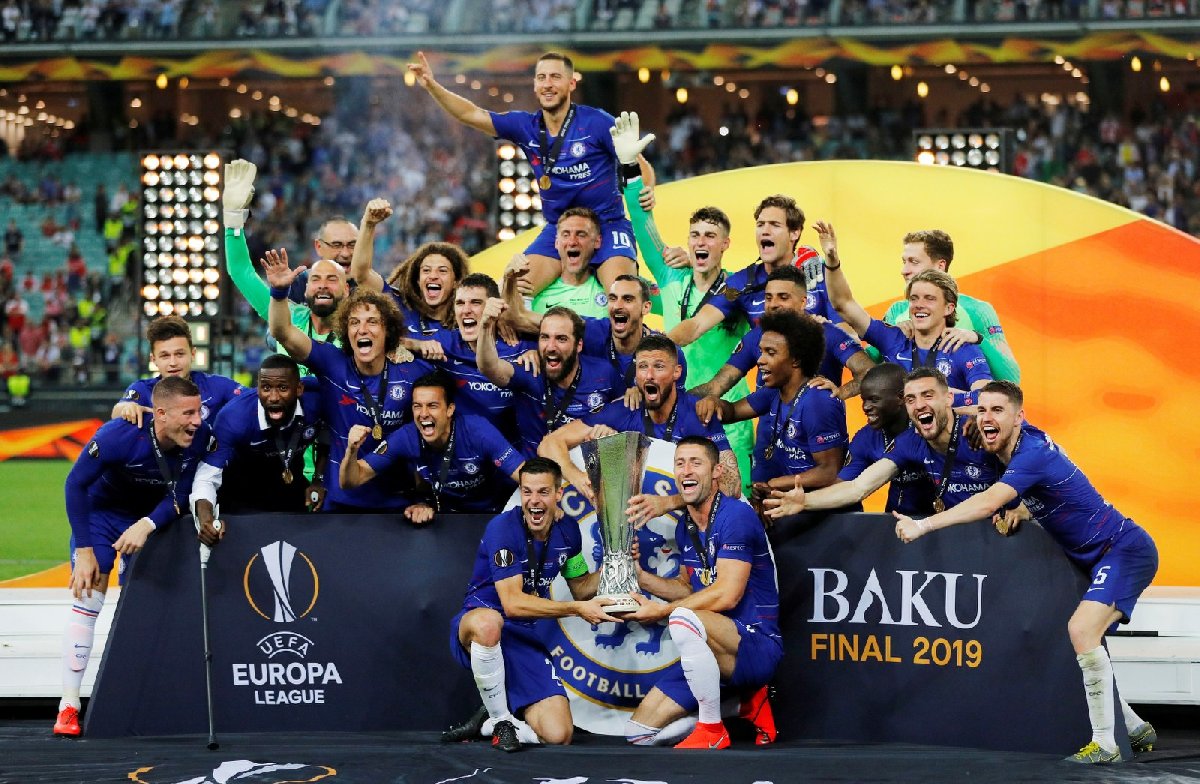 Chelsea players celebrate the victory in the Olympic Stadium in Baku, Azerbaijan, May 29, 2019 / Sozcu.Com.Tr

The match between two football (soccer) teams from London ended up with Chelsea beating Arsenal 4-1 to win the 2018-19 UEFA Europa League trophy on Wednesday in Baku, Azerbaijan.

The first goal was not scored until the 49th minute of the game, when Chelsea’s French striker Olivier Giroud, who played for Arsenal for over six years and switched teams in 2018, found the back of the net in a near-post header. By the 60th minute, the score was 2-0 in Chelsea’s favor, thanks to Pedro Rodriguez scoring the second goal.

Although Arsenal’s Nigerian midfielder Alex Iwobi scored in the 69th minute to keep hopes alive for his team, Chelsea’s most valuable player this season, Eden Hazard, dashed hopes of a win when he scored two consecutive goals in 65th and 72nd minutes.

“When you play a final, at the end of the game you just want to win,” Chelsea’s Eden Hazard told a UEFA correspondent in a post-match interview. “You just want to win the trophy with your teammates and we did it well, to be fair, today.”

“I think when you look at the game, we deserved to win after the 90 minutes. We were better than Arsenal. So yeah, the feeling is great for us, for the boys in the dressing room, for the fans, the staff as well. So yeah, a good night for Chelsea.”

“Firstly, congratulations to Chelsea. In the first half, we worked hard and made some chances to score. The match was going well. The first goal changed all, and the second goal made it difficult for us. We could not find the capacity to score,” Emery said.

Hazard, who is expected to leave Chelsea this summer, was awarded the “Man of the Match” for his perfect performance against Arsenal.

"I think it's a goodbye but," the 28-year-old Belgian player told BT Sport after Wednesday's match, hinting at the reality of rumors about his departure.

The final in Baku was remarkable for Chelsea because it marked the team’s fifth major European trophy. The game was historic in that Chelsea was the first English football team claiming a European title without a loss in any game out of 15 matches played until the final. The victory in Baku was also the first career trophy for Chelsea’s Italian manager Maurizio Sarri, during what was his first season managing the team.

The game was the third most-attended final match in the history of the UEFA Europa League, gathering 51,370 fans in Baku’s Olympic Stadium.