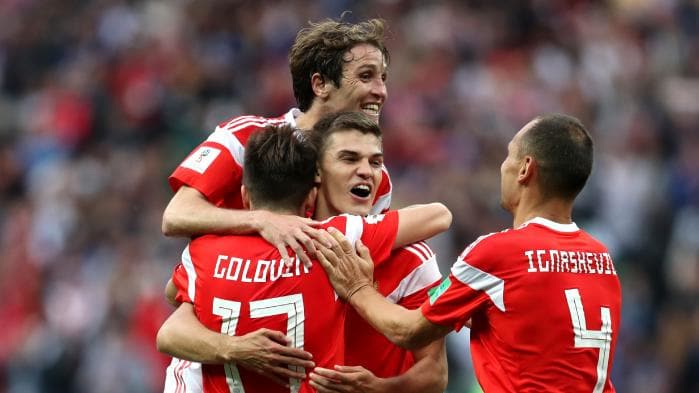 With just one week into the quadrennial football (soccer) tournament known as the FIFA World Cup, national teams from the Caspian region have scored some wins.

As the home team, Russia opened the tournament with a crushing victory over Saudi Arabia, scoring five goals, on June 14. Russia’s team defied expectations going into the matched, as one of the lowest-ranked teams in this year’s World Cup.

“We have proved that we want to be a worthy host. The guys realized what we were talking about!”, said the team’s manager, Stanislav Cherchesov.

Playing in front of 78,000 fans, Russian midfielder Yuri Gazinsky scored the first goal in the twelfth minute of the game, followed by a strike by Denis Cheryshev, who was also responsible for scoring the fourth goal later in the game.

During the second half of the match, Artem Dzyuba scored the third goal, just 89 seconds after coming off the bench. Alexander Golovin capped off the match when he scored the final goal with a magnificent free-kick in the final seconds. 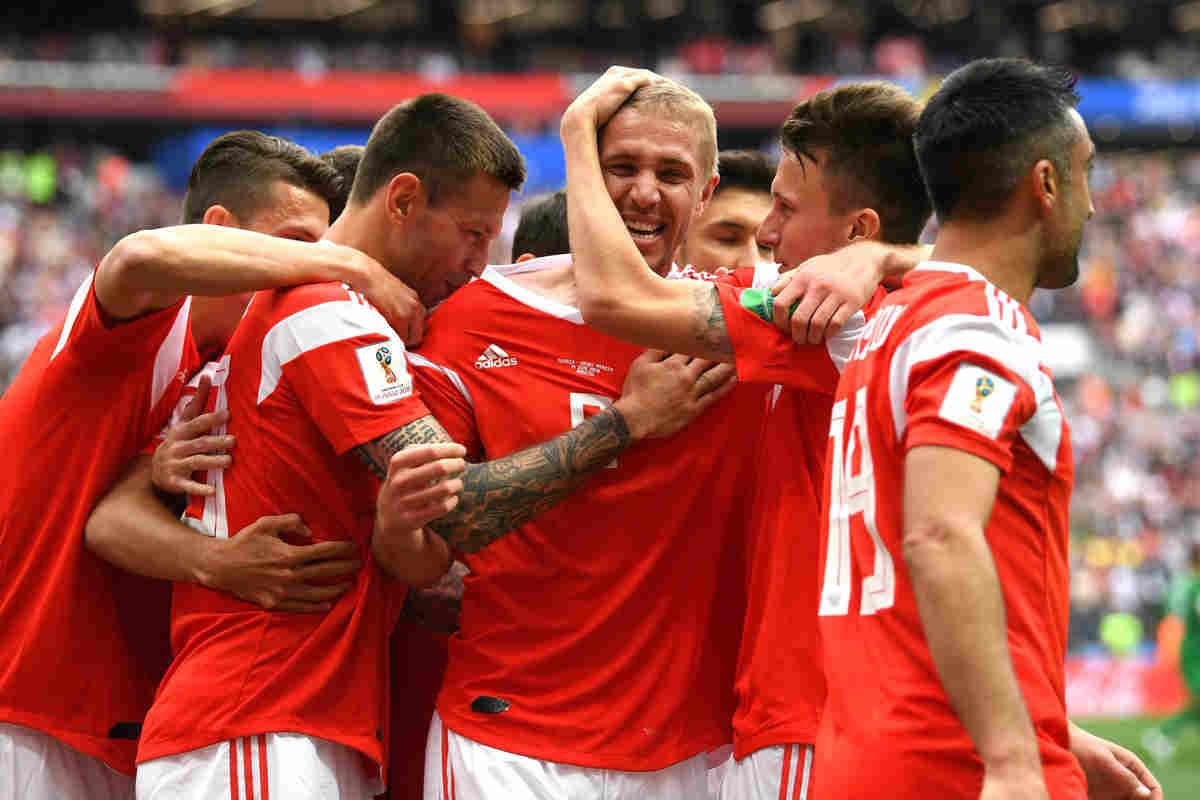 Russia opened the tournament with a crushing victory over Saudi Arabia, scoring five goals, on June 14.

"I did not even dream about it. I was very glad to go on the field, I tried to fulfill the requirements of the coach,” said Denis Cheryshev.

The match is the second-biggest victory in an opening World Cup match, trailing behind a 1934 match when Italy beat the U.S. 7-1.

Russia followed their opening win with a game against Egypt on Tuesday, which ended in 3-1 and in Russia’s favor. With the Group stage matches behind them, Russia will move on to the Knockout phase of the World Cup, which does not begin until June 30. After Saudi Arabia failed to beat Uruguay in a match played at Rostov Arena on Wednesday, Russia qualified to move to the playoffs.

Meanwhile, Iran’s team played against Morocco on June 15, which ended in an embarrassing upset for the North African team. In the Saint Petersburg Stadium Morocco’s forward, Aziz Bouhaddouz, secured a win for Iran when he pushed the ball into Morocco’s net. 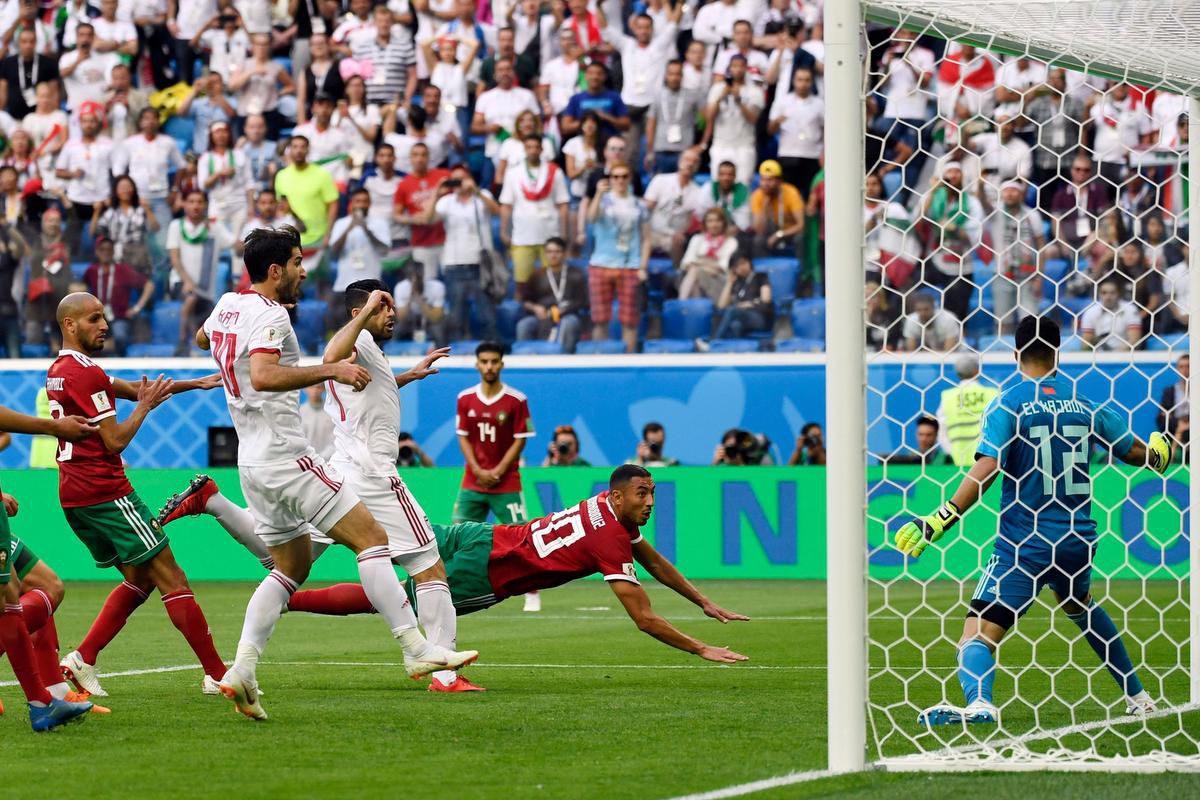 In the Saint Petersburg Stadium Morocco’s forward, Aziz Bouhaddouz, secured a win for Iran when he pushed the ball into Morocco’s net.

On Wednesday, Spain crushed Iran when its striker Diego Costa – who had scored twice for Spain during its 3-3 draw against Portugal in an earlier match – scored a decisive goal in the second half of the game. Ten minutes later the Iranian team though it had an equalizer, when Saeid Ezatolahi scored a goal, but it was subsequently ruled offside by the referee’s assistant. 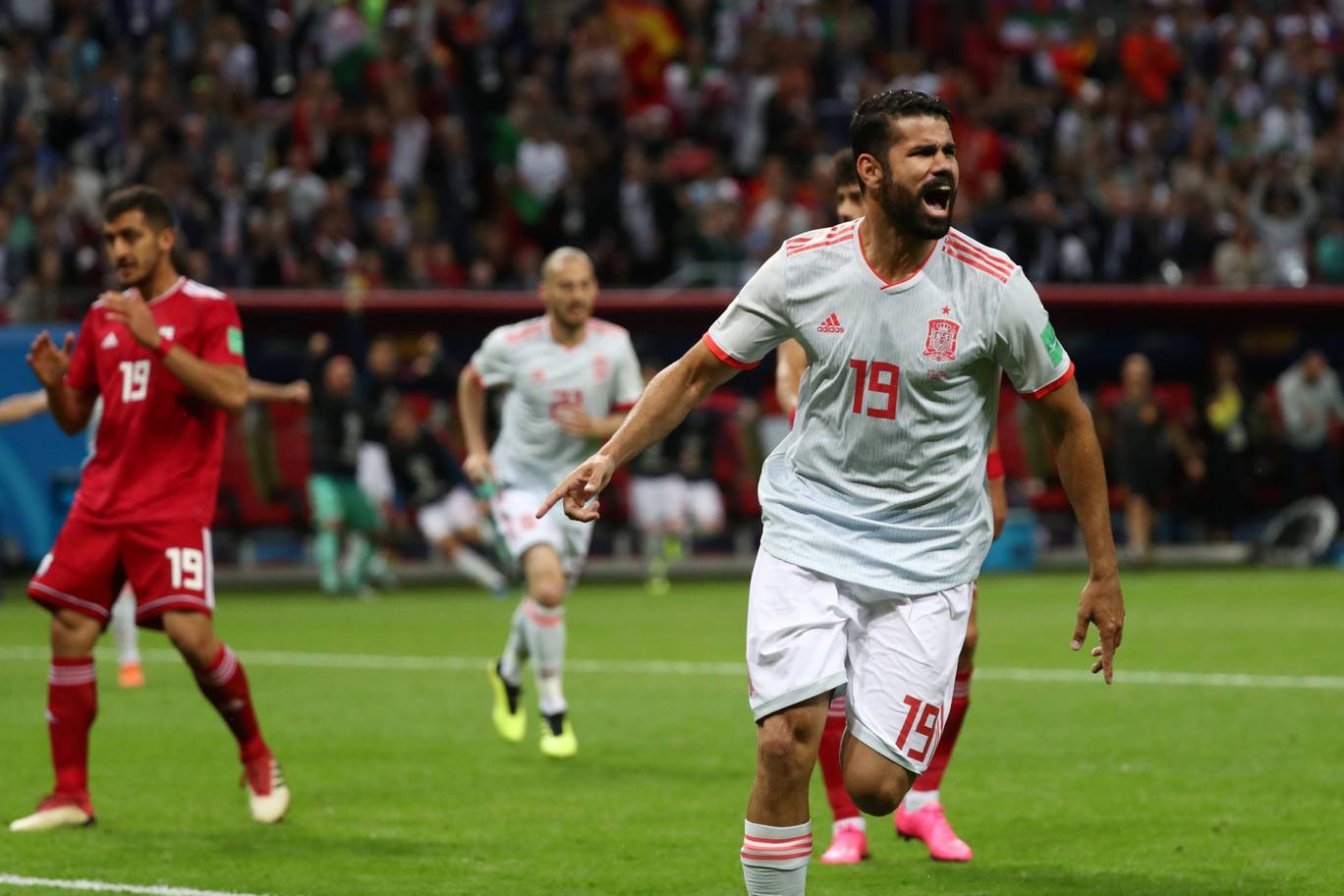 Spain will square off against Morocco in Kaliningrad Stadium in Russia’s exclave of the same name, on Monday. Portugal will play against Iran on the same day, but at Mordovia Arena in Saransk, southeast of Moscow. Football watchers are predicting that Spain and Portugal will win their respective games.