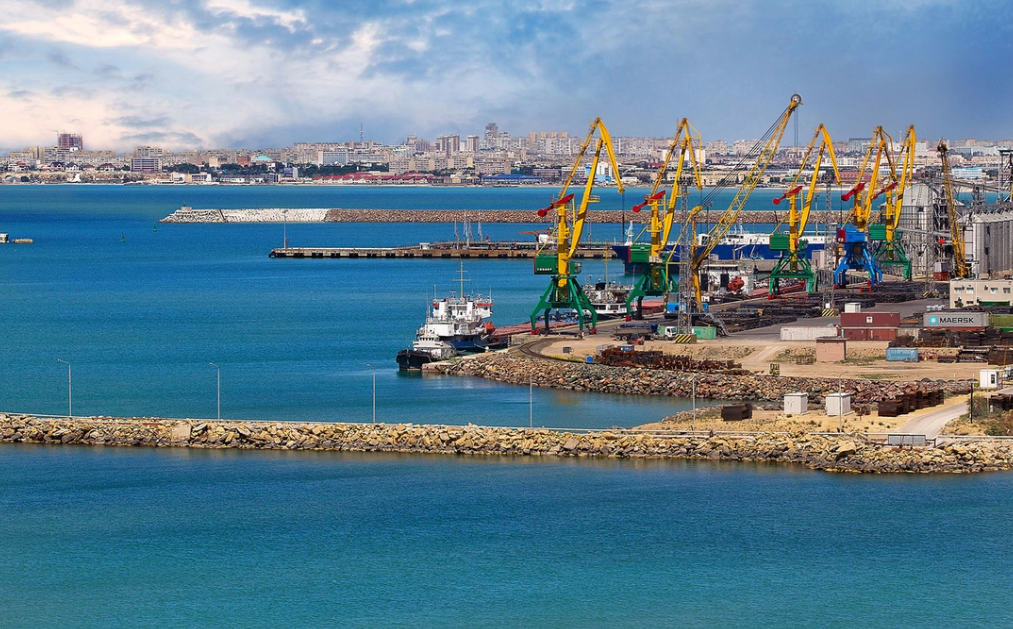 Once the document is signed, Kazakhstani seaports located at the eastern shore of the Caspian Sea will be used to serve Ro-Ro vessels, transporting wheeled cargo such as cars, trucks, trailers and railroad cars along the 4,766 kilometer-long TITR.

The governments of Kazakhstan and Turkey are developing an agreement that will integrate the Kazakhstani seaports of Kuryk and Aktau into what is called “roll-on, roll-off,” or “Ro-Ro” for short, to ship cargo via train carriages along the Trans-Caspian International Transport Route (TITR).

Last Friday, representatives from the two Turkic-speaking nations – namely Serik Bashimov from Kazakhstan’s Investment and Development Ministry, and Sinan Kuşçu from the Turkish Ministry of Transport, Maritime Affairs and Communications – met in Istanbul to refine the agreement.

“During the meeting, the parties agreed to sign this agreement as soon as possible,” read a statement published on the official website of the Kazakhstani ministry on May 11.

Once the document is signed, Kazakhstani seaports located at the eastern shore of the Caspian Sea will be used to serve Ro-Ro vessels, transporting wheeled cargo such as cars, trucks, trailers and railroad cars along the 4,766 kilometer-long TITR.

The route was designed to link China and Europe through Kazakhstan, the Caspian Sea, Azerbaijan, Georgia and Turkey and is supposed to shorten the length of time it takes to transport cargo from China to Ukraine’s Chornomorsk city seaport to 14-15 days. Currently cargo trains running from China require between 15 and 19 days to reach Europe via Russia, while transportation via full maritime routes takes over one month to reach Europe.

In 2013, Kazakhstan, Azerbaijan and Georgia signed an agreement to establish a coordination committee for establishing the route, and three years later they launched an international association dubbed “Trans-Caspian International Transport Route.” In 2018, Ukraine and Turkey joined the association.

Officials in Astana believe that Turkey’s participation in the project will double the current amount of two million tons of freight transported via the route.

“A large portion of the 4 million tons of freight to be transported via the Trans-Caspian corridor will consist of Kazakhstan’s wheat products,” said Kanat Alpysbaev, who chairs TITR association. “From Turkey, textile products and construction materials will be transported.”

While the Trans-Caspian Route was officially launched late 2017, the first container train from China running on the route arrived at the Baku International Sea Trade Port in August 2015.

Meanwhile, the port, which is located at the western shore of the Caspian See, is also able to serve Ro-Ro ships since the launch of the terminal earlier this year. Located in the Alat trade and industrial area, the terminal can receive up to 60,000 cargo trucks and 1.8 million tons of freight annually. All cargo arriving in the capital of Azerbaijan is sent to Turkey via Georgia along the 846 kilometer railway, known as Baku-Tbilisi-Kars.

Like neighboring Azerbaijan, Kazakhstan is aiming to increase trade via a water route that will move freight coming into Kazakhstan from places like China, across what is the world’s largest lake, and move it westward to Europe via Baku. Both countries are benefiting from the advantageous geographical location, which allows them to act as a pivotal overland transit centers separately in their regions.

Being Kazakhstan’s eastern neighbor, China sees Central Asia’s largest country as a gateway to western markets. Beijing has already incorporated Astana into its Belt and Road Initiative, which seeks to revive the legendary Silk Road albeit via modern means and technologies. Kazakhstan joined OBOR in 2015, after the countries agreed to link Kazakhstan’s railways to the project.

The need to diversify the hydrocarbon-dependent economy of Kazakhstan was realized in 2014 after the subsequent plunge in oil prices. Kazakhstan has already benefited from joining large transport projects since $3 billion dropped into the country’s budget in 2016.