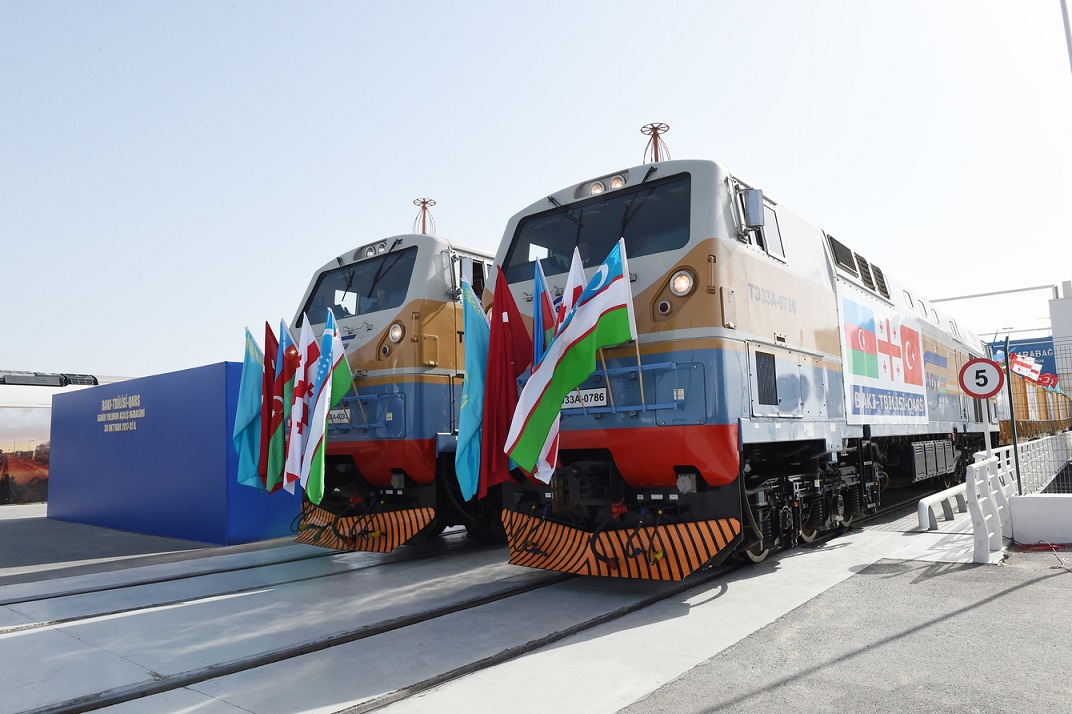 The Baku-Tbilisi-Kars (BTK) railway injected new blood into Russia’s iron and steel industries, delivering materials to Turkey twice as fast as has been done previously via other routes.

Cars loaded with iron and steel departed Russia’s southwestern Magnitogorsk-Gruzovo cargo station on July 7, and reached the Payas railway station in the south of Turkey on July 24, according to the Azerbaijan Railways Company. Within 17 days, the freight cars trekked 5,000 kilometers, passing through Russia, Azerbaijan, and Georgia along the BTK route, and entered Turkey at Kars, before moving westward to Payas.

BTK has replaced what was a longer and more costly railway-to-maritime route, with a safer, shorter and more profitable overland ride for supplying metal from Magnitogorsk – considered one of the world’s largest black metal centers. Previously the cargo had to travel from Magnitogorsk to the Black Sea coastal port of Novorossiysk in Russia, where cargo ships were loaded and headed to Iskenderun, in Turkey, on the Mediterranean coast. The 6,000 kilometer ride took 30 days to reach their final destination.

Russia’s Magnitogorsk Metallurgical Plant supplies around 60,000 tons of iron and steel products to Turkey per month, and BTK will play a critical role in the foreseeable future.

The 846 km route opened in October and began creating more favorable conditions for trade within the region and greater Eurasia. Goods coming in from the Far East reach Europe within 15 days, significantly reducing the standard travel time of 25-30 days – twice as fast as routes by sea and half the price of air cargo. About one million persons and 6.5 million tons of freight are expected to move along the line per year, eventually gaining steam and increasing to three million passengers and over 17 million tons of cargo per year.

Economics and political analyst Mahir Humbatov at Center for Strategic Studies in Baku says BTK has a great potential to create an all-new trade and transportation corridor platform from the Black Sea to the Caspian Sea, involving the countries located within the neighborhood.

“The BTK makes the three nations [Azerbaijan, Georgia, and Turkey] get even closer in terms of values, traditions, cultures and so on, which may result in transformation of a giant platform from the Black Sea to Caspian Sea to be shown as an example to other neighbouring countries,” Humbatov told Caspian news.

“For Azerbaijan, the BTK provides an alternative for transporting locally produced goods to Europe in addition to the present connections through Russia. For Georgia, the BTK provides the country with an important railway link to Europe. For Turkey, the BTK strengthens the country’s position within the Asia-Europe transportation corridors. It will connect Turkey to Russia through Tbilisi.”