By Vusala Abbasova and Nazrin Gadimova and Orkhan Jalilov March 20, 2018 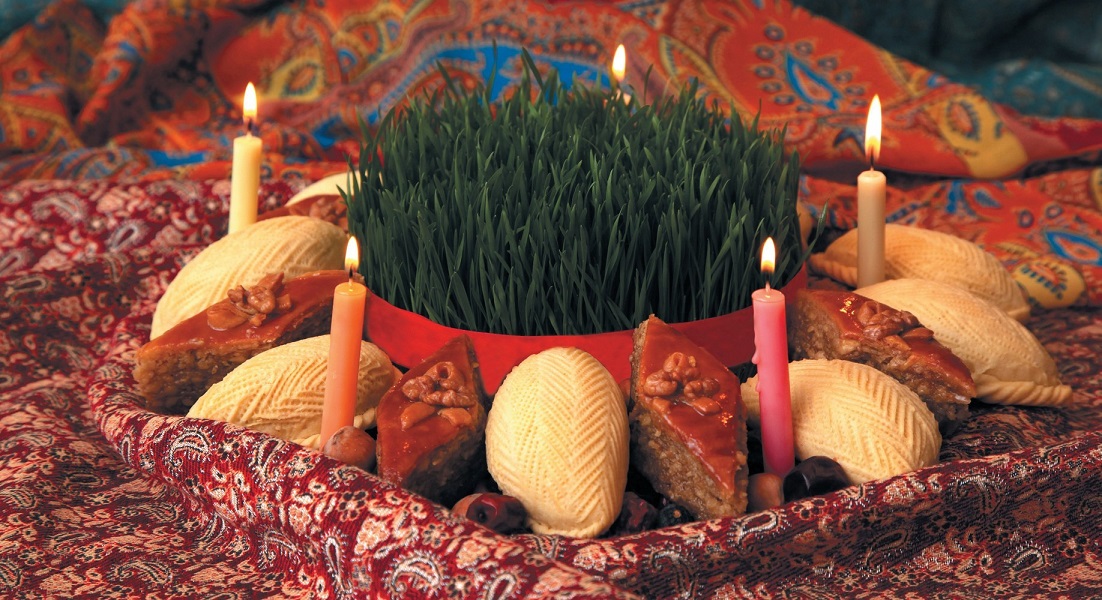 Novruz is celebrated in Azerbaijan, Iran, Kazakhstan, Turkmenistan and other Central and Western Asian countries

Novruz Bayram, the most anticipated holiday that marks the start of spring, is about to start in the Caspian region.

Novruz, which means “new day,” is celebrated on March 21, the date of the vernal equinox. The date is considered the end of winter according to the astronomical solar calendar.

The holiday with more than 3,000 year old roots is celebrated in Azerbaijan, Iran, Kazakhstan, Turkmenistan and other Central and Western Asian countries.

The day is considered significant for its sense of history, cultural identity, as well as moral standards: At Novruz Bayram families gather, reconcile if they had a falling out during the year; relatives and neighbors visit one another and exchange gifts, bake pastries and sweets, play special games and wish each other good fortune.

Although the date of the vernal equinox falls on March 21 this year, Novruz is typically celebrated on four Charshanba (Tuesdays) on the eve of Novruz. Each Charshanba symbolizes the rebirth of one of the four forces of nature: water, fire, wind and earth. An ancient tradition that is still practiced today involves welcoming each Charshanba with bonfires and jumping over them, to purify oneself from negative energy.

Novruz has gone through hard times in the Caucasus and Central Asia, having been banned shortly after Soviet rule was established there. The holiday was not officially celebrated, at least not openly, until the collapse of the Soviet Union.

While Novruz has commonalities regardless of where it is celebrated, specific traditions vary from of ethnicity and country to the next.

In Azerbaijan, people also buy new clothes, and buy plenty of sugary foods. As a tradition, children place their hats on a neighbor’s doorstep before hiding, in the hopes of being given some sweets in exchange for a child’s prank. Some people even plant a tree, in hopes that a strong, healthy tree will be telling of living a prosperous life.

Samani, green shoots from wheat seeds, is a traditional Novruz symbol that represents the revival of nature and an essential decoration in a Samani khonchasi, a tray filled with various kinds of nuts, dried fruits, candles and colored eggs placed around the samani. Each family member has to light a candle and make a wish for the year.

In Iran, Nowruz is the first day of the first month, known as Farvardin, in the Iranian calendar.

One of the major rituals of Nowruz is Haft-Seen, or decorating a special table with seven symbolic items that represent the new season, which begin with the Persian letter sin (pronounced “seen”), or “s.”

The 13th day of the Iranian new year is called Sizdah Bedar and is spent mostly outdoors. People will leave their homes to go to the parks or out into the countryside for a picnic.

Theatrical performances, charity events, concerts, competitions and culinary fairs are all part of the holiday, called Nauryz Meyrami in Kazakhstan. Traditions may come and go – but spending time with family remains at the heart of all who celebrate the occasion.

“As the years go passing by, Nauryz Meyrami becomes more and more valuable for me, because due to the bustle of today’s everyday life, I have not enough time to spend it with relatives, while the holiday is an extra reason to visit relatives,” Zaure, a resident of Astana told Caspian News.

Pilaf, baursaks – rounded or diamond-shaped fried dough – and Nauryz kozhe, or a special soup, are all part of the Kazakhstani dinner table at family gatherings.

“We are used to going to our grandmother’s home, as she always cooks Nauryz kozhe for our big family,” Zaure said. “This is a kind of festive soup that must be made with at least seven ingredients. Since childhood, we have been told that the more you eat this soup, the more intense and interesting will be the coming year, and all our dreams will come true,” she added.

While some traditions have changed, one that has stayed the same is the building of a bonfire, which symbolizes purification and the awakening of a new life.

For Turkmenistanis, who traditionally welcome the National Spring Festival as a nationwide celebration, this holiday has turned into a time that brings people closer together. It is traditional to celebrate Novruz collectively as a village, and give gifts to one other.

Turkmens, who take great pride in their horse breed known as Akhal-Teke, or “golden horses,” decorate the animals with expensive harness and cover their elegant torsos with embroidered blankets as they are paraded into competitions. 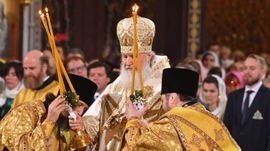 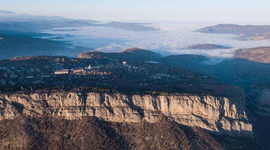 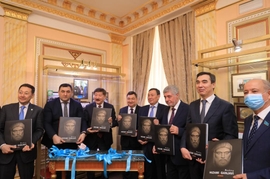 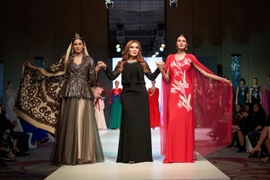