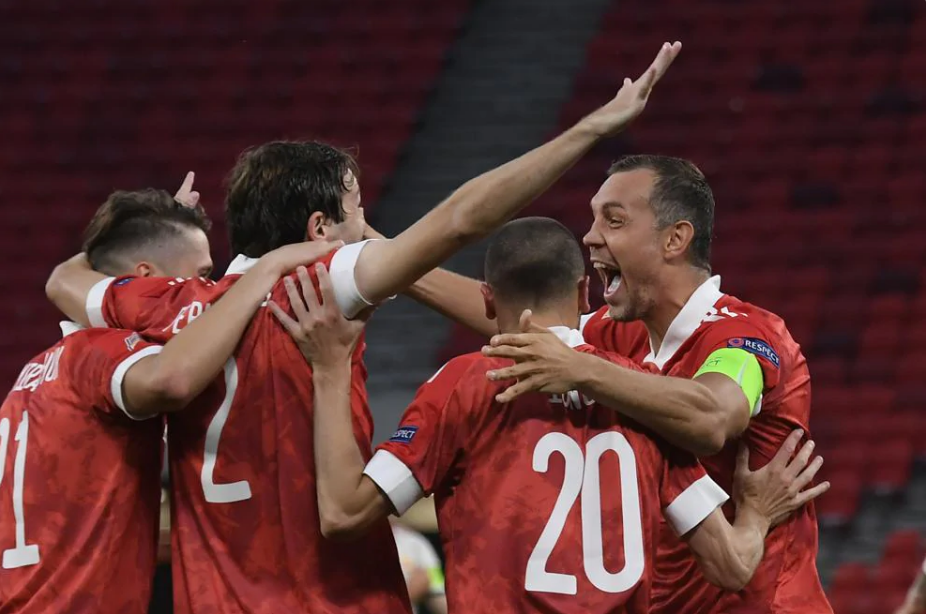 The national team of Russia clinched well-earned three points against their Serbian and Hungarian rivals in two consecutive games respectively on September 3 and 6. The match with the Serbian team at home turf VTB Arena in Moscow ended 3-1 clinching the first win. The second victory saw 3-2 on the scoreboard against Hungary at the Puskas Arena in Budapest.

"Two games, two wins – that's the main thing and besides, we've now got food for thought before the next games," Russia coach Stanislav Cherchesov said following the match with Hungary.

With two consecutive wins, Russia climbed to the top of Group 3 in League B. Hungary, Turkey, and Serbia came in at numbers 2, 3, and 4 respectively in the same group. The team of Russia will take the pitch against the Turkish national team in the third group stage game on October 11.

After being promoted from League D to League C in the 2020-2021 season of the Nations League, Kazakhstan's national team kicked off this year's campaign with an away win against Latvia on September 4. The impressive 2-0 win put the Kazakh team in second place of Group 4, where it rivals the teams of Belarus and Albania in addition to Latvia. On September 7, the Ortalyk Stadion football arena in the largest Almaty city of Kazakhstan staged the second group stage match between Kazakhstan and Belarus. The game saw Kazakhstan's national team losing the game 1-2.

The national team of Azerbaijan could not repeat the success of its Caspian region neighbors. The home game at the Baku Olympic Stadium against the Luxembourgian rivals on September 5 ended up 1-2. Despite being named as the game's favorite before the start whistle, Azerbaijan missed the advantage with a red card, an own goal, and a conceded penalty goal. Before the next game with Cyprus in Nicosia on September 8, the national men's football team of Azerbaijan is in third place of Group 1 in League C.

The Nations League is an all-new national team-level competition of the Union of European Football Associations (UEFA) to replace regular friendlies with intriguing tournament matches. Fifty-five European teams compete across four Leagues - A, B, C, and D in the Nations League. Leagues A, B, and C comprise 4 groups of 4 teams, while League D includes 2 groups of 3 and 4 teams respectively. The four group winners of the top-ranked League A book tickets for the finals in June 2021. The remaining sides are promoted or relegated based on their group game results.