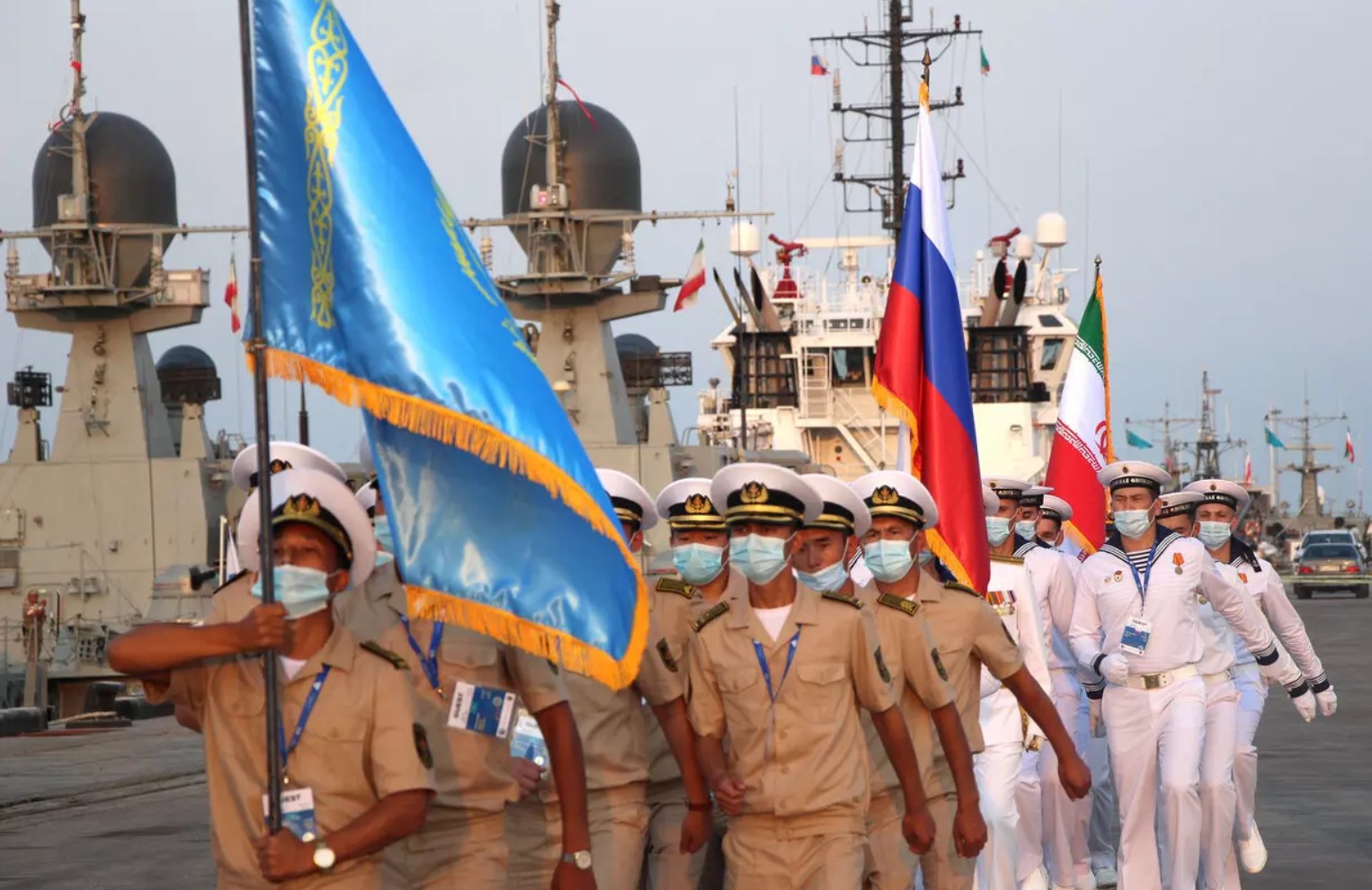 The sixth round of the “Sea Cup” military competition in Iran brought together 400 servicemen from Russia, Kazakhstan, Azerbaijan, and Iran. / MEHR News Agency

The sixth round of the international military competition codenamed “Sea Cup” has kicked off in Iran’s Anzali port in the southern part of the Caspian Sea, with about 400 servicemen from Russia, Azerbaijan, Kazakhstan, and Iran among participants.

The military contest was opened with a parade featuring participating countries on Tuesday evening. The event was attended by the deputy commander of the Iranian Navy, the commander of the Northern Fleet and the Fourth Marine Region of “Imam Reza” Anzali, the director-general of the Ports and Maritime Administration of the northeastern Iranian province of Gilan, and other officials.

The executive stage of the competition began in Anzali on August 25, with various combat exercises and naval training.

“This event, which is aimed at increasing the skills of navy forces, consists of 6 stages, including surface shooting, aerial shooting, minefield shooting and buoyant control in the sea, and 2 stages of survival at sea and control of injuries on the seaside,” Iran’s IRNA news agency reported.

The “Joshan” and “Peykan” missile launcher vessels from Iran, the “Mangistau” and “Saryarka” vessels of Kazakhstan, the “Makhachkala” and “Astrakhan” warships, and the 738 SB ceremonial tug belonging to the Russian Caspian Fleet will be involved in the “Sea Cup” military drills.

Azerbaijan will be represented by 66 seamen on G-122 and G-124 patrol ships, according to the country’s defense ministry.

The “Sea Cup” international military competition is being held as part of the International Army Games-2021 and will last 13 days. Iran’s Anzali Port hosts buoyancy competitions, while the country’s southeastern port of Chabahar hosts diving competitions.

Earlier, Iranian Navy Commander Rear-Admiral Hossein Khanzadi said that hosting such international competitions shows the authority of Iran. He further added that “these competitions are a special opportunity to provide individual and group military capabilities as well as to achieve a higher level of capabilities in specialized areas.”