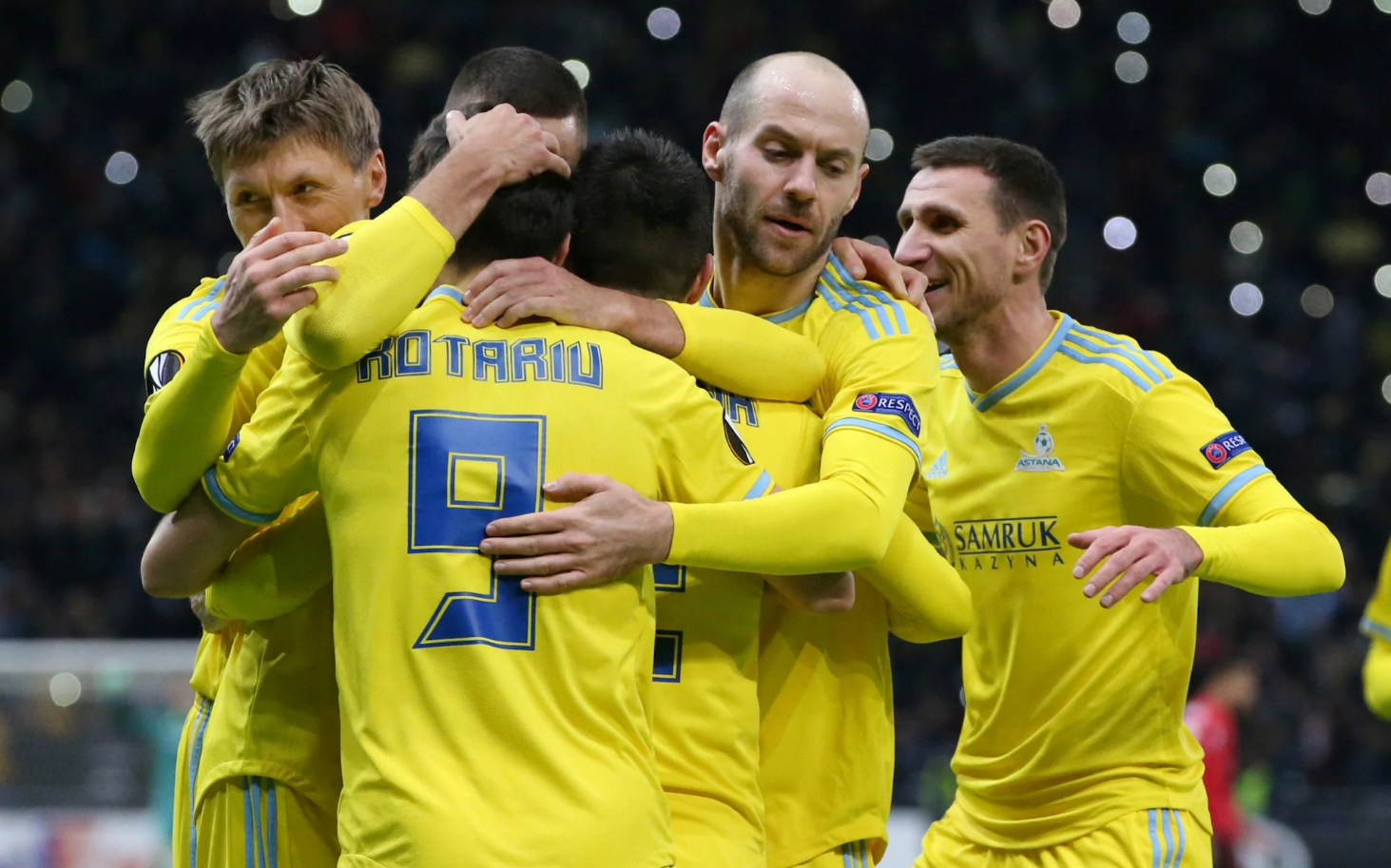 The European football (soccer) campaign of the Caspian football clubs this week saw wins and losses after two clubs from Russia played their next games in the UEFA Champions League and their counterparts from Azerbaijan and Kazakhstan took the pitch in the next round of Europa League.

Zenit Football Club from the Saint Petersburg city of Russia outpaced the French club of Lyon 2:0 at home in Champions League (CL) on November 27 gaining seven points after five games in Group G.

The club is currently in the second spot of the group, where German Leipzig takes the lead with ten points. The last away game against Portuguese Benfica on December 11 may put the Russian club in the playoff round if they win the match and Lyon loses to Leipzig in the parallel game. Otherwise, they could continue in the Europa League (EL) playoffs.

Moscow’s Lokomotiv football club bid a farewell to the European football stage after its fourth loss in five games of the Group D in Champions League, the major club-level football tournament of Europe.

A 1:2 home match loss to German Bayer Leverkusen on November 26 meant the Russian squad will feature neither in CL nor in EL playoffs after the New Year. On December 12, Lokomotiv will travel to Spain to finish the fruitless CL campaign with the match against Atletico Madrid.

The most surprising result of the week in Caspian football was unarguably Kazakhstan’s Astana football club’s win over the English giants Manchester United in the fifth game of the Europa League, the second-best club-level tournament of Europe.

The game in the capital Nur-Sultan of Kazakhstan saw Astana beat Manchester United 2-1 securing the first win in five games in Group L. The victory meant to the club nothing than glory, as they have already relegated from the tournament in the wake of four consecutive losses in previous games. Astana’s last game in the European football stage will be against Serbian Partisan in Belgrade on December 13.

With Cyprus’s Apoel’s 2:0 win over Dudelange of Luxembourg on the same day, Qarabağ lost chances to qualify for the playoffs of the tournament. Whatever the last game’s result will be against Dudelange at home, Apoel will book the playoff ticket due to the aggregate win against Azerbaijani champions in two games, which ended 2:2 in Baku and 2:1 in Nicosia.