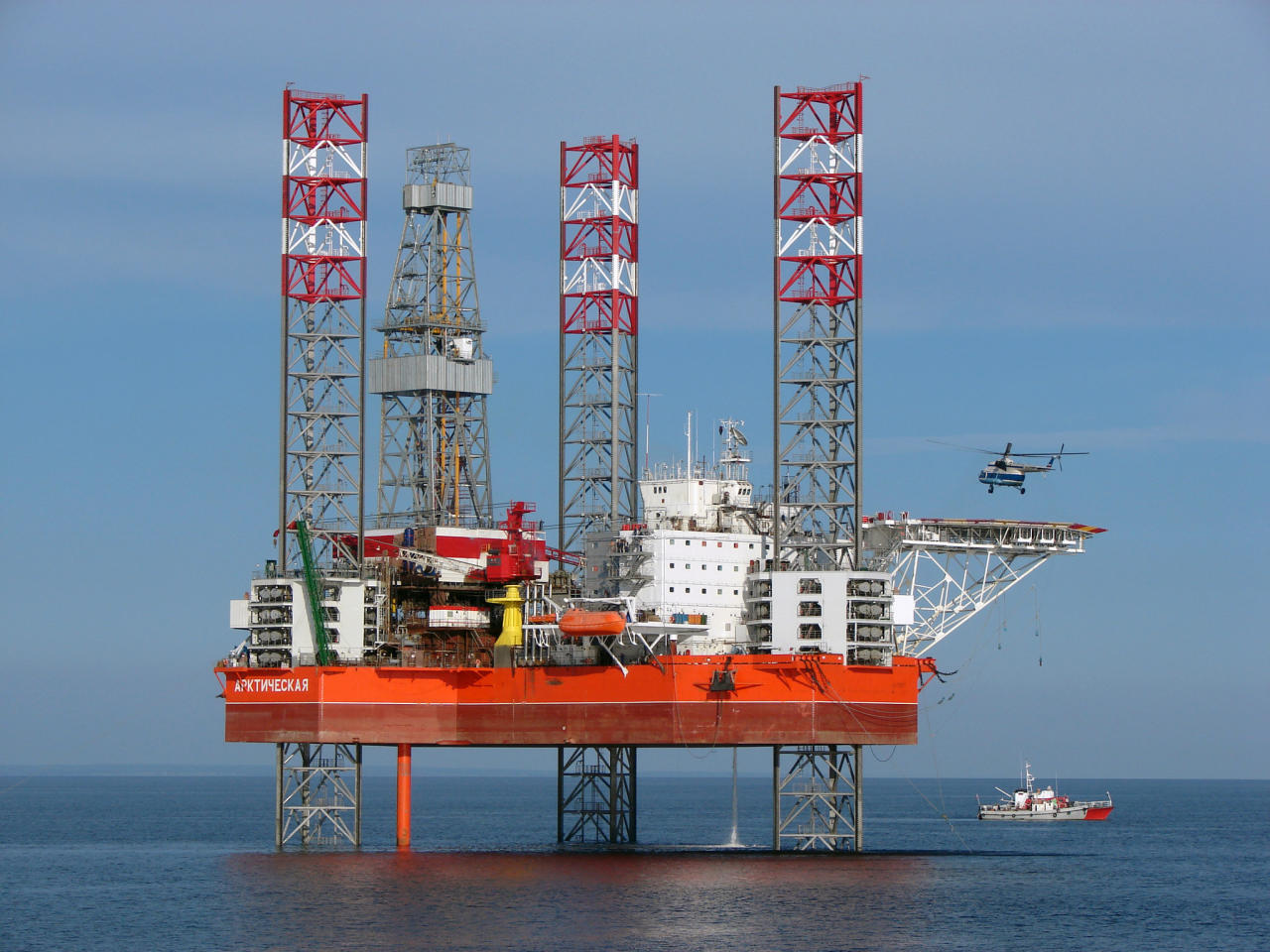 The KMG-owned oil rig, which was launched in 2015, is a type of mobile platform that consists of a buoyant hull fitted with movable legs, capable of raising the hull over the surface of the sea

State-owned energy companies from Azerbaijan and Kazakhstan have signed an agreement to use Kazakhstani deep sea equipment for drilling beneath Azerbaijan’s portion of the Caspian Sea.

The agreement was signed by Kazakhstan’s KMG Drilling & Services Company, the subsidiary of KazMunayGas, and Azerbaijan’s Caspian Drilling Company, the subsidiary of SOCAR, on the margins of a meeting between KazMunayGas (KMG) chairman Alik Aydarbayev and the president of the State Oil Company of the Republic of Azerbaijan (SOCAR) Rovnag Abdullayev that took place in Astana on February 16. The agreement follows an announcement in January that the two sides had inked a memorandum of understanding (MoU) whereby Kazakhstan’s technology would be used for Azerbaijani projects.

Specifically, Kazakhstan’s jack-up rig called Satti will be used for digging in the Absheron field of Azerbaijan’s sector of the sea, which is being developed by BP. The KMG-owned oil rig, which was launched in 2015, is a type of mobile platform that consists of a buoyant hull fitted with movable legs, capable of raising the hull over the surface of the sea. Weighing more than 10,000 tons, the rig is supplied with a helipad and residential modules that enable up to 86 personnel to live and work comfortably and safely.

The agreement between KMG and SOCAR calls for the modernization of Satti before operations in Absheron get started. Upgrades to the equipment will enable deep-sea explorations of wells at a depth of over 6,000 meters. Under the terms of the contract signed in Astana, Kazakhstani specialists will participate and provide technical support for operating Satti as SOCAR explores wells in the Azerbaijani sector of the Caspian Sea.

Azerbaijan already utilizes a few semi-submersible rigs of its own, named Istiglal, Dede Gorgud, and Heydar Aliyev, the latter being named after the country’s former president. Rigs used in the Caspian Sea by SOCAR-AQS, the joint venture between SOCAR and Nobel Oil Services, include the EEC/JC70D, Drillmec HH300 and Drillmec 3000hp, made by the United States; the Chinese-made Hong Hua/ZJ70D; and the Bentec 3000hp procured from Germany. These units can handle water depths between 500 to 900 meters at deepwater drilling projects such as Umid, Guneshli, West Absheron and Bulla.

Alik Aydarbayev and Rovnag Abdullayev signed the MoU between KMG and SOCAR in Baku on January 28 that also called for geological exploration of the sea, a joint study of geological and geophysical materials for hydrocarbon exploration, as well as collaboration in logistics, and the trading of oil and petroleum products. Joint operation of Satti is the first part to the cooperative arrangement.